To My Universal Mother

by Alfiya Laxmidhar 3 months ago in Family
Report Story

Thanking you from every cell of my being 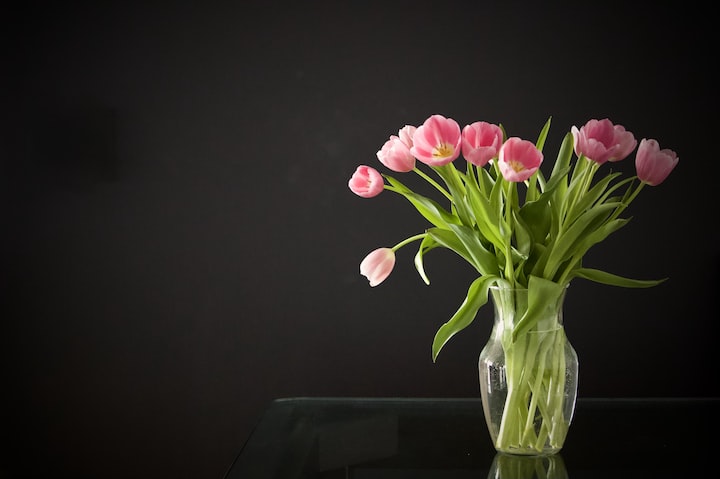 Photo by Julie Marsh on Unsplash

Mother, the matter of my universe

In the life that I hold and in the life that I claim as mine, I am forever grateful to my Mother as she is a symbol, a representation and an archetype of all the things I behold in the realm of matter.

From the core, expanding out I thank you

I have never been to confession, but if I had to confess something to my spiritual Mother I would say this...

Whatever I did to deserve this honor, the guidance to find solutions and receiving the understanding on matters I was uncertain about, I am grateful to you and I feel an abundance of humility.

Patience is probably the first attribute that comes to mind that has helped me the most. Even when I clearly erred, you never abandoned me and I felt you when my mind wasn't full of guilt. I wish to embrace this attribute and practice patience for my own children. With patience, comes the little rests in between a trigger and reaction. Reactions are understandable but sometimes they don't represent who I am. They can sometimes lead to a distraction of what is really important in the bigger picture.

From the outer world of where I am, I thank Mother earth in the form of the animals I have encountered, the sacred plants I have tasted, nature which has given me company and the ground which supports me every second.

My confession to Mother earth is...

In this wild jungle we call life, trials and tribulations have been softened and disappeared because of you. I walk the terrain which has lead me down on a path that I could have never imagined, yet, there is no other path I would have taken. In the jungle, you taught me several things. How to let go, how to face my fears head on and see that at the end what I feared was only in my imagination, that unconditional love is the greatest power and that death doesn't exist.

In my human world, my mother who gave birth to me has upheld the title of Mother like a champion.

As I helped wash the body of your mother with your sisters, her corpse was frail and your sisters told me not to cry because the dead did not like mourning. You and I have never spoken about the death of your mother. I was in England where she resided when she died while you were stuck in NZ as your passport had expired.

When your mother was still here, I visited your mother whom I called Nanima, she was alone in the hospital bed curled up in a fetal position just like a baby. Her tiny frame took up very little space, making the hospital bed look large. Her gaze was vague and she wasn't acknowledging anyone or anything. As your sister, nephew and niece stood around her bed, I went down to her and took her hand to hold. Her hand was cold and bony. She looked at me but didn't say anything. Then your sister came to the bed and said "Look, its Nashim! Nashim came to see you."

I couldn't let her lie like that, so I said, "It's Alfiya, it isn't Nashim, but she really wanted to come and see you. Her passport expired and she sends her love and salaams."

Everyone said I looked exactly like you. I think your sister was in deep hope to see if Nanima showed any sign of being alive, however, Nanima maintained her blank expression and remained emotionally flat. Even though at this stage her physical body was alive, inside she seemed dead. My random trip to England proved to be meaningful because after holding Nanima's hand, 6 hours later, she had died.

When the family in England found out I called you in NZ but you were out. So I told Dad.

Since Nanima died, we have never spoken of her death and what that meant for you. I have never asked what your relationship was like with her. Since you were 17 years old, after marrying Dad, you were no longer in Nanima's presence in England as you moved to NZ. So faraway from your family with a few visits to each other for these past 52 years, Nanima was hardly mentioned. I never asked either but I wonder what your relationship was like with her.

I would guess you never spoke about your deep feelings with her. She seemed like a closed book. And being your daughter, you as my mother, you are equally as mysterious. Your not closed but you will not speak about your life unless I prompt you with a question. Maybe she was the same.

My mother of few words, the calmness you surrounded me with, I thank you for what you taught me. Your silent strength outshone your silent struggles and your observing eyes with no need for analysis enhanced your wisdom.

Thank you Mother for the valuable lessons you instilled in me and with the patience I learnt from you, I want to carry this on for my own offspring.

More stories from Alfiya Laxmidhar and writers in Confessions and other communities.