Infidelity Destroys Your Past, Present, and Future

by Susan Eileen 2 months ago in Dating / Secrets
Report Story

When Your World Comes Crashing Down 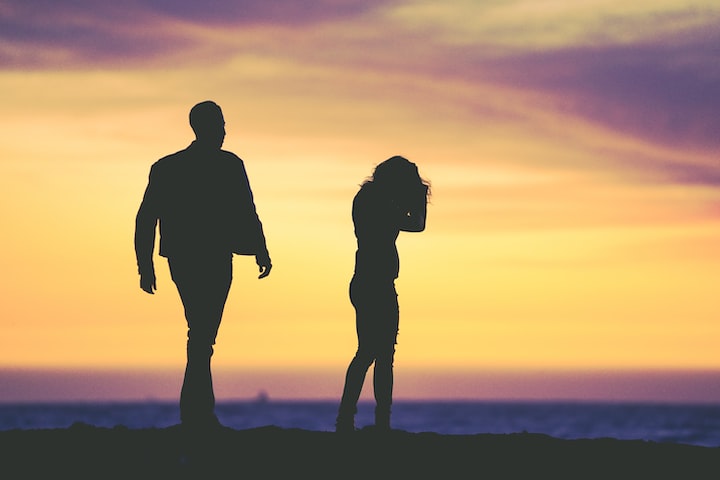 I remember when I realized that my ex-husband had found another woman. All of a sudden numerous suspicious memories from the past were made clear, all of my hopes and dreams of retiring with him disappeared and in the present I was worried about where I would live in a few short weeks. In short, my past, present, and future were in all in jeopardy.

Let me start by saying that I don't think he ever really liked me as a person. He liked being seen with me, he liked my money and emotional support, but he didn't really like me or my family for that matter. I apparently was just easy prey. I'm now suspicious of anyone I have that much chemistry with is not really chemistry - its really just our dysfunctions matching.

He was exceptionally abusive to the point that my self-esteem could fit in a thimble by the time our marriage was over. This caused me to further lower my standards in the men I chose after the divorce. A couple I wouldn't even call men - they had a serious cases of arrested development that only a professional could fix and even that is a stretch.

But as I was saying, I there was a lot of missing time in the past few months. He was hiding his cell phone, going out with friends I had never heard him mention before. He was extra hypocritical and judgemental. When I would ask for sex, he would list ten reasons why he would never touch me like that again. As I said exceptionally abusive.

For some idiotic reason, I still wanted to grow old with this man. I still wanted us to sip mai tais on the beaches of Costa Rica one day. I wanted us to be as happy as we were during the honeymoon phase of our marriage. I realize now, that I was the only one who was happy during the honeymoon phase of our marriage. He apparently thought he settled.

Upon realizing that my marriage was over, my present day affairs were in crisis. Where would I live? Could I afford to live on my own? Who will be my divorce lawyer? How did my life get to this point after twenty five years of marriage? And most importantly, why was I going to miss the man that treated me like dirt? The brain is a complicated organ. I didn't realize that escaping abuse would cause a glow up like nothing I had experienced before.

I didn't realize that the best days of my life were yet to come. I've recently written a book that has been picked up by a publisher in Texas. I'm not sure it will do well with the market being saturated as it is. But, at the end of the day, I can say that an actual publisher picked my book.

Now I feel 52 years young and I'm exceptionally selfish with my time. As my brother once said about my mother, sometimes she was not selfish enough. I get all the me time in the world, which is at first disorienting, but if I want to sit down and read a book for seven hours straight, I can. If I want to get my eyebrows waxed, I can without anyone micromanaging the twelve dollars I spent around the corner.

I no longer have to rush home to cook a meal for an ungrateful man. Really, the perks of being single are endless. Its MY time and I get to choose how I use it. So ladies, if your man is cheating on you, please take it as complement. Insecure men chose the weaker woman, if given the option. The fact that he cheated, means you're probably stronger than you think, or that he's just a pig - either way - it really has nothing to do with you (more than likely), but something inherently wrong with himself.

I am an aspiring writer currently writing a book on the Sober Revolution we are in the midst of, a book about essays that will change the way you think, and a novel about a serial killer. I am also working on a book of poetry.

More stories from Susan Eileen and writers in Confessions and other communities.