Indescribable rage and the eye for vengeance

by Takudzwa Dembe 5 months ago in Humanity
Report Story 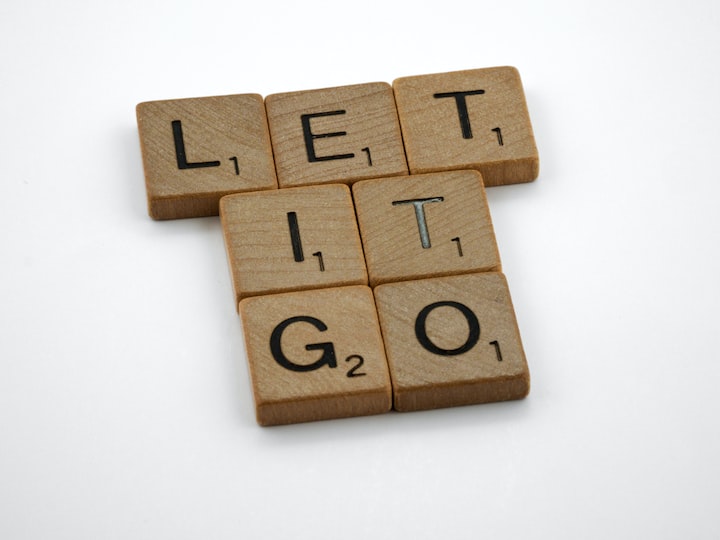 Is letting things go ever as easy as letting things go? You often get told by your friends and peers that " you're better than that" or " do not lower yourself to their level". However, if we are pragmatic about dealing with negative emotions towards a situation that has affected your wellbeing, is it truly easy just to let things go?

I was always one to dismiss friend and family when I thought that they were being petty. Life has taught me that the only reason I didn't understand the factors that lead someone to be spiteful, is because I had never been in spiteful triggering situations. Now that I know better and have been in a spiteful situation myself, I know that letting things go is not as simple as letting things go.

This is my story, after a celebratory event that was filled with memories of bliss and great joy. My friend and I decided to go where everyone had said they were going to meet up, which was the bar to be on a Wednesday night. The question for myself that I had was that did I really want to go? After all it had already been a big night, many drinks were had and it was approaching midnight. However, my friend insisted and said that the celebration was a once in a while thing and because I was moving to another city I had to make the best of the moment. After a few drinks, I am easily swayed and that's something that I have been working on. Why not? I thought to myself and even went on to order the uber that took us to this venue.

Upon arrival to this place, something seemed off to me and i had a feeling that i was not meant to be in this place. I will stay for a few drinks and go home, is what i told myself but that was so far away from the truth. I got lost in the drinks and the bliss of the happy faces that surrounded in me in the venue. I loitered around the club and drowned myself in more drinks dancing to the good music. Suddenly, I couldn't find the friend I had come with who had guaranteed me that you would look after me no matter what. Its so common for me that when I go out with males to clubs, they always bounce without even a farewell. what kind of etiquette is that though? When you have gone out with someone, you have to look after each other especially where drinks are involved just in case the night gets too messy.

As I was dancing I bumped into familiar faces and I got really excited. I then accidentally bumped into another brother and he got really upset. I tried to apologise to him but he would not have a bar of it. He was actually with a person who seemed familiar and it didn't take long for me to remember. The person who he was with was an old acquaintance and i exchanged greetings with him. I asked him to intermediate and help me reconcile with his mate. However, all attempts went down the drain as this angry man was really bitter and didn't have a heart of forgiveness in him. The more I tried to fix things with him the angrier he got at me. So I did something that anyone who knows me well knows that i struggle with, I walked away without resolving the conflict.

I bumped into other acquaintances and we were really jovial to see each other. We jumped around , embraced each other and danced to the beautiful melodies of the beats that the dj was playing. Song after song we danced and round after round we drank. For a split second I even forgot that I was beefing with this bitter guy, until I gazed upon him looking at me with an eye of resentment. It really bothered me and I couldn't let it go anymore. So I approached the lad again and stretched out my hand ,raising a white flag of peace and reconciliation. Again my efforts of peace were turned down and the man got even angrier at me. He then threatened me mumbling many words like a fast rap musician and he did it pointing a finger at me. You would think that someone as smart as i am would know that there is no point trying to flog a dead horse, but i kept trying. He became really impatient with me and yelled at me until his friend, my old acquaintance, just told me to let it go and move forward. So I did then decide to walk away.

I then bumped into another acquaintance of mine who is a lady in her 20s and she almost hurt her chicks smiling at me. Being a polite person, I decided to exchange greetings and had a brief chat with her. Little did I know that these people had come together and that my interaction with her would even piss him even more. At this point I was treading on thin ice and the girl picked up on the tension that the guy harboured towards me. I then went about my business and just clubbed with other people and new faces. As I was leaving the club, ready to grab a kebab and go home, I saw this guy again outside with his crew giving me weird eyes. At this point, any wise person would steer clear of this man and avoid trouble but on this night i made bad calls. I decided to pick a bone with him and tell him that i felt targeted and that's when all the commotion began.

I walked towards him and asked him what his problem with me was? Without even thinking that he was surrounded by many of his mates and they could all gang up on me. He then threatened me and without giving me time to process what was happening, he pushed me. He was yelling from the top of his voice "lets fight" clenching his fists. I got really frustrated as I had been trying really hard to clear the air with this guy. He swung at me and punched me on the chest. In retaliation, I swung back as a way of self-defence to which he ducked. However, he did it so smoothly that i realised that he had done this before. If anything, I had an epiphany that he had been probably baiting me the whole night and targeting me. I was so disappointed that i had stooped down low to his level by trying to defend myself. After that i did the most honourable thing i could have done in that moment which was to run away in the directions of security at the club and seek refuge. After they had been told to vacate the premises, I went back home and slept. I woke up the next day with pure bitterness and negative emotions. It didn't take long for me to realise that this was rage. I tried to shake the feeling off but the more i tried, the more spiteful i felt. I had to get revenge, the thought of making this man accountable was banging in my head. I decided then and then i would not rest until justice was served........................................................................... to be continued.

More stories from Takudzwa Dembe and writers in Confessions and other communities.