I Am the King of Petty

I've had my fair share of awful housemates and if I'm honest, I think being petty is the only way I've survived this long... 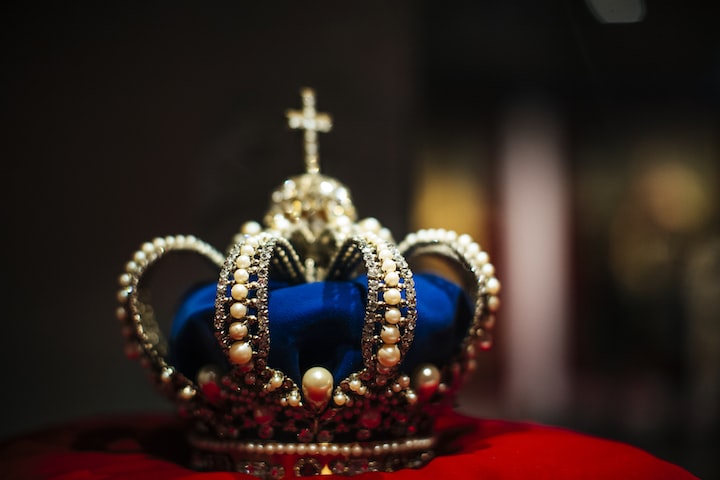 I have a confession to make. I'm petty. Very.

Some might call pettiness a bad habit, but I see it more as a trait I've developed over the years in order to survive. Don't get me wrong, I'm actually a very tolerant and patient person, but there's only so many times you can be a blatantly ignorant ******** before I start getting petty. There are a lot of irritating people in everyday life, and you have the opportunity to simply walk away and avoid them most of the time. Unfortunately though, that's not always possible, especially when you live with them.

I live with four other people, some of them are great, and others... not so much. Thankfully the bedrooms are rather spread apart across the two floors so we have some space. However, one of the housemates' rooms shares a wall with mine, and he happens to be the loudest of us all. When he's not blasting out repetitive tunes while practicing for his band, he's gaming. I didn't realise how much screaming, shouting and obscure sounds are involved with online gaming until he moved in.

There's just a certain level of social awareness he seems to lack that's infuriating. Of course I send polite reminders about stuff all the time, but he never seems to take things fully on board. So now I've resorted to being petty in order to get me through, and if I'm being honest, I don't really have any intentions to change that. Let me explain why.

When my instrument-playing gamer housemate is being loud for prolonged periods of time, I crank up the volume on my TV and play STFU by Mansionz on repeat. It's actually quite a banger. If you're not familiar with the song, the chorus goes a little like this:

Shut the fuck up right now and let me breathe

Shut the fuck up right now, let me do my thing

Sometimes I've been known to sing along too. It's a miracle that he still hasn't gotten the message, but to be honest I don't even care, it feels great being able to tell him to just STFU. I'm actually listing to the song right now while writing this article. It's quite therapeutic actually. There's even a one hour loop of the song on YouTube so perhaps I'm not the first one to have this idea.

A little while back, we seemed to have a problem where we'd always get really low on toilet paper, and no one else would buy any. It was always me replacing it, which was completely unfair for several rather obvious reasons. So what did I do?

Well, I grabbed a few rolls of toilet paper from the cupboard to keep in my room, then continued using the shared toilet paper with everyone else until it ran out. Then, when I needed to use the toilet, I would bring a roll of toilet paper in with me, and then take the roll back to my room after when I was done. They literally ran out of toilet paper and had to quickly run to the store to replace it. Just like that, it wasn't my problem anymore. Pettiness had saved the day.

Depending on where you're reading this from you may or may not relate, but here in tropical Queensland (Australia) flies are a huge problem in the summertime. They're everywhere, and if you don't empty your kitchen bins really regularly you'll end up with a bin that's overflowing with maggots. It's disgusting. I know because I made this mistake once before and never did it again. The housemates apparently still needed to learn though because I was seemingly the only one emptying the bins.

I sent countless reminders to the house group chat reminding them to take out the bins, and they would only do it once or twice after I asked before stopping again. So it would just go back to me doing it all the time. Now at this point I was spending half my time at the share house and half my time at my partner's place. So every time I was planning at staying at my partner's place for a few days I would always make sure I emptied the bins before I left.

That was until one day I decided to show the housemates what happens when you don't empty the bin, and let them deal with the consequences. It's petty doing stuff like that, I know, but when you think about it, I didn't really do much of anything. In fact I did quite the opposite - I did nothing.

So the next time I went to my partner's place for a few days, I deliberately didn't empty the bin before I left. Sure enough, a day later there was a message in the group chat complaining about maggots everywhere in the kitchen. I waited a few extra days before coming home to make sure they had to clean it up. But after that experience they were all seemingly more motivated to empty the kitchen bin.

#4 I got sick of dirty dishes

I feel like this is a pretty generic 'shitty housemate' thing, but someone has a bad habit of leaving dirty dishes in the sink all day. Now if you live with yourself, that's fine, do your own thing, but when you live with four other people who also need to use those dishes to make their own meals multiple times a day, it's downright inconsiderate. On top of that, even when the dishes are washed, they are never washed properly and I usually have to rewash them before using them anyway.

So what did I do? I bought my own dishes and kept them separate from the others. That way I could use the plates, bowls etc. wash them, dry them and have them ready for my next meal without having to also do the washing of the lazy housemate(s). Was it petty? A little. But was it effective? Absolutely.

So what's my point here?

Well, there's a few actually, but mostly I'm just trying to say that being petty isn't necessarily a bad thing. Sure, it can be bad if you take it too far or become petty when it's unjustified, but ultimately it can do wonders for your wellbeing, especially if people aren't respecting your boundaries.

The world is full of lazy people who won't hesitate to take advantage of you if you let them. But you don't have to. Beat them at their own game. Be petty. Because f%$# everyone with no respect for your boundaries.

P.S. If you're reading this Ted, STFU.

More stories from J. R. Lowe and writers in Confessions and other communities.