Am I Committing Social Suicide?

By openly refusing to drink alcohol at any social gathering 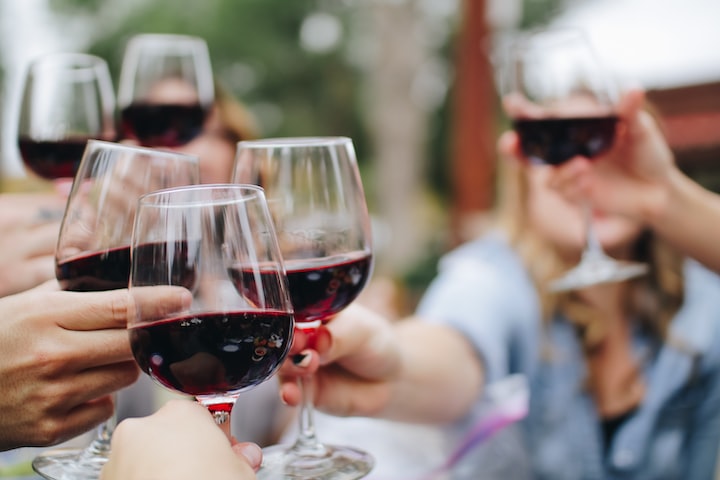 Photo by Kelsey Knight on Unsplash

My boss was telling this riveting story of how she got sick from drinking too much and puked in her handbag so as not to ruin her party dress. The others around me could relate to that. Some had matching or even more sozzled stories on offer.

I had none. Zilch. Zero. I do not drink alcohol.

Ouch! That hurt to admit.

I secretly wonder if I am committing social suicide, one alcohol-free, sober evening after another.

I have no interesting drunken tales to tell. And that makes me look boring in certain social milieux. I do try my best to fit in. I laugh out loud and nod knowingly at stories of wild, unsober nights out.

I gather up my best histrionic talents and raise my eyebrows, widen my eyes in disbelief or emit tut-tuts of disapproval as the occasion demands. I fake it till I make it. And I secretly wonder if I am committing social suicide, one alcohol-free, sober evening after another!

Growing up in a culture where alcohol was not a part of daily life at all, it was only after moving to the western world a few decades ago that I tried my first sips of alcoholic drinks. ‘‘It is an acquired taste,’’ I was told. ‘‘You’ll get there.’’

But I didn’t. I hated the strong acidic smells. The burning sensation of the liquid trickling down my throat made me cough and splutter. Maybe my taste buds are more sensitive than most.

I was also keenly aware of the health risks of regular alcohol consumption.

So, I just stopped trying.

I started refusing to drink at all.

I have sported the label of a teetotaller and faced the inevitable music.

For the last decade or so, I have openly refused to drink. No, not even one sip. Not because it’s against my religion. I do not follow any flipping religion anyway.

“Is it because you are a woman, surely the men in your culture drink? “ asked one bewildered socialite once. I have even been asked if early detection of breast cancer has scared me off the heavenly manna! Most of the time, my response has simply been, “I don’t like the taste.”

I have sported the label of a teetotaller and faced the inevitable music.

Of course, there are some who get it, There are people who make a conscious choice to accept and respect me for who I am. It doesn’t bother them that I will not be drinking at their wedding or birthday or work function.

Just as it doesn’t bother me if others around me choose to drink. I am a firm believer in the freedom of personal choice for every fellow human.

My morbid fear of social rejection stems from something more fundamental. It is the awareness that I am refusing to partake in a ritual that is viewed as one of the essential ingredients of social bonding. I am not being one with the tribe.

What if they begin to think I am rejecting them?

What if they choose to reject me first?

When we first moved into our current neighbourhood, we were invited to a neighbourly gathering. We found the company friendly and witty. The mood got increasingly jocular as several glasses of alcohol were emptied around us.

“We should get together sometimes, just us girls,” suggested one lady. “ What kind of wine do you like?” she asked while making even more detailed plans.

I had never seen anyone lose interest in me so rapidly once the truth was out.

Maybe I am gradually alienating myself from the people in my social circles. My colleagues who love their Friday night drinks, my friends who (still) invite me to occasional weekend catch-ups and even my extended family who politely offer me sparkling water in a wine glass at family gatherings.

Or, maybe I am being paranoid. Maybe this is my innate insecurity of ‘not being accepted into the western world,’ because I am an immigrant. Even after more than two decades of assimilation into the local population, do I still stand out? Or is it just in my own head? I am still grappling with where the truth lies.

In the meantime, I ask you, my readers, are there similar fears of your own you grapple with? What do you do about them? What is your opinion?

Am I committing social suicide by refusing to drink?

More stories from Rhea Dyuti and writers in Confessions and other communities.