Songs To Heal A Homesick Heart

by Reija Sillanpaa 18 days ago in playlist

My Go-To Songs For A Pick-Me-Up 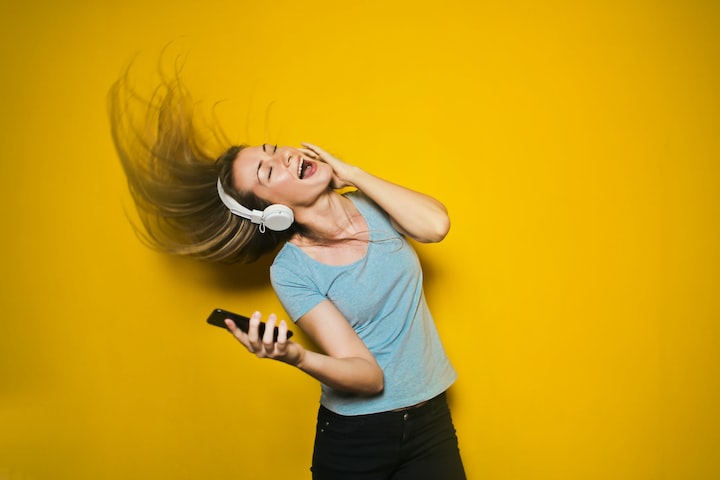 I’m a legal alien, too. I’m a Finn in London. Though London is the place I have called home for over 25 years, my heart belongs to Finland.

The last two years I have been feeling homesick. A lot.

Because the last two years have not been kind to me. I have been plagued by two evil Cs. First in 2019 I had my own personal battle against cancer and then in 2020 COVID-19 arrived.

I was diagnosed with womb cancer in March 2019. That was the start of seven long months of treatment that saw my holidays to Finland canceled. And then when things were looking up for me personally, we began to hear about this new virus causing deaths in China.

Before we knew it, country after country closed their borders and went into lockdowns. And once again I was unable to go home to Finland.

Thanks to the two Cs, I have only been home very briefly at Christmas 2019 in the last two and a half years. Normally I go home three times a year. So when I can’t do that, I get withdrawal symptoms.

At times when the homesickness hits, music helps

But not just any music. Music with the power to evoke memories of happier times. Times with family and friends. Times alone wandering through forests or sitting on the beach watching the midnight sun.

Some are old Finnish songs that I love to belt along to when nobody can hear me. Others are songs I have danced, cried and sang along to with friends and family.

You’ll find nothing contemporary here. Only songs with history will do when it’s time to heal a homesick heart.

Nothing can beat Finlandia by Sibelius when it comes to evoking powerful feelings in me. I close my eyes and visualise the blue lakes and the lush green forests of home. Or I watch the video below.

And then there is Veteraanin Iltahuuto. A song traditionally sung by the veterans of the Second World War. A veteran sang it at my grandfather’s funeral and it's a song that will always make me cry. I'm getting watery eyes as I write this now, listening to the song and thinking of my grandfater.

Sometimes it’s good to have a good cry.

But other times, I need the opposite. I need songs to dance and sing along to. Like Aino by Dingo - the Finnish sensation from the eighties. The singer was my first celebrity crush.

Listening to the song reminds me of hot summer days (and yes, we do get hot summer days in Finland; it's not all igloos and polar bears). My friend and I would turn up the volume and dance around the garden until the batteries on the old portable cassette player ran out.

And songs by Sandra transport me back to my cousin’s room when we wrote fan letters to her. My cousin being a few years older, helped me out with the English.

Kiss’s Rock And Roll All Nite brings up fond memories of debating with the boys who was better: Kiss or Sandra.

By the time I left primary school and started secondary school, there was a new favourite on the scene: New Kids On The Block.

My sister and I watched the videos over and over again and dreamt of meeting the boys one day. My favourite was cute little Joey. Needless to say that my early teenage dreams of meeting them never came true.

Fast forward a few years and I couldn't care less about meeting them. Instead I would have sold my sister (probably, as by this point she was the most annoying person in the world) to meet Axl Rose from Guns & Roses with his bandanna and cycling shorts. Or the beautiful blond haired Sebastian Bach from Skid Row.

I used to bang my bedroom door shut and blast Skid Row songs - because I knew it annoyed my parents - everytime the teenage me thought they were being unfair.

Sadly neither Alex or Sebastian are quite so hot anymore.

Sometimes I want songs to party like it’s 1994 again

It was the year when most of my friends and I turned eighteen and could legally go to the bar. It was a year of parties and the year before we all parted and went our separate ways.

We sure as hell made the most of the year and there might have been some very creative ways of gaining entry to the bars for those of us with birthdays later in the year.

On Friday nights we woud crowd the dancefloor and jump around to Rage Against The Machine’s Bombtrack and Beck’s Loser. Offspring and Nirvana could always fill the dance floor, too.

When I listen to the music that reminds me of those days, I crank up the volume and jump around my living room until I collapse on the sofa, exhausted. To give myself a little breather, I put on Linger by The Cranberries or perhaps R.E.M.'s Everybody Hurts.

From grunge we evolved to Britpop. The height of Britpop for us was the summer of 1996.

I was back home after my first year in London. As I listen to Blur’s Parklife, I remember the glorious weekend at Ruisrock, a music festival by the sea in Finland.

About thirty of us had travelled there to see Blur and Pulp perform. The lineup of dreams at the height of Britpop.

Disco 2000 always reminds me of swimming in the sea with Jarvis Cocker and Damon Albarn. I nearly choked realising who was swimming nearby, but they were totally unaware of my presence. Shame, as that point Damon was my number one celebrity crush.

Inevitably I get the urge to switch to something Finnish again and I remember a firm favourite from a summer nearly ten years ago. My friend and I were both newly single and I stayed in Finland for wonderful six weeks that summer. We spent many a summer night sitting on the beach, chatting and playing music.

One of the songs we had on repeat was Enemman duoo ku sooloo. That song will forever more remind me of those days, the white sands and the blue seas. Whereas Kylmasta Lampimaan by Jukka Poika transports me back to Rymy-Eetu, a bar in Helsinki where we danced - everyone does - on the tables until the sun came up again.

And when I hear the lyrics to Tuu Mun Vaimoksein by Olavi Uusivirta, I'm once again in a car with my friend. There is already a hint of the autumn in the August night as we drive over to her parents' summer cottage for another sauna and therapy chat session.

But nothing compares to listening to Zen Cafe's Minun Kaupunkini when I'm homesick. The singer is from my hometown. So he knows. And you can hear it in the lyrics. He describes the town exacly as I remember it growing up.

And that is always a good point to stop.

These are songs that have kept me going when I can’t get home.

I hope that as 2020 comes to an end and we welcome in the new year, we will get some of our freedoms back and I can go home and party like it’s 1994 with my friends again.