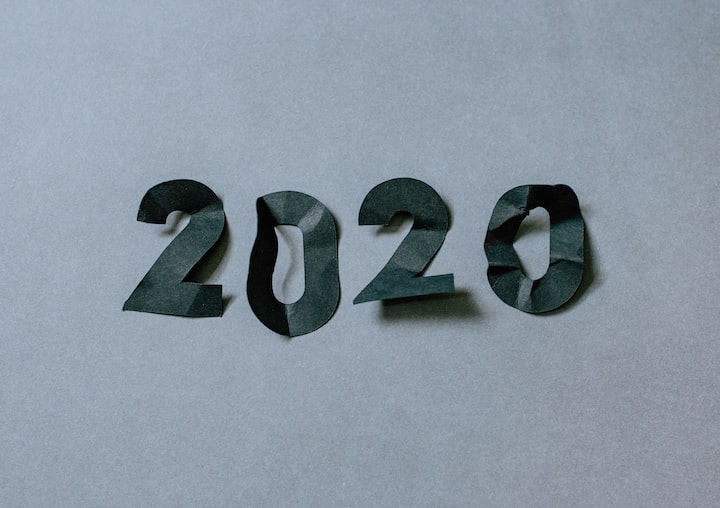 2020 has been a challenging year for all. The pandemic has been compared to both world wars and all the other health pandemics before them. With a new vaccine on the way, there is a message of hope. Until the vaccine becomes safe and available to all, the world works on becoming tighter neighbours and some people have done whatever it took bring smiles to those less fortunate.

2020 has been a year where some have had to stop, and some have had to work harder than ever. All of us have been effected by this cruel virus, and even those who try to deny it will feel it’s cold hand. If there’s one thing that has kept us going it is music. Music to keep us going through our workouts, and music for those who were able to go on holiday in the end and those who had to use music for TikTok videos and those who use it just to stay sane.

This playlist is a mixture of both old and new songs that I not only enjoyed a lot this year, but feel that it captured the Essenes of 2020 and my personal life.

One of the best tracks from an underrated album from the godfathers of heavy metal, Black Sabbath. One of the few albums they did with Tony Martin and Brian May playing guitars gives this song a wonderful haunting atmosphere. This song overflows with darkness and I think it’s a relevant song for this year because of the high death rates with COVID in my country.

The Last Attempt - Veil of Secrets

Vibeke Stene is best known as the original soprano vocalist in Norwegian Gothic Metal band, Tristania. Coming out of retirement with her new project, Veil of Secrets, The Last Attempt is a lovely song from Ded Poetry that really captures the nostalgic sound of earlier Tristania albums. The track is very roomy which I think captures the atmosphere of this year.

This was a song recommended to me. 2020 made me go through a time machine as far as music was concerned and through that, I discovered great music from the 1970s and the 1980s. This song is one of my favourite dicoveries. It’s a great rock tune and it’s also positive and makes me think of all the kind things people have done for the world, even though the song is about sex.

For this playlist, I have selected a lot of heavy tracks for the simple reason that 2020 was a heavy year. I think a lot of people will love to say goodbye to 2020. This song is wicked and amongst one of my favourites in Ozzy’s new album, Ordinary Man for the ending, “do they sell tea in Heaven?”

Micheal Jackson was really ahead of his time. What I liked about his music the most was the preaching of a better tomorrow. Themes of corruption, climate change and poverty. He has so many dance tracks, but this one is deserving of a place of his greatest hits. This was one of my top played tracks on Spotify. All the problems Micheal mentioned in this song are even more critical than ever.

Shoemaker is a new track from Nightwish’s 2020 album Human Nature. At first I didn’t like the album but lockdown gave me more time to listen to the album and it really grew on me. Shoemaker is my favourite on this album because of it’s lyrics. It’s an ode to scientist, and we should be thankful for them for the two new vaccines that have come out.

I Want You Now - Depeche Mode

I’ve always loved Depeche Mode, but for some reason, Music For The Masses slipped under the radar for me. Then when I heard I Want You Know for the first time in a long time, it really sent chills down my spine. A beautifully raw and crafted track that I think captures the feelings of longing and missing. There’s been people that we haven’t seen for months and it really takes a toll on your mental health.

Entertain You - Within Temptation

Within Temptation released two new songs this year and I really like this one the most. I love the band and really like the playlists they made to help with lockdown. I really think the song title is appropriate for this year as it makes me think of the people who have done crazy things to entertain people.

And that’s my picks my 2020 rewind playlist. I hope you all have a happy new year and that 2021 will be an epic year.