by Jason Ray Morton 8 months ago in design
Report Story

The five cars with the highest price tag ever! 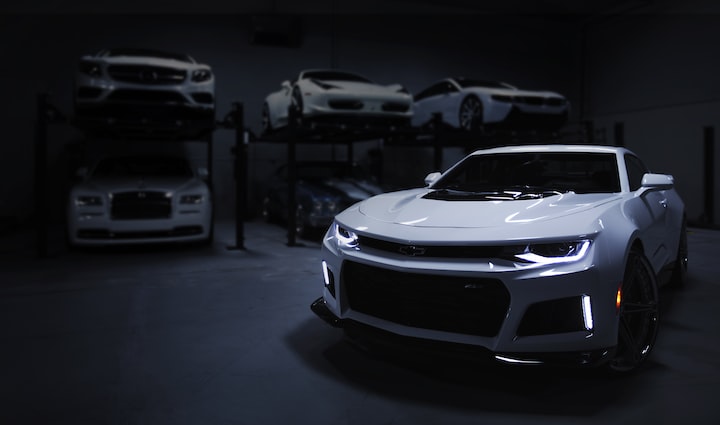 Photo by Peter Broomfield on Unsplash

If you don't speak french, let me interpret for you. It's not as fancy as sit sounds. "La Voiture Noire" is French, for "The Black Car." It's a Bugatti with a huge 16-cylinder engine and the trademark Bugatti front grille. This beast of a sports car was unveiled at the Geneva Auto Show in March of 2019.

The true form of luxury is individuality."

It's amazing what a little individuality might cost. Well, if you're driving the monster in this picture, it'll cost you $19 million dollars. That's a ton of individuality.

This looks like something out of Michael Bays Transformers. Named for its cunning resemblance to a "little boat", the blue-tinted frame of the car is formed of carbon fiber and its' chassis is made of what Pagani calls 'Carbo Titanium'. This allows the car, which is ultralight, to offer a thrilling experience of speed to its' driver.

The Pagani stands only 21 inches tall at its' highest point and has a suspected top speed of 338km/h. It accelerates from 0 to 100 in just 3.4 seconds.

The price will give most people in the world a nightmare. This Pagani sells for $17.5 million, making it an exotic auto for the one-percenters.

A company famous for luxurious rollouts, there were only 4,000 Rolls Royce cars manufactured in 2016, so don't gasp too much at the price tag.

This exclusive care came with custom coachwork, reminding people of royal carriages of years past. Modeled on the Wraith, this car can seat just two people. The sunroof is fully panoramic, tapering off in the rear to look like racing yachts. Based on models from the 1920s and 30s, this classic, retro-looking Rolls, comes at a price of $13 million.

With this model, Bugatti is paying homage to its' 110-year legacy. Centodieci means 110 in Italian. The car has an 8.0-liter W-16 engine capable of producing an impressive 1600 horsepower. It accelerates from 0 to 62 in just 2.4 seconds, making the Centodieci the quickest-accelerating Bugatti on the streets.

The design of the car is influenced by Romano Artioli's Eb110, a supercar from the early 90s. It's designed to interpret the shape and technology of the past models, and with all the bells and whistles, you can pick one up for the low, low price, of $9 million.

Built in Germany, by a luxury car manufacturer, Maybach Exelero is recognized for its peculiar design and price tag. There's only one model of the car that has ever been produced. This $8 million car combines the elegance and high quality of high-end limousines.

The car was originally commissioned by a tire company that wanted to test its new line of tires. The tires of Exelero are of magnificent quality.

While the idea of spending $19 million on a car, or even $1 million on a single car, sounds like financial insanity, I'm not a billionaire or even an exceedingly wealthy millionaire. Out of the top five most expensive cars in the world, there isn't one that I would drive even if I was Elon Musk rich. People keep things interesting, and the rich are fun to watch.

More stories from Jason Ray Morton and writers in Wheel and other communities.