If You Want a Taste of Real UK Comedy

by Victoria Shearer about a year ago in pop culture

It's not all top hats and posh accents... Here's what you need to watch to understand British pop culture 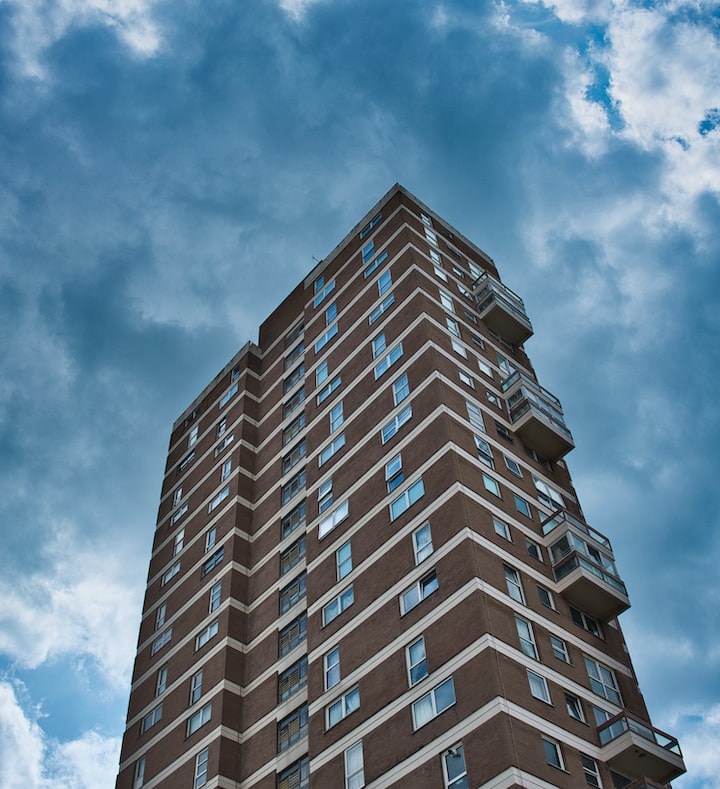 Photo by Gunnar Ridderström on Unsplash

I’m not going to discredit the likes of Downton Abbey, Bridgerton or The Crown, but I hope everyone isn’t naïve enough to assume that’s a fair reflection of what life is really about over here in the UK. I wanted to give a list of TV shows that not just show something a bit closer to reality, but also programmes that we intrinsically know and love.

I should preface this article by confessing my ignorance to the awareness of UK shows beyond our borders, but didn’t want to miss the opportunity to at least attempt putting them on the radar. This list is comprised of the TV comedies that your family religiously watches, that you’ll stick on the TV when you’re feeling a bit down and in need of familiarity, and those that you’ll forever be quoting with your friends decades after their release.

Originally airing in 1981 and running until 1991 (plus the odd Christmas special until 2003), this show has always been a staple in my life, and in the lives of most people that grew up in the UK. It follows the lives of two brothers, Del Boy and Rodney, as they wheel and deal their way around South London in their 3-wheeled Reliant Robin car. They’re just trying to catch their break in life, but they live on a council estate and flog knock-off brands from a suitcase in the market, in an attempt to make something of themselves.

You can pick up episodes as you go (a bit like you only need to know the characters of Friends to get the gist of an episode) but it’s better if you know the overall narrative and fall in love with the characters.

It’s British comedy at its finest and it holds a very special place in the hearts of the nation, with every character being instantly recognisable and usually with at least one catchphrase for each. It’s comfort television and set up the cast as icons forevermore.

One day, Rodders, we’ll be millionaires.

Now I think this show has some notoriety, going from the number of high-profile cameos in the 2016 film, but I urge you to check out the original episodes. Ab Fab aired from 1992 for three series and was written by iconic female writing duo Dawn French and Jennifer Saunders. It is based around a fashion PR agent desperate to be successful in the 90s high-society world, and her alcoholic editor best friend. This dynamic, along with the protagonist’s failed marriages and strait-laced teenage daughter, brings all the desperate glamour and superficial opulence you could want.

They parade themselves around London in terrible fashion (‘all the gear and no idea’, as we’d say here), drinking Bollinger until it’s coming out of their eyeballs, and bowing at the feet of the likes of Kate Moss and Stella McCartney. Hopelessly obsessed with being the golden child of PR, Edie is infatuated with whatever diet fad has come along, and makes sure to shout about it.

Regularly quoted among my own social group (I’m proud to say I can do a passable Edie impression), as the title suggests, it’s Absolutely Fabulous.

The Vicar of Dibley

Oh, how we wish for a Christmas special of this every year. Every. Year. Occasionally they’ll do one for Comic Relief, and although it always pales in comparison to the original series, we lap it up merely at the opportunity to revisit the sleepy town of Dibley.

Set in a quiet village, not dissimilar to the one I grew up in myself, it follows the comedic endeavours of their first female vicar (and quite a naughty one, at that). Written by our beloved Richard Curtis (Four Weddings, Notting Hill, Love Actually), Dawn French plays the titular character and does it with endearing heart and fitting comic timing.

There’s some great cameos in their charity specials, including the likes of Johnny Depp and Kylie Minogue, but it’s the main characters that we’re really here for. If you grew up in the countryside, you’re more than familiar with the people that show up to parish council meetings to debate the height of hedges, and the woeful but funny disengagement between the rich folk and the regular people.

The characters are loveable, the stories are sweet in their mundanity, and the comedy of a female vicar in a conventional parish is a treasure trove of laughs.

See, I love Gavin & Stacey, but it’s one of those that I don’t know would work if you don’t know the nuances of British life. We all know someone exactly like every main character, and that’s where the joy begins, never mind that it’s written and starring the now-beloved-by-Americans James Cordon. It’s brilliantly written, the characters are fully formed and all stand out in their own way, and you can genuinely laugh out loud with all the family.

Everyone knows a dramatic mum like Gavin’s, or an eccentric uncle like Stacey’s, so we watch it for the beauty of understated and offhand humour. I don’t think amusement arcades are a staple anywhere outside of here, but if you’ve ever been to a beach in the UK, you’ll know the setting is down to a tee.

The main characters, unsurprisingly, are Gavin and Stacey. One lives in England and the other lives in Wales, and they meet through a customer service phone line that he calls through work. They get chatting, they fall for each other, and they meet in person. That may as well be the bare bones of it, but then you add in James Cordon and Ruth Jones (who wrote it together), eccentric parents and intrusive relatives, and the difficulties of navigating a relationship despite distance.

It’s worth adding that the original Carpool Karaoke was actually through a Gavin & Stacey sketch for Comic Relief, starring George Michael.

Let’s just say that The Inbetweeners was very of its time, and despite not being that old, hasn’t aged well in some parts. However, it’s still quoted endlessly, the cast are immortalised through it, and it’s also very very funny. I’m not justifying it, especially as a member as the LGBT+ community, but there has to be some jokes that need to be taken with a pinch of salt as a sign of their time. If we park that element, and acknowledge that some of the jokes weren’t poking fun at the community but rather appropriating the terms for what they were in teenage culture, this show was iconic to us.

I’d like to hope that the general concept can be appreciated wherever you’re from (although I turned off the US version within 5 minutes because the humour is in the teenager audacity, and it's not fair to dumb that down). There might be some nuanced UK swear words in there, but they’re good ones to know, if you ever venture over here. Trust me, if you’d have come into my secondary school with a briefcase, you’d definitely been called a ‘briefcase wanker’ too.

For us, the core of the show is that we all know someone that’s exemplified in one of the four main characters: the posh geek who recently moved to the area, the awkward wannabe alternative guy unsure of what he wants, the guy who brags about conquests that never existed, and the loveable dumb member who never knows what’s happening.

I’d love to throw some quotes in here, but so many are part and parcel of knowing the show, or at least have to be accompanied with gestures, which hopefully you’ll come to appreciate too.

I’m going completely off-brand from where I’ve taken this article so far, but I don’t even know where to start with Skins. It summarised a generation in the UK. Everyone, and I mean everyone, watched it while we were in 6th form (your last two years at secondary school, from 16-18). We either lived that life, or we were sat at home wishing we did (although now, as an adult, I’m pretty glad I didn’t), but regardless, it’s pretty spot on.

Although this isn't an outright comedy, it is rooted in lighthearted banter and the comedic tropes of being a teenager, which is also marred by their typical woes (both normal and severe). At its heart it is endearing and lovable, albeit pretty depressing at times, but it's too much of a British staple to miss out of any recommendation list.

Not to slag off the adaptation in America, but it took 15 minutes before the shivers up my spine powered me to turn it off, purely based on the dilution of the script. You can’t replicate something entirely and then try to stick a PG filter over it, surely?

I urge anyone who attempted the US one to give the OG English one a go. If you don’t like it, that’s fine too, but don’t let the good name of Skins be undermined by a watered-down remake. It’s sex, drugs and teenage existential crisis, and we can all say ‘I know someone exactly like [insert kooky character name here].

Plus, you can’t dispute that the casting of the UK series wasn’t amazing, despite largely being down to open auditions. The actors have gone on to have exceptional careers: Nicholas Hoult (X-Men), Dev Patel (Slumdog Millionaire), Daniel Kaluuya (Black Panther, Queen and Slim), Joe Dempsey (Game of Thrones), Kaya Schodelario (The Maze Runner/Pirates of the Caribbean), Jack O’Connell (Unbroken), Hannah Murray (Game of Thrones), Aimee-Ffion Edwards (Peaky Blinders). Most of them were plucked from obscurity and here they are. That has to tell you something.

I’ve heard people be surprised that this is truer to teenage life than it may seem, but keep in mind that the UK drinking age is 18, and it’ll make more sense.

Now as an attempt to pull it back from the bleak comedy of Skins, I'm coming out of left field on this one, and it really is from the other end of the spectrum. Written and starring Julian Barrett and Noel Fielding (you might know the latter as a presenter on The Great British Bake-Off), its quite hard to explain as a concept, other than that it's weird, wonderful and very trippy. They're originally zookeepers, there's a talking gorilla called Bolo, Noel's brother plays a shamen, they go on adventures to the Arctic Tundra, the moon can talk, there's musical numbers... I really can't add much more to the list without sounding like I'm on hallucinogenics, but it's not an inaccurate description of it.

Be prepared to be transported on a 'journey through time and space, to the world of The Mighty Boosh', because you might not be the same on the other side.

I have a whole lot more that I'd love to throw in there, and if you'd like to look a bit further then I'd recommend Black Books, Peep Show, The Thick of It, Father Ted, The Royal Family, Men Behaving Badly ... among countless others. Again, I should reiterate that I'm naive to how far and wide these have spread, but check all of them out if you want to see how aligned your humour is with ours!

More stories from Victoria Shearer and writers in Wander and other communities.