The Scent of a Mother

by Cat Brooks 7 months ago in family

And the hero I never wanted 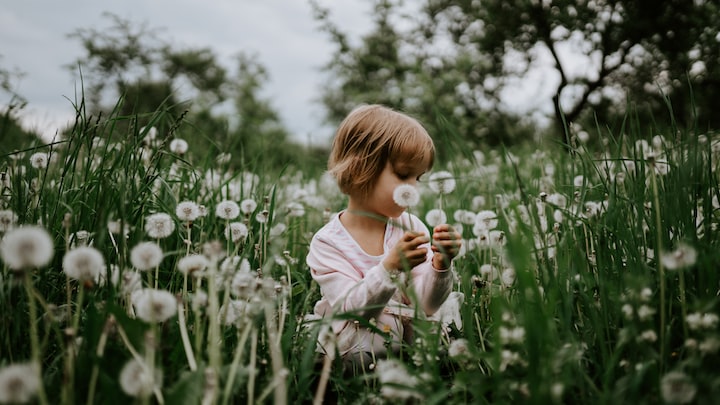 Mama Yangu Shujaa Wangu. These four words forever stain my arm with the memory of all that my mother has done for me, even in the moments when I felt like she wasn't doing anything but neglecting and rejecting me.

The words are Swahili and their meaning translates to, My Mother My Hero. The word Shujaa can also be translated to mean warrior, as well as hero. Neither of those words were attributes that I would have given my mother when I was younger. Perhaps in my much earlier days of childhood - before the divorce and the breaking of our family - I did see my mother as my hero, my warrior woman.

I remember when I was very young, no older than five, I would curl up in my mother's laundry just so I could smell her. Sometimes I would take her clothes out of her dresser drawer and lay with them so I could feel closer to her; breathing in my mother's essence, subconsciously seeking the comfort and safety of the womb that brought me into this world in which I didn't seem to fit.

As a demi-social introvert (aka; hardcore loner) who was also cursed with the chubby tomboy gene, I have spent my life feeling like an outcast and an outsider. Always waiting on the other side of the barrier, face pressed to the glass, wide-eyed and curious as to why I didn't have whatever it was everyone else seemed to have that allowed them to fit in and left me outside in the cold all alone. This feeling was never more harshly felt than when my mother was the one on the other side of that glass wall. Not because of anything she was purposely or consciously doing, but because of one simple and undeniable fact;

I am DIVERGENT and my mother is not.

First, let me clarify what I mean by divergent as it pertains to myself. Differing and Deviating, the first defining traits of divergent. These two words describe me to a tee, and they have also been the source of much of my adversity. And while these traits do get me at my core, it is the mathematical definition that really makes my spirit roar.

In math, divergent refers to an infinite series that does not converge and therefore has no finite limit. It is this very aspect of my being that has prohibited me from fitting into or being accepted by almost every social group to which I have ever desired or attempted to belong.

For how could I ever fit into a finite group with clearly defined and limiting parameters when my soul cannot be defined and refuses to be limited? A question that has only left me with more questions. Heart-wrenching queries of a lonely young girl feeling like the Beast in a Disney Princess world.

For who could ever learn to love a Divergent?

I'm barely even woman enough for my own heterosexuality.

I can't tell you how many times I've heard someone refer to me as butch dyke or assumed I was a lesbian just because of my non-ladylike behavior or my aversion toward sexualizing my appearance. I even had a friend once suggest to me that I try batting for the other team because my appearance and behavior doesn't quite fit the heterosexual norm for a woman. To which I replied with initial laughter, followed by the justifiably pissed upchuck of emotional ranting about how my sexuality and my appearance have nothing to do with each other and I shouldn't have to alter one to fit the other.

Side note; if you're looking for a great read about redefining the term ladylike, you should definitely check out Jesse Bixby's new article here.

When the world would cast me out for all it's various reasons - too fat, too weird, not feminine enough, not agreeable enough; always too much or never enough - all I wanted was for my mother to have my back. I wanted her to say, "Screw the world! They don't understand you like I do and they are lesser for it." I wanted her to tell me that I was different because the universe had bigger plans for me, that I was exactly who I was meant to be. But instead my mother said, "Just make more friends." Spoken like a true extrovert! Oh, if it were only that simply. But I didn't want more friends, I wanted my mom.

I remember watching a Netflix documentary about Tony Robbins entitled, I am Not Your Guru, in which Tony briefly describes his relationship with his mother and what he said in that moment hit me to my core and has stayed with me ever since. He said, as if speaking right to me,

"If she had been the mother I had wanted, I would not be the man I am proud to be."

Those words pulled on me like an anchor and I fell to my knees, an ocean of tears flooding from my eyes. All the times I had wished for another mother; someone who understood me better, someone who could actually relate to me instead of just being related to me. All those years I wasted lamenting the lack of a Gilmore Girls type of mother-daughter bond, when all along I had the mother I needed to have in order to become the person I was meant to be; the woman I am proud to be. She wasn't the hero I wanted nor was she the hero I asked for, but she is my hero nonetheless. My Mother, My Shujaa.

Thanks for sticking around. I hope you enjoyed the read. If you did, go on and hit that like button. And if you feel so inclined, a tip would be devine!

Just a girl in a van with a dog and a dream, and a penchant for rhyming... and a few other things!

Receive stories by Cat Brooks in your feed
Cat Brooks
Read next: Society.