by Outrageous Optimism 12 days ago in activism

United We Stand, Divided We Fall 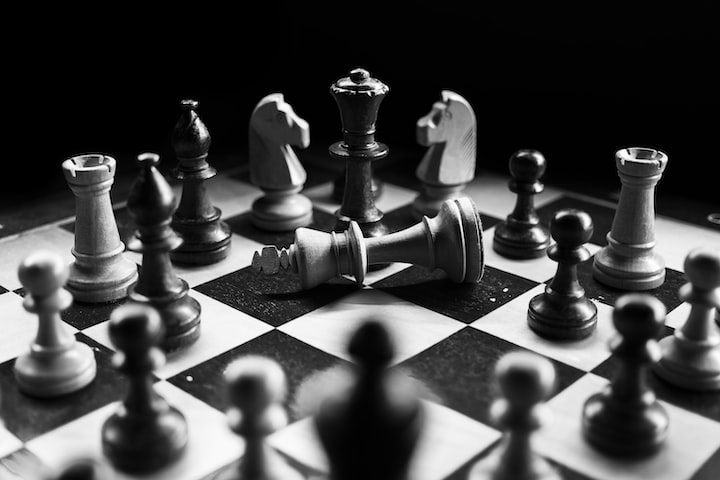 At some point in your life, you may have come across an ominous-sounding proverb that goes something along the lines of divide and conquer or divide and rule. You may be wondering what it means, how it works, or if it is even still adhered to today… Surely we’re much smarter than to allow a singular person/institution/belief system to divide us right? Looking around at the state of our planet, the war, the famine, the infighting amongst groups who would normally stand united, and the inequity marginalised people are still facing… it is unfortunate to say, but we still seem to be very much susceptible to a motto that is thousands of years old.

Dating back to as far as 359 BCE when coined by the Greek ruler, Philip II of Macedon, and continuing to frequently pop up throughout history (including in Niccolò Machiavelli’s 1521 book called The Art of War), it has become the cheat code for corrupt rulers, institutions, and people to get what they want while aiming to avoid the consequences of their actions.

The premise is simple. Divide and Conquer is used to enable one “ruler” to control a variety of people or groups who would otherwise collectively be able to oppose their rule. The ruler would do this by sewing distrust amongst these people/groups, preventing them becoming allies and distracting them from the ruler’s bad behaviour by making them focus on the imagined bad behaviour of those who might otherwise be on the same side. When the aforementioned people/groups are not fighting amongst themselves, they are confiding in the ruler who has positioned themselves as the saviour or voice of reason, which in turn, feeds said ruler more information needed to cause further harm to the above people/groups.

The other way the ruler would retain power, especially if they have one particular threat in mind (usually the person/group who threaten the status quo), would be to find ways to get the target to distrust their closest allies so strongly that they would feel the need to step back and protect themselves – therefore, isolating themselves, weakening their position and cutting themselves off from any help when the ruler strikes.

Examples of Divide and Conquer

Politics: to instigate rivalry between smaller power groups, preventing critical discussion and avoiding any significant challenge to the dominant power structures. For example, pitting different factions of the “lower” classes against one another to stifle potential rebellion against the “elite”.

Corporate Psychopathy: to keep employees in a state of toxic competitiveness, which works to strengthen and even advance the leader’s grip on power. This may be as employees are too focused on winning the approval of their leader – or tearing down who they think is their competition – to notice that the leader is implementing exploitative behaviour, with said leader taking sole credit for the results of all that extra labour anyway.

Foreign Policy: when disinformation is tactfully spread throughout enemy states to cause them to question their alliances with other nations. Once these alliances begin to weaken, the vultures begin to circle.

Narcissistic Relationship Dynamics: using family dynamics as an example, the narcissistic parent/s will exercise their control by pitting their children against one other. This will usually involve a “golden child” who can do no wrong and a “scapegoat” who is the cause of everything that could ever go wrong. The title and treatment given to each child will regularly change, causing insecurity as to their position in the family and making them fight amongst themselves for the parent/s’ affection. Due to the inconsistent levels of affection they receive, the children will come to see each other as a threat, allowing the narcissistic parent/s to present themselves as the saviour or voice of reason.

This technique also has the potential to be applied the same way in any toxic dynamic – typically by the self-imposed ruler in question using the target’s insecurities about a thing/place/person to their own advantage. Dynamics like this can be especially difficult to spot if you are somebody with a lot of empathy – as I’ve written about previously here – because you spend too much time trying to work out why somebody could possibly want to treat others in this way.

Divide and Conquer in the Feminist Movement

To explore one grand example of Divide and Conquer being used to instigate in-fighting between marginalised groups, you need not look further than the kinds of toxic competitiveness which has been historically pushed onto womxn and into Feminist movements. As a classic example given by Florence Given, author of Women Don’t Owe You Pretty:

…women are called “bitches” for being assertive, setting firm boundaries or standing up for themselves. Most of the time, it’s not even men who call women bitches. When we turn against each other, it’s patriarchy’s very sneaky way of continuing our oppression – because it gets other women to do its dirty work, so it doesn’t look guilty of being the reason we are taught to compete with and hate each other in the first place. (Pg. 17-18)

I saw this play out to a certain extreme when I was told that “only bad girls go to cafes because they’re trying to attract boys” (I mean… maybe we just like coffee). Or the multiple times when people (even myself when I was in my early teens) would proudly claim that they “aren’t like other girls” in some weird bid to garner approval from the dominant groups who would consistently ridicule and pit us against one another.

Other ways this can be seen is through phrases encouraging you to hurry and couple up while you’re still young and beautiful like: “you don’t want to be the last one on the shelf.” This toxic competitiveness can be seen rearing its ugly head every time you find yourself feeling anger towards another womxn you think is conventionally attractive because she is going to “take your partner away from you” – even if that womxn has had no prior history of doing anything of the sort. Additionally, you may find yourself having strong feelings of dislike towards a womxn who is either too loud or too quiet for your liking because she is “too bossy and is giving us a bad name” or “too passive and is disempowering us all”.

This style of competition is itself disempowering, toxic, and entirely confusing. It can make us act out or try to change ourselves in odd ways, as I’ve written about previously when I made a vow to try and change some of the negative belief systems that I grew up being socialised to adhere to. The rules don’t make sense, the guidelines are conflicting, and the goalposts keep moving. This is intentional. It is also a highly effective way to sell us products which we believe are going to save us from our insecurities – but that is a different article altogether.

In much of the same way that we are pushed to become the Poster Girl for the perfect womxn, we find ourselves falling into the same traps with the Feminist movement. As Given, reflects from her early days in discovering Feminism and unlearning harmful dynamics:

I would water down my ideas and feel disgusted at myself, as I found that their reaction to my watered-down feminism was feeding my internalized misogynist, making myself out to be “not like those other feminists” for their temporary approval. (Pg. 73)

Change is always uncomfortable because we are challenging somebody’s whole worldview, parts of which are deeply ingrained into their sense of identity and have oftentimes helped them to survive. Whilst this is understandable, and as unnerving as it is to feel the rug being pulled from under our feet, we must not remain stagnant. Marginalised groups gaining power does not have to diminish the power of those groups who have already attained it. We must stop allowing ourselves to be divided and conquered by those convinced it will.

A good way to bring each other together in the strive for equity for all is to look into Intersectional Feminism.

Gender discrimination isn’t the only thing that holds women back from being recognized as equal in our society, especially when those women are of color, queer, trans, or otherwise marginalized for reasons aside from their gender identity. (Carmen Rios, 2015)

Too much of the time, certain factions within the Feminist movement will turn a blind eye to the oppression of other marginalised groups. Additionally, they have tried to curtail any form of Feminism that doesn’t fit into the neat box they seem to have drawn around it. They may say things (particularly when concerning womxn of colour) such as, “this is too divisive” or “they’re ruining the name of the good Feminist”. When they say things like this, they are not only implying that race isn’t their issue, but they are also denying the fact that the system of oppression is connected. If even one group falls prey to oppression, then we are all under threat.

A fight towards any kind of equity and liberation under an oppressive ruling system is almost never pretty and palatable. Nor is the goal reached by censoring the experiences of different groups within the Feminist movement in another bid to win temporary approval of the dominant group. This isn’t to state that there aren’t many mxn who are undeniably disadvantaged physically/mentally/financially by our current systems; Feminism stands for equity for all. The movement certainly couldn’t have made significant headway without the assistance of a diverse array of oppressed peoples.

What this looks like in practice is coalition-building, activism in solidarity with other groups of people, and checking your privilege in order to listen to the folks struggling with a different kind of experience with oppression than yours. (Rios, 2015)

Whilst the problem may seem enormously complex and multi-faceted, perhaps too overwhelming to feel like we can change much alone, we can start by eliminating the kind of toxic competitiveness mentioned in this article. We can work to consume diverse content, highlight the voices of marginalised groups outside of our box instead of censoring them, admit our own shortcomings, catch ourselves when we’re inflicting our own insecurities (fed to us by oppressive systems) onto other womxn and recognise the privileges we do have. We can understand that we have more in common than we do that is different and learn about how our fear of the unknown can and has been being used against us.

Up until now we have been bombarded with the same stories that either make us subconsciously hate ourselves or hate others. It’s time to change the narrative, and the power lies in your hands. (Given, Pg. 39)

Elevating the voices of other marginalised groups does not make us weaker, it is when we are divided that we become easy to conquer. To reiterate, if there is even one group left behind, none of us can truly be liberated. Stand united, and we stand strong.

Writing on a variety of subjects that are positive, progressive and pass the time.

We're here for a good time AND a long time!

See all posts by Outrageous Optimism →