The Importance of Women Encouraging other Women

by Kyri Martinez 7 months ago in feminism

In the world we live in, women need to stick together. 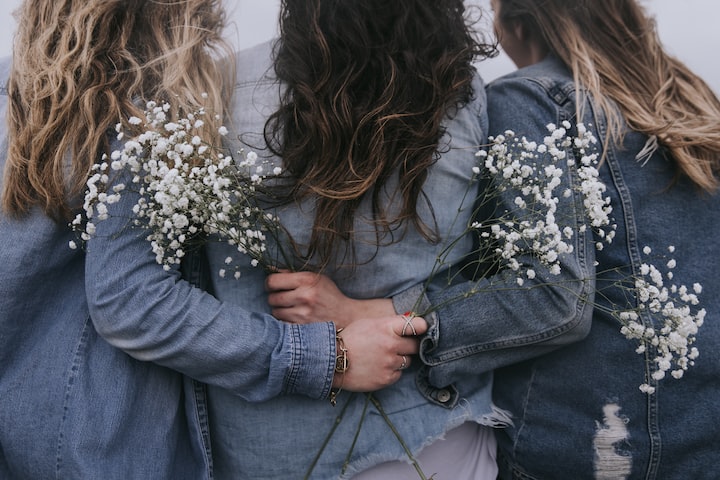 The World We Live in Today

Being kind is the most powerful thing that you can be at any given time. In today's world women need encouragement. Now, I am by no means saying that men don't need encouragement as well but what I am focused on throughout this blog is women helping women. First, you never know what someone is going through. Be there to encourage someone else in their time of stress. Don't listen to rumors, or the nasty things a person says on social media about your friend. I think it is important to connect on social media.

Personally, this week alone, a few different women reached out to me and just talked about life with me. That meant the world to me. Maybe that girl who appears to be so happy in social media is actually having a really rough time in real life. Maybe that girl in the picture that appears to be bubbly and outgoing is being harassed daily and just needs another girl to tell her that she's been there and she wants to help in anyway, she can.

Use Social Media to Connect

We are all constantly on social media so why not add a few girls on Facebook just to connect? I know a lot of people say "stranger danger," so I get that as well. Be smart about it, but the more you connect, the larger possibility you have of helping someone who truly needs it. Sometimes, a supportive friend is all someone really needs. There have been several times in my life where all I wanted was someone to care about my feelings and have someone be able to relate without calling me crazy.

Can you think of a time when another woman reached out to you and lifted you up instead of tearing you down? I have seen so many people constantly tearing each other down. Have you ever stopped to ask the question of why? What did she do to you to deserve your hate? Did she join a group and you felt jealous? Jealousy is the worst enemy and we need to nip it in the bud. Did you ever stop to think that maybe that girl admires you and wishes she could do what you do? Maybe she joined for inspiration.

That girl you just called fat and ugly might struggle with depression and anxiety. She wonders why she even bothers trying. This is why it is so important to help each other out and be encouraging instead of hateful. Did you know that your tongue is the most powerful weapon that you have? Did you know that that comment you just posted made a girl cry herself to sleep every night for months? Maybe all she wants is to fit in but you didn't want her to because you think she might get more popular than you. Why do you care about being popular? Popularity is not everything. You know what is important though? Mental health is important. Your feelings are important and valid. Don't use your own insecurities as an excuse to hate others.

Try not trolling on her Facebook or Instagram page. Maybe try to be a positive influence on that group you just joined. My husband got out of the marines but during my time on base, I constantly saw other wives tearing each other down instead of building each other up and forming the strong community I thought I would find when I became a military wife. Instead, I found that I had to be careful about who I was friends with because I might end up befriending someone who would later stab me in the back. If you don't like someone, that is okay, but please don't tear them down because of it. Leave them alone and mind your own business.

Together, We Are Stronger

Ladies, if we stick together and work together, we can make the world a better place. The amount of cattiness that is going around in the world today is horrifying. I am ashamed at the amount of people who spend their time coming up with rude things to say about each other.

Even just a comment on someone's post saying, "you're beautiful girl," can make a world of difference in someone's life. Most girls just want friends who aren't going to talk trash about them behind their backs or make up nasty rumors that could never be true.

Stick together ladies, you would be surprised at the difference it would make. I challenge you to find even just one lady that you can build up this week. That could mean many different things, but try starting with a comment or a message. Remember, we are stronger together.