by Kyri Martinez 15 days ago in family

The beginning of deployment was the hardest.

Saying goodbye to him was the hardest thing that I have ever done. We were newlyweds. This wasn't how it was supposed to be. We were supposed to pick a house together or at least make a house on base our home together. I didn't want to leave him. We were only together two weeks after we got married. I wanted to stay all the way up to him getting on the bus to leave. However, he was trying to look out for my best interest even if I couldn't see it at the time.

The weeks we spent together after we married were spent getting our affairs in order. This meant we were getting social security, licenses, my military dependent card, etc. all taken care of before he had to leave. It felt more like business than a honeymoon. Don't get me wrong, we tried to do a few fun things but most of it was preparing for deployment.

We were fortunate enough to stay with his brother and sister-in-law during those two weeks. That helped us to save a little money and it was also good to see them. However, all the more reason to add to my claim that it felt more like business and not a honeymoon.

When the day had arrived that I was flying back to Kansas, I fought to cancel the flight and stay until the very last day. He said it was going to be even harder if I stay because he would be getting on a bus and I would be clinging to him, begging him not to go. I kept asking him, "Why do you have to go? It's not fair. I want more time with you." It was always the same answer. "Honey the Marine Corps doesn't care about your feelings unfortunately. They care about duty. Now it is my time to go fulfill my duty." I hated this comment but I understood and knew it to be true.

We stayed at the house until the last possible minute that we could, enjoying the little time we had left together. Then, it was time to drive to the airport. The car ride over was silent. I was overridden with sadness, and he just held my hand in hopes to comfort me. He didn't want me to go anymore than I wanted to go.

When we arrived to check in the bags we asked the man at the front desk if Quinten could go up with me. We informed them about the situation and they were able to give him a pass to go through security with me. As we waited for the time for me to board the plane, I sobbed and held on to him tightly. "I don't want to go," I said. "It isn't fair, this isn't how this is supposed to work."

The time came for me to board the plane and his hand slipped away from mine. My heart felt like it was being ripped out of my chest and getting crushed. As I boarded the plane, I was hysterical. People tried not to look at me in hopes of being respectful. 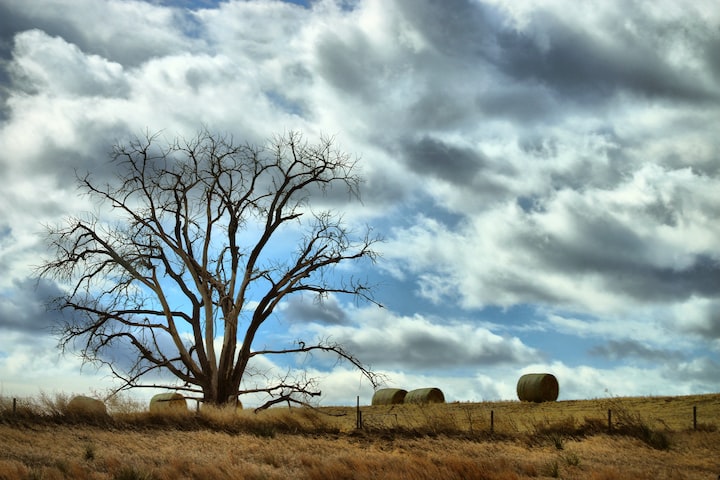 By Laura Seaman on Unsplash

As soon as I got off the plane, I immediately called Quinten to let him know I had made it and remind him that I would much rather be with him. As I walked down to wait for my luggage, we talked about how we already missed each other greatly. We both knew this was going to be hard but we could do it.

My Aunt and Uncle arrived at the airport shortly after I had retrieved my luggage. You see, they had to pick me up because our car was at their house and also because I would be staying the night with them. When I got in the car, they asked me how our time together had been. I told them it was good, but I really wished that I could have stayed. It didn't take long for us to arrive at their house since they live close to the airport.

We didn't really talk for much longer after we arrived due to it being rather late. I went to the room they so kindly prepared for me and facetimed Quinten. Again, we talked about how I wish I had been able to stay and how unfair it is that he had to go on this deployment. He again reminded me of how much the Marine Corps cares about feelings.. I talked about how I would send him all these care packages in hopes of making deployment somewhat bearable. He said he looked forward to it.

In the morning, I drove back to my hometown, playing the music loudly in hopes to drown out my thoughts and fears of deployment. I didn't want to talk to anyone so, I drove all the way home without making any pit stops. I didn't want to hear anyone else talk about it yet.

When I arrived at my childhood home, I walked into the house and my mom was there to greet me. When she hugged me, I immediately burst into tears, overwhelmed by the feelings I was having. She sarcastically said, "That sure makes us feel good. You come home and the first thing you do is cry." My sister said, "Mom, why is Kyri crying?" Mom answered by saying, "She is very sad and misses Quinten." Then, Kylie gave me a hug as well. After I had a good cry, I finally calmed down.

It took me a few weeks to a month to get out of my funk. It was hard being away from him so soon into our marriage. I didn't want that. Neither did he. 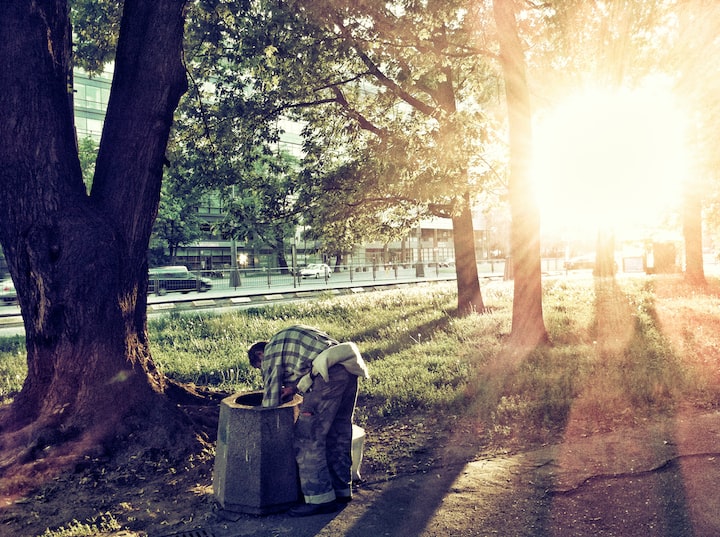 By Johnny Cohen on Unsplash

As a military wife, you get warned about this sort of thing, but you never realize the true extent of it until it happens. The second I stepped foot into any place in my hometown, the questions started coming. "How are you doing?" "When is he coming back?" "Where did he deploy to?" "Are you sad?" "When did he leave?" "When are you moving to prepare the house?" "What are you doing while he is away?" The questions never stopped once they started.

The worst part about the questions was the gossip that followed them. One of the things I heard a few people say was, "He probably just married her to get the extra cash but he doesn't really love her, he will probably leave when he gets back." That hurt. I also heard rumors spreading that I would do that to him. Let me just tell you, I am not a gold digger and I am not that kind of person.

The thing someone said to my face that really hurt was, "Men go on these deployments, most never come back." Can you believe that? How could you say that to a military wife whose husband is away on deployment? Did I mention he said this on memorial day of all days? People do not think before they speak sometimes.

Throughout deployment, people talked behind my back trying to come up with their own version of what is happening in our lives. First off, why is it any of your business why I came home during deployment? Yes, people made up reasons why I came back. Some even said, "Wow that was a short lived marriage." Other people placed bets on our marriage and talked about how long they thought we would last. Do all military wives deal with this? 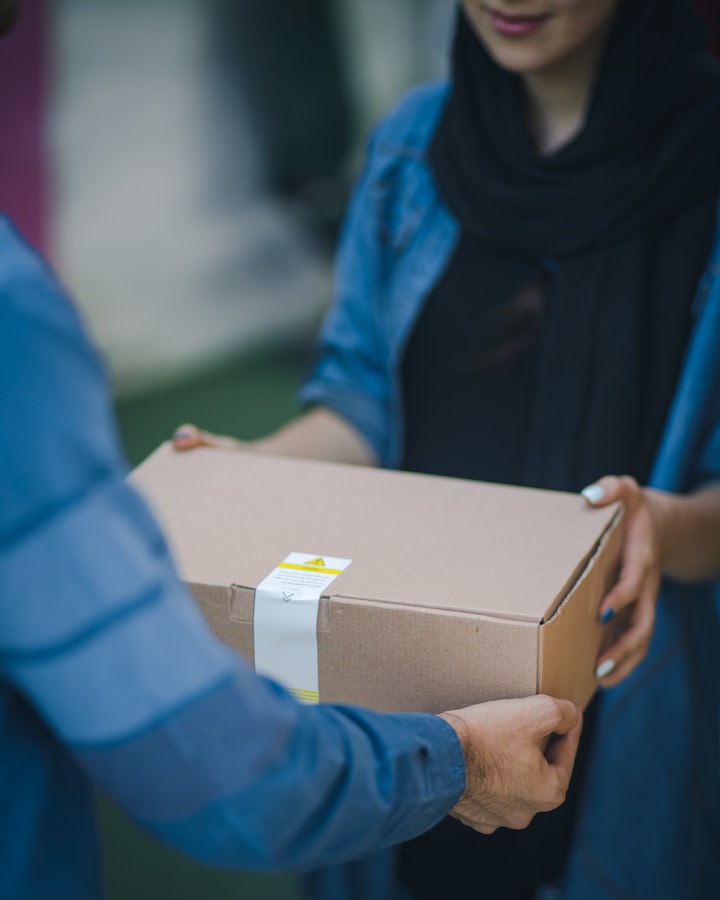 By RoseBox رز باکس on Unsplash

Quinten, and I did many things to keep our marriage thriving throughout deployment, but care packages were one of my favorites. I would find the biggest box allowed for shipping overseas and stuff as many of his favorite things in it as I could possibly find. There were chocolates, lots of candy, but most importantly the love letters. Who doesn't love receiving love letters? They are the most sincerest form of passion, and the best way to show love while long distance. Those letters were filled with my heart and soul. I poured everything into them. To this day, he has those letters in a special place.

Technically, I should have only been sending him a few packages, but I sent him one every two weeks. My church also sent him almost five care packages. He had more than his fill of candies and chocolates, so he would share with his buddies who didn't have anyone sending them anything. Honestly, I loved creating the care packages and sending them over. It was one thing that truly made me happy over the course of the deployment.

Stay Tuned for Part Two of Deployment VS Wife Next Week