Saving my self-esteem in a sexist world

by Hritika 6 months ago in feminism

How patriarchy made me feminist 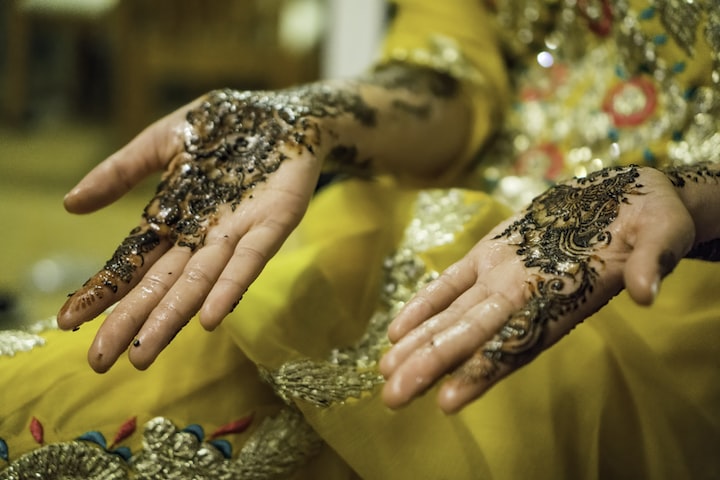 Photo by Fas Khan on Unsplash

They say; "one must have done some 'punya' (a good deed) in their past life to be born as a Brahman."

I am ashamed of the time when I believed whatever 'they' say and took pride in being born in a cast that believes itself to be superior of all and restricts women to exist as an individual. In this article I am going to address the small percentage of life that I have witnessed as a girl who was forced to be proud of the cast she was born in and think low of others, as well as herself.

WHAT DOES BRAHMAN MEAN?

Let me take you back to around 1500 BC in India, when a group of “elite” decided to categorize people in 4 Varna, according to their profession:

These were the highest priest, respected for their knowledge, “wise thinking”, devotion to god and determination to live a simple life on the gifts they received from people, especially the rulers out of respect.

These were the warriors, who would protect the common people. They later became the rulers and the second most respected position after Brahmans.

These were the farmers, traders, small independent workers etc. ‘Vaishyas’ was also used for the female sex workers. They were not usually respected.

The lowest of all were slaves, who worked for the king tirelessly and had no individuality whatsoever. The most unfortunate one.

It is also said that a Hindu god “Brahma” was the one to determine these casts.

These categories were laid out on the basis of the task each of them performed but soon became the identity of their entire existence. The society became so obsessed that discrimination started, lower casts were considered filthy and hence, untouchable.

It was to the extent that if a Shudra would walk in the market, he would have to beat a wooden piece to let people know that he is a lower cast. So that they would not brush into him by mistake!

The worst part was, the casts were genetically determined, that means the entire generation will be categorized according to their ancestors, and the saddest part is that even when we’re living in this “modernized era”, it is still being followed intensively in some part of the world and I was born in one of those parts.

So how it’s like to be a Brahman? Well, this deserve an entire article, if not a book! So, in this article, I am only going to talk about living as a girl in Brahman family, specially the things that have affected my mental health and shaped my opinions.

I have taught from a very young age that mensuration is bad, my mother, aunt or any women who had the cycle would have to sit separately. I really didn’t care about it except for the frustration I had when I had to do all the chores until I got to be the girl on the other side.

I had been a slap on my self-esteem, if you think about it, it’s nothing, you get to rest for 5 days, you don’t have to cook or do any kind of chores, the food is brought to your room, and you get your own privacy, no one touches you or disturbs you, for the most time. But it is all based on a belief that women are filthy when they have periods and one must stay away from them, otherwise it’s a sin.

My mother has no problem following it, she has accepted the fate, but I couldn’t. I try to be positive but periods are already so frustrating that I can’t deal with my family treating me like I am a criminal in high security ward. My father would scold us if our little brother touches us by mistake, they are engraving the same mentality in him but I hope he will change, like I did.

At the end of every menstrual cycle, on 4th day, we have to touch the cow’s pee, that is considered purest thing in our religion and some women I know even have to taste it. Although it’s not forced on them, it is just the thing to do.

It goes for both boys and girls but girls are mostly bound to this as they are supposed to be the pride of the family! Although their pride is crushed in every single phase of life. So, you can’t fall in love, it will declare you characterless and a shame to the entire family. But people still fall in love, they have relationships and at the end they just settle down in an arranged marriage, I have seen this happen ALL THE TIME, no matter how many promises they make, they always know that their relationship isn’t going anywhere.

Although some people do fight, mostly it doesn’t always end well, either people talk bad about you, like my parents still do about the girl in our neighborhood who fought to marry the guy she loved, or you have to elope, or in some cases you are discarded form your family and the society.

I remember when my father found out about my relationship in high school, he slammed the phone on wall, that was not even mine I was using my mother’s phone to text him and he beat the love out of me. That was the first day I saw my little brother tearing up watching me get beaten up by my father.

Boys in our family can wear whatever they want, as long as they don’t go nude. But girls are not allowed to be as free as them. It’s alright during winters, but during summers! My father and my brother would be roaming around house in a vest but we aren’t allowed to do that. So, me and my sister would shut our doors, turn the fan on and wear whatever we want, until they start making a scene about us closing the door. Sleeveless and anything above your knee is prohibited.

4) Your body organs are seductive!

This is the most frustrating one. It had affected my confidence since I started becoming a teenager and developed the organs that describe me as women. My mother would scold me if I stand up straight, she would tell me to drown my shoulders so that my breasts would not be too obvious to notice. Everything I wear, I would have to see if it is loose enough to hide my curves. And that resulted in me being this weirdly slouched girl whose eyes are always glued to the ground.

And it isn’t easy to go back to being confident or even accept my body as it is, but I am trying.

I think it happens with all the casts of Hindu religion, but it is followed rigorously by Brahmans as they are the ones who made all these rules and if they stop following, WHAT WILL PEOPLE SAY?

Yes, they still believe that people have nothing else to do, mainly because they spend their time talking about others, how will they not think that the entire world is like them?

In all the other casts of my locality, girls are allowed to live their life until they are around 25 but they can get married anytime, there’s no guarantee or choice. But in Brahman family, a girl must get married before she is 20, that too with the guy of same cast and same level. Otherwise she’ll not find a good groom, or she will be called characterless by society, everyone will question her innocence/purity, people will spread false rumors and what not!

There are numerous such things, but I have only addressed the ones that had the biggest impact in my life, and the ones that I know many people don’t even think exist in 2020.

All these points are my firsthand experience at Hindu Brahman family. It is not always bad, in fact I had a great childhood, but as soon as you grow up and start making sense of what’s right and what’s wrong and still are not able to raise your voice or fight for the right or even make your own family understand because you were never taught to do so, then it feels like getting a big slap of reality and everything that your life has been based on, seems like a lie.

There are many Brahman families I know, who are living a better, open minded life and there are others who are worse than what I have experienced. It all depends on the locality, society, upbringing, experience and mentality.

I used to think that education helps in opening up the mind, but my parents are well educated teachers and there are parents I have seen who haven’t even graduated and they let their children have a choice.

Some people are just not courageous enough to use their education and go against the society, and it’s alright, I guess,

after all, this the only right thing they have ever known.

I need to write more articles on this, as one article doesn't seem enough to express my 21 years of experience and frustration that is still going on as I fight against this patriarchy all alone, but now I feel like I have a voice thorough vocal.

Thank You for reading all the way to the end, I appreciate your patience.

See all posts by Hritika →