#MeToo and I Do

by Kim Gray 20 days ago in relationships

"It's not rape if you're married." 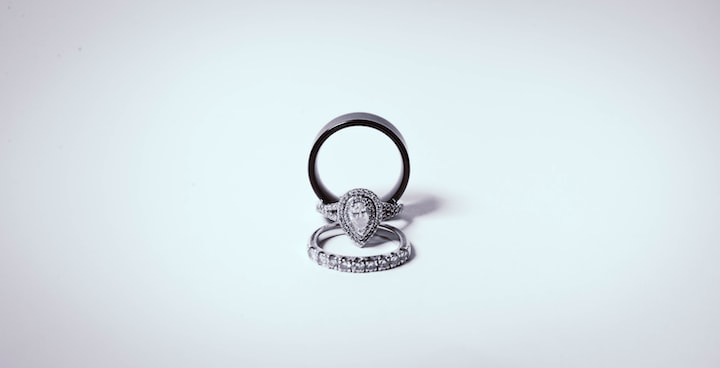 Photo by Ryan Pouncy on Unsplash

Red flags... I don't know about you, but I'm real quick to notice them when they pop up in my friends' relationships. He doesn't let you hang with his friends? Red flag! He won't let you look at his phone? Red flag! He wants a joint Facebook account? Red Flag! What I'm not great at, is seeing them in my own relationships. Or perhaps I see them and just choose to ignore them. Perhaps I write them off as a byproduct of my own anxiety-induced paranoia. When you're anxious and depressed, that can be easy to do.

When you're the one in the relationship, the one being manipulated or gaslighted, you don't want to see the red flags, so you willingly choose to ignore them. Most are small, things y0u only ever see in hindsight. I imagine the person who coined the phrase, "Hindsight is 20/20" probably did so after dating a narcissistic asshole. I'm sure his/her friends wanted to know how they could possibly be shocked that it all went south when the signs were all there? "Well shit, I guess hindsight is 20/20."

Most red flags are innocent enough. Maybe he talked to that chick a little more than you felt comfortable with. Maybe his temper was a little short when he lost at a video game. Maybe he wasn't great at saving money. And sometimes, the red flags are big ones. Sometime the red flags we choose to ignore have serious consequences. Maybe he hit you one time, but swore he'd never do it again. Maybe he cheated but he apologized and you forgave him. And in my case, maybe he jokingly told the boys, "It's not rape when you're married."

Wait, what? How does that comment even come up? I wish I remembered. At the time, I laughed it off, like every other stupid ass comment my now ex-husband made. All I remember is that it was said shortly after we were engaged. We worked together and we were both managers. He'd said it in a meeting with our comanagers, almost all of whom were guys (it was a definite "boy's club"). I don't remember the context, only the reaction from our boss. His name was Adrian and he had always treated me like a little sister. When Nate said, "It's not rape if you're married," while all of the others laughed, Adrian's eyes shot to mine and he asked me, point blank, "Are you sure you want to marry this guy?" It was a show of solidarity that stuck in my mind when the other details of that day faded away. And it was a solidarity that would mean so much, years later, when that red flag would raise its ugly head.

Fast forward two years. I'm seven months pregnant, and on maternity leave. Nate spends most of his time either at work, the gym or out with his friends. I'm home alone almost constantly. I can't go anywhere because we only have one car. It's a lonely existence. I'm sad, alone and gaining weight, which, as someone with a lifelong eating disorder, puts me into a pit of spiraling depression. When Nate is home, he accuses me of being distant, unaffectionate... I feel ugly, boring and invisible. I have no interest in sex. One night, I was in bed, reading, when he got home late from work and announced that he was going to a party. I asked if I could come. He looked at me, surprised at the question, and said, "Why? You can't drink or smoke or anything. You wouldn't have any fun." I told him that I just wanted out of the house. He refused, claiming that I was a "downer" and would ruin the party for him. We got into an argument about it, and the argument got heated. He said that he was going without me, and he kissed me goodbye. In an effort to convince him to stay in instead, I kissed him back, and coaxed him into bed with me. I thought that sex would change his mind. It didn't. And because he was angry, he was aggressive. He put a pillow over my face, and when I tried to push him off of me or stop him, he held me down. I had to twist my face to the side just so that I could breathe. When he was done, he grabbed his clothes and left, while I cried myself to sleep.

We never talked about that night, but after that he stopped trying to hide where he was going. I found out that he went to that party to meet some woman. That's why he didn't want me to go. I found a Facebook page that he had made that said that he was single and had a bunch of shirtless bathroom selfies on it. One of his female friends told me that they had hooked up and she was under the impression that he was in an open relationship. That night he took all of the power I had left in our relationship from me.

I wish that I could say that any of that was the end of the relationship, but it wasn't. When our daughter was around a year old, I left him for a few days. I went and stayed with my mom, but as soon as he apologized and promised to change, I took him back. A few years later, the cheating and the lying started back up. This time, he left. He was offered a promotion if he moved to California, and he was going to take it. He left our daughter and I and he moved away. For a year after he left, I tried everything I could think of to keep him. I listened to everything that he thought that I needed to work on. I listened to his mom tell me what I could have done differently to save the family. I even entertained the idea of moving to California to live as his roommate just so that our daughter could have her father around. I never told anyone what he had done. I let him play the good guy. To this day, I have a hard time telling my story, because I don't want him to "look bad". It was years before I began to realize that I didn't deserve what happened to me, that it wasn't all my fault, and more than a decade before I told anyone about that night. It's still hard for me to call what happened "rape", and I tried to just block it out. Since then, I've had a fear of anything covering my face, but when we had to start wearing masks at work, I started having panic attacks. That first day of the mask mandate was the first time time that I had told even those closest to me about the rape. They explained to me that I had PTSD from being raped and it was like a light went off. I felt like such an idiot for having never made that connection before. But, I guess that's the entire point of gaslighting, isn't it?

How different my life might have been if I hadn't ignored the red flag on that day, if I had listened to Adrian when asked me if I was sure that I really wanted to marry Nate. I wish that I had to told Adrian what happened after that night. How might I have lessened my suffering if I'd had an ally back then? Instead, I sat with my secret and I let it eat away at me. I let it affect my self-esteem. I let it push away everyone who tried to get close to me. I've ended good relationships by convincing myself that I'm not "good enough", that good men deserve better than broken dolls. Who knows if I'll ever fully heal from the damage that one night caused, but all I can do is try to work on it. To work on myself. To convince myself that I AM worthy of a great love, and that I am good enough to have that.