by Carolee Baumgartner 11 months ago in feminism 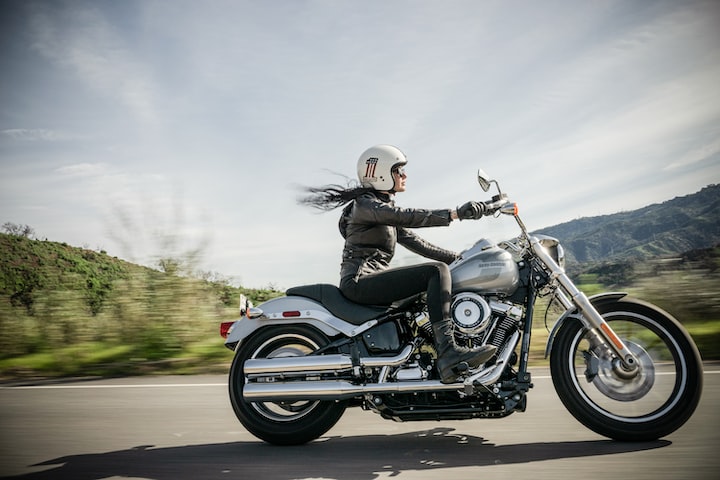 Photo by Harley-Davidson on Unsplash

Recently a comment was made that really got me thinking about people, our society, and basically double standards among my own gender. During this time of race issues and violence that in so many instances are only related to the color of the victim’s skin, it is hard for me to wrap my head around critique of another woman’s professionalism, education, or skill set based on her appearance. Appearances in many cultures even within our own state, neighboring state, and/or country skew the norm for some very close minded individuals. From the psychological angle, the take is an outcry or expression of the aggressor’s own insecurity coupled with possible narcissistic idealization of one’s own superiority or “higher class” / status.

Let me take my opening of this observational study I now find myself submerged into and couple the snobbery with a take as well on financial differences geographically. As a single mother I worked multiple jobs while attending college (18 hours a semester/dean’s list; I share because it makes my mother proud). In today’s economic climate many working women find it a necessity to seek multiple means of providing for their family whether she be single or a couple. It is simply what is necessary. I for one salute those hard working women diving head first into the pool to take care of themselves and their family.

Now allow me to share the single statement I overheard that has fueled this study. I’m quite certain that I am about to open an enormous carton of red wigglers. “She looked like a biker chick.” It is my understanding that this observation/comment came upon the meeting of a realtor that was wearing scrubs, driving a vehicle that advertised a home health company, and had a visible tattoo. Without being there in person I can only rely upon the statement that I overheard and the situation described, so with that being said I too shall dive in head first in the murky waters of this situation...so hold my towel. I’m about to be in the deep end.

Let me begin my narrative with this, “Never judge a book by it’s cover.”. According to the United States Holocaust memorial museum statistical data approximately 90,000 female prisoners were identified with a series of numbers created for female prisoners in March 1942 until May 1944. Each new series of numbers introduced at Auschwitz began with 1. Some Jewish prisoners (but not all) had a triangle tattooed beneath their serial number. Do you think for one minute that these women, the survivors of this tragedy, had a day go by that looking at that tattoo didn’t remind them of just how brave, resilient, tough, and amazing they are/were? Would you call any one of these ladies a biker chick? Would you have the audacity to demean their intelligence because of the mark upon their skin?

According to Wikipedia in 2012, tattooed women outnumbered men for the first time in American history according to a Harris poll. In 2013, Miss Kansas, Theresa Vail, became the first Miss America contestant to display a tattoo during the swimsuit competition. (the insignia of the US Army Dental Corps on her left shoulder and the Serenity Prayer on her right torso). She is intelligent, brave, educated, and by the way “Thank you for your service”.

Maybe because it struck such a chord with me in the entire comment because I too have a tattoo that is my badge of honor. It is for me the symbol of strength, overcoming hardships, and conquering a wrong. The other half of that coin “biker chick”, I too take a stand. One of my fondest of memories is riding motorcycles with my father. The freedom of riding with friends enjoying nature and freedom of the wind in my face. Some of my dearest female friends ride. By the way, each is a well educated, professional woman that I would stand with any day, any place. So for one I would say “biker chick” is a compliment for the resilience, strength, and courage to become an equal player on the open road.

So, instead of judging or making some predisposed opinion, why not adjust the crown of another woman by thinking how hard working and dedicated she must be. This woman is a professional realtor that by all standards takes a lot of hard work, education, and dedication simply to become licensed. This woman apparently works at more than one career in that she is making house calls to care for the sick in this time of Covid-19 and the unknown. Why not allow all of us to take a moment in the future to think before we speak. Don’t judge a book by it’s cover. Just because someone is different doesn’t make you superior. Lead by example ladies it makes for a better life experience.