by Marlene Affeld about a year ago in fitness
Report Story

Are you a single woman living alone? Are you tired of living in fear? 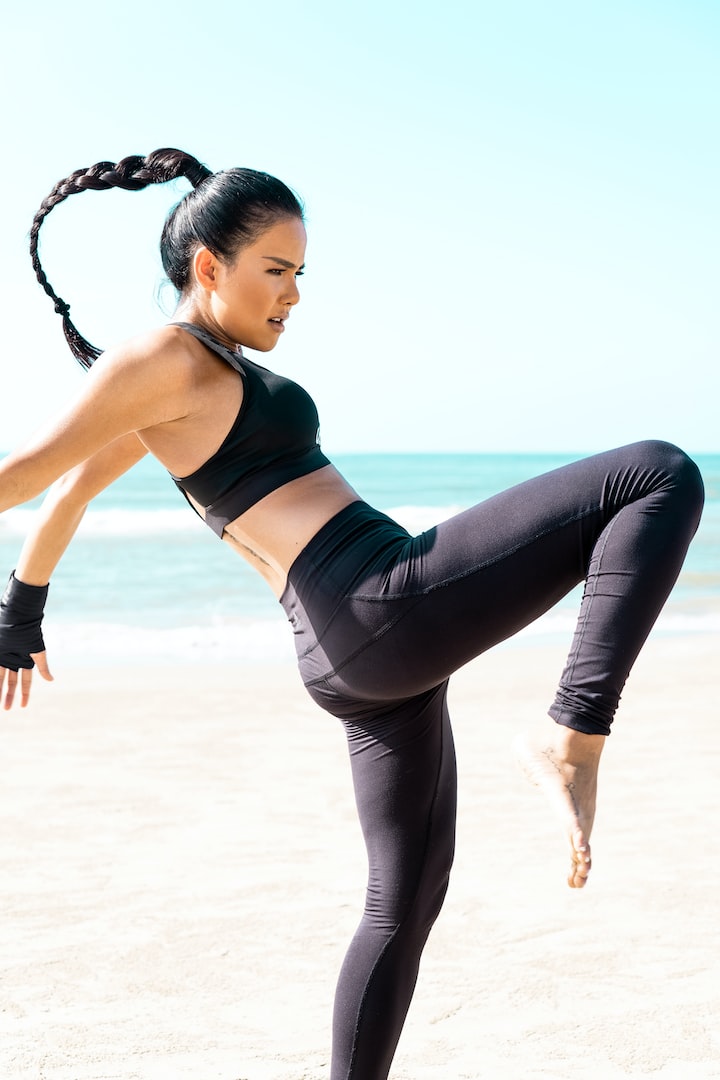 Photo by Michael B. Luong on Unsplash

If you have been told that as a woman, you are too weak to fight back, or resistance will only intensify the violence in a sexual attack, think again. Self-defense training for women increases a woman's safety in an increasingly violent world and helps prevent sexual assaults. Refuse to be a victim.

Perpetrated by a complete stranger or by a person known and trusted, such as a colleague, family member, friend, partner, or ex-partner, sexual violence can happen to any woman, at any place, at any time. Shameful and sad statistics from the official analysis of violent crime in the UK reveals that one in every five women, age 16 to 60, in England and Wales suffered some form of sexual assault within the past year.

Society defines sexual violence as any unwanted sexual activity or act, including sexual abuse and exploitation as a child, forced marriage, female genital mutilation (also known as FGM), sexual trafficking, sexual assault, and rape. One out of every four women in the UK will be subjected to domestic abuse during their lives. Additionally, the Office of National Statistics (ONS) reports that more than 1.6 million women in England and Wales suffer domestic abuse each year, and two women are murdered each and every week by their romantic partner.

The statistics speak for themselves. The world is a scary place, challenging, changing, and becoming more and more unpredictable. As such, it is so very important that self-defense training be a priority for every woman so that we are equipped with the tools, techniques, and training to ward off any kind of sexual assault or random attack.

Stop Thinking Of Yourself As A Victim

Are you a single woman living alone? Are you tired of living in fear? I know I want to feel safe and secure in my home and on the street - especially at night. In the UK, there is little a woman can carry, own, or use for self-defense as implements that are effective are considered by the police as "offensive weapons" - therefore, it behooves every woman to be aware and to learn and practice self-defense tactics and training routines. Self-defense training is something that you hope and pray you will never have to use, but a skill for which you will be deeply grateful should the need arise.

Women all over the UK are stepping up and assuming responsibility for their own safety, with self-defense classes springing up all over the country. However, if you are considering taking steps to feel more secure by signing up for a self-defense class, it can be a bit confusing trying to determine which course is the right one for you. Read on to learn more about improving your options for staying safe for staying alive.

Is Self-Defense Training Legal In The UK?

The Crown Prosecution Service advises, "In England and Wales, anyone can use "reasonable" force to protect themselves or others, or to carry out an arrest or to prevent crime. Householders are protected from prosecution as long as they act "honestly and instinctively" in the heat of the moment." (Oct 9, 2012).

In practice, this means that you can claim you acted in self-defense if you genuinely believe you were in danger - even if, in hindsight, your fear was unfounded.

There is no specific self-defense class or course that is the right fit for every woman. We are all different. Some women are young and physically fit; some of us are older and rather weary, some are thin and frail, while others are solid and obese. There are many different self-defense classes offered all over England and Wales, and the techniques you learn will vary. As a rule, you do not have to be in the best of shape to get started and take part - motivation is everything - you just have to be keen to learn the tricks and tactics that will keep you safe and secure on the streets. You will toughen up and get in shape as you practice and gain confidence.

When you enroll in a self-defense class, you will learn important techniques to help you end any attack as quickly as possible. These tricks and techniques include body kicks to vulnerable parts of your attacker's anatomy along with hand and elbow strikes to force your attacker to loosen his grip, such as poking him in his bloody eyes. Self-defense courses also teach the best methods of escaping an attacker while injuring the attacker and making the assailant aware that you are not a typical victim.

You will be taught how to respond when someone is within striking distance of you, what to do if an attacker is close enough to grab hold of you, and how to react if your attacker should knock you to the ground.

Self-defense experts suggest that the best way to fend off a sexual assailant is to scream, scratch, and strike them in their vulnerable areas such as the groin, nose, or eyes. You will be taught that even if you are an older woman with little strength to fight back, you can create a commotion while falling to the ground like an unyielding limp sack of grain. You can master the self-defense tricks and techniques to protect your groin, stomach, and head from attack while using your arms to fight off a predator.

Systema is an unarmed combat system designed and developed by Spetnaz - the highly respected Russian Special Forces. Systema stresses conflict avoidance while focusing on teaching environmental awareness. Systema teaches that almost anything can be used as a weapon and stresses awareness of items in the environment that could be weaponized. Systema training is challenging and rewarding but non-competitive. Don't worry. You don't have to earn a belt or medal, just be better than you were before: stronger, swift, always aware, and more confident. To determine if Systema is the right self-defense training system for you, visit Systema UK.

A fitness and self-defense training program like no other, Krav Maga is an unarmed combat system developed by the Israeli Army and used by members of the Royal Marines. Similar to Systema, Krav Maga stresses conflict avoidance, the weaponization of available items, and an acute, consistent awareness of entry points and escape options. The Kava Maga system teaches the importance of noticing people and situations that may represent danger and quickly removing yourself from that situation to protect yourself. Krav Maga techniques, although they can be learned quickly, are highly effective. For more information and locations of Krav Maga classes offered throughout the UK, visit The Institute of Krav Maga UK.

If you want to strengthen, tighten, and tone your entire body, Flykick's classes will get the job done. Fkykick focuses on fortifying the body and refocusing the mind with workouts to teach self-confidence, how to avoid a blow, dodge an attack, and how to throw defensive kicks. When you are ready to get serious, visit Flykick UK.

Have you ever heard of Bitch Boxing? Neither had I until a friend told me about the aggressive, confidence-building program offered at Third Space in Soho. Designed by and for women, the classes concentrate on press-ups, squat thrusts, climbs, lunges, and other classic cardio workouts for overall toning, which incorporating techniques that teach you how to duck a punch or disable your assailant with a box kick to his privates, or an upward palm strike to break his nose. Did you know that an elbow strike to your attacker's temple will cause immediate unconsciousness? If you are in fairly good shape physically, this high-energy workout may be the class for you. For more information, visit Third Space London.

More stories from Marlene Affeld and writers in Viva and other communities.