How Kids Lose When Everyone Gets a Trophy

by Rich Monetti 2 years ago in culture

Trophy envy must be discouraged by adults.

It has come to my attention that children playing sports today get too many trophies. From what I've seen, most children have more trophies than I have socks.

I wonder who exactly this serves. Unlike today's kids, I can say I actually played sports for years without winning a single trophy. Nonetheless, what my athletic career taught me transcended the lessons learned on the field.

My life without trophies goes back to when my brother's little league team won two straight championship trophies. I decided—without reservation—that I needed one of those.

Playing in Pre-Little League, my team finished first. Sorry, no trophy was awarded. This was tough to swallow, but I looked ahead anyway.

Getting the call up in fifth grade, the lineup from my brother's team had mostly moved on. On the other hand, many of the same last names remained by the time I got there. So we had a good chance for our own hardware.

The little brothers played well, but late in the season, we came up short, and second place had none of the glimmer we were all looking for.

Losing to the perennial bottom feeders in the league, we left the field in shock. But even with no trophy, I took pride as a contributor to a good team that didn't shine quite as bright as our lineage. I did earn an all-star trophy the following year, and then had to survive until my junior year in high school without any manufactured glory. 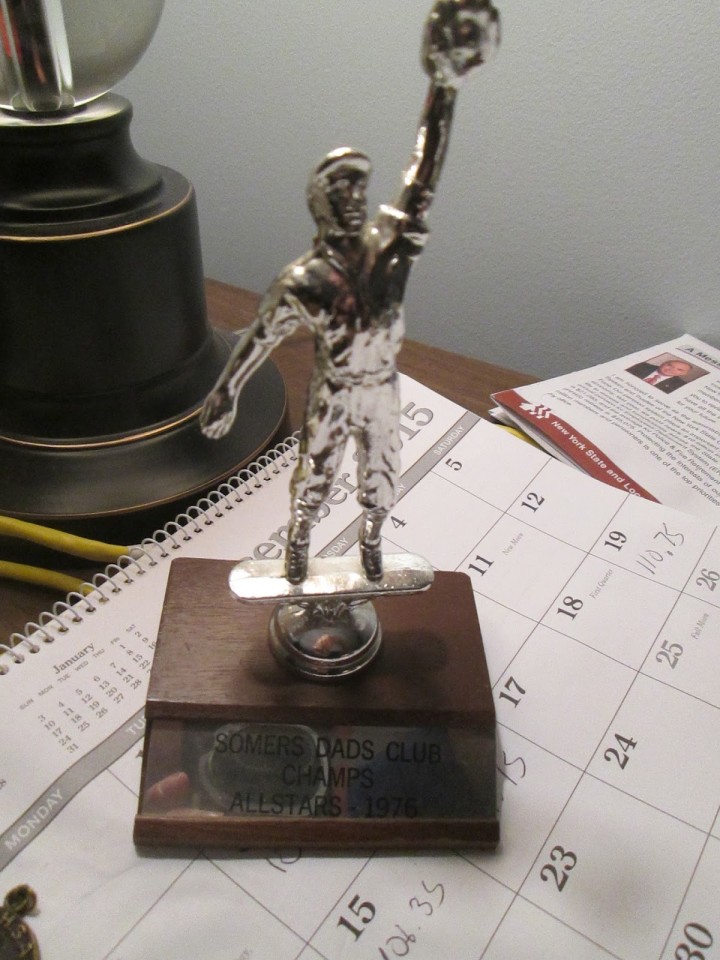 Third Place Medal Not as Important as the Lesson

I won a third place medal after three years of wrestling at Somers High School. However, its dull glare meant little compared to what the experience taught me.

My junior year I suffered weekly losses to two freshman teammates. It was, in a word, emasculating.

I hit bottom losing a junior varsity match in Mount Vernon to another freshman. That night, I got on the team bus, threw a coat over my head, and cried. I had become a worse wrestler as a junior than when I began two years earlier. I had little reason to continue—especially considering the gut wrenching two and a half hour practices.

If this story was from Hollywood, a sectional championship would have followed, but this was real life. No matter, all the persistence began to click and wrestling became like writing poetry. In other words, my small but effective menu of moves suddenly had a melodic rhythm to them.

I earned a varsity slot and a chance to wrestle in the sectionals. In the semi-finals of the qualifying tournament, I had my opponent facing up and the finals were clearly in my sights. Overeager, I ended up getting pinned, but still qualified for the sectionals.

The following week, I wrestled the top-rated 98-pounder in the county to a first period draw. Unfortunately the Hollywood script unraveled, he showed me the ceiling, and abruptly ended my season.

Afterwards, my coach gave me a measured compliment that didn't over-dramatize my efforts. "You're coming along just like your brother," he said, in describing another Monetti who didn't star but endured.

My perseverance ended an adolescent catastrophe, and I didn't have to wear a coat on my head. More importantly, I've drawn upon the experience in my real life struggles. 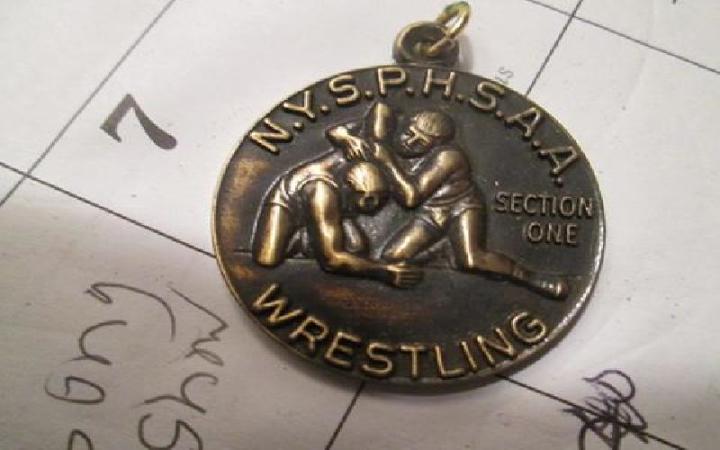 Why do adults rob their children of the lessons?

So why do parents rob children of the chance to provide their own rewards and learn important life lessons? Could it be the guilt accumulating over 60-hour workweeks that makes parents want to give more rewards than children need? How about the chance for parents to erase past failures through their children's successes? I think these reasons contribute, but probably not significantly.

More likely, various organizations started this practice, and it spread. From there, parents might not have wanted to come off as ogres in the community by objecting. In my less than scientific research, most parents are against distributing too many trophies. Maybe finding a more middle ground solution simply means a little assertiveness and a show of hands at the next soccer game.

Even the kids understand. One parent told me that after receiving a trophy for the year’s best goal, which was kicked from midfield, his son was satisfied. "This trophy actually counts,” the boy beamed.