Winner Takes All is a Losers System 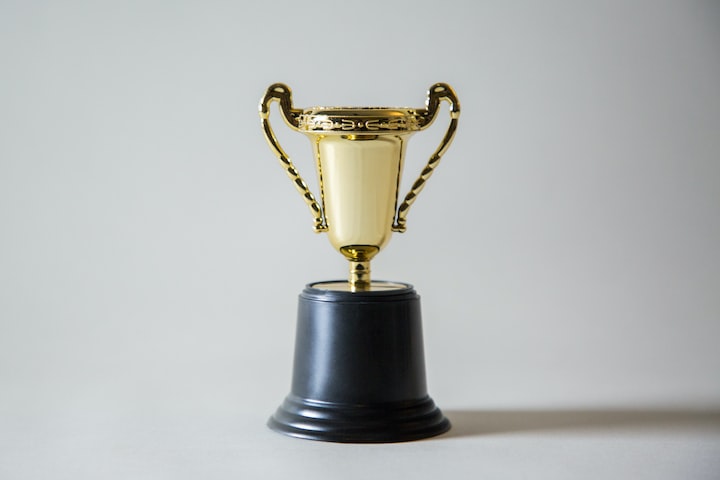 Except, they do not.

We have created a system of "winning", and winning means just doing better than opponents. It does not mean moving ahead with campaign promises or being the will of the people; it just means getting barely enough votes to get or maintain your job.

That is not an indictment on the motives of those who run for office or their intentions -- it is simply the truth. Having a system of legislature where only a single person is supposed to represent a diverse and divergent group of people is inherently flawed. Even in a race like NY-15 where the Democrats won with 96% of the vote, the 4% of people who voted Republican are left out of representation of any kind. Or how about WA-02, where there was no GOP challenger but a third-party candidate received nearly 29% of the vote? And then there is UT-15, where the Republicans won about 62% of the vote, but Democrats had nearly 25% and Independents had nearly 14%? Sure, it was a solid Republican victory, but there in a so-called Republican stronghold nearly 2/5ths of people have no one to express their views in the federal legislature. Their opinions and beliefs are effectively suppressed just because of where they happen to live.

Despite what you may have heard on cable news, there is no such thing as a "Red" (Republican/Conservative) or "Blue" (Democrat/Liberal) State. Each state has a plethora of political beliefs that run the gamut, and it shows up in the results. In the 2018 House of Representatives election, the most "Blue" State was Massachusetts with 78% among 9 districts, leaving 22% of Massachusetts voters with no representation. However, despite being a deep Blue state by this figure, in the same election Massachusetts re-elected a Republican Governor with 67% of the vote!

Eight of the top ten largest 2018 House of Representatives victories went to purported Blue states. In reality, the first eight went towards Blue with ranges from 78% in Massachusetts to 64% in Delaware. Even California -- considered to be the most liberal state -- came in with just 66% Democratic votes, leaving almost 4 million conservative voters and 200,000 independent voters without a voice.

The first Red State also had just 64% voting for the winner in the single district that made up Wyoming. The largest Red State (both by area and voting population) in Texas had the GOP win just 50% of the vote leaving another 3.9 million liberals and 215,000 independents without any say in the federal government. The next largest State was Florida with just a 52% Republican victory. We could go with the pundits and say that Florida was a swing state, but what about their northern neighbor Georgia? Georgia had almost the exact same result with 52% going to the GOP, leaving 1.8 million liberals without a voice. If Georgia's and Florida's results were almost the same, then why was one considered a "Red" State and the other a "Swing" State? And things had only become more pronounced since then, where by 2022 it appeared that Georgia was the "Swing" State and Florida was the "Red" one.

It is because of our "Winner Takes All" system and the setup of the districts. If we look at each State's results and say that a winner within 50–60% of the vote is a close race, then 34 of the 50 states were right there. Yet, looking at a political map on TV, one would believe that these massive areas are solidly behind a single party. This could not be further away from the truth and reality, something that can be quickly verified in how people vote. Among those close States, 20 went Republican and 14 went Democrat. However, not all States were equal as some had one district while others had dozens. In districts, 177 went Republican and 107 went Democrat.

As noted above, those maps are also misleading due to the size of the States. There were seven States with just one district, and of those five were Red States. Some of those Red States are physically massive: Wyoming, North Dakota, South Dakota, Montana, and Alaska. The two Blue States like this -- Delaware and Vermont -- are tiny by comparison and create a very false impression on the maps. Among the top ten States with the highest number of districts (and therefore the most amount of people), seven of the races were in our close criteria, and of those close ones, five went the way of the GOP. Vast amounts of people are lacking a voice because of a myth that a State fully supports one Political Party or another.

The average margin of victory among all the districts was 30.2%, which means that same percentage of people have no representation. Of course, this is only including people who voted. Many residents in non-competitive districts don't bother to vote at all because the result is pre-ordained (or so they believe). How many more people have no representation at all based on that factor? Of eligible voters, 53.4% showed up in 2018, which -- sadly -- was a 50-year record high at the time for a non-Presidential year. People not feeling like their vote matters and not bothering to show up because of that is a form of voter suppression.

All right, let's sum this up. Around half of eligible voters don't have any representation because they don't feel like they matter. Even if we say that at least half of those would vote for the eventual party winner in their district, we are still saying that a quarter of all Americans have no representation just from not voting. Add that back to the margin of victory, and we are back to over half of America having no representation in the House of Representatives.

This is a problem, but it goes even deeper than that. Even with those who do win, they do not come close to representing the makeup of the American people. What does Congress look like? How can we make it a better and true reflection of the will of the people?

The above piece is a mildly modified excerpt from New & Improved: The United States of America by J.P. Prag, available at booksellers worldwide.

An earlier version of this article appeared on Medium.

J.P. Prag is the author of "254 Days to Impeachment", "Always Divided, Never United", "New & Improved: The United States of America", and "In Defense Of... Exonerating Professional Wrestling's Most Hated". Learn more at www.jpprag.com.

More stories from J.P. Prag and writers in The Swamp and other communities.