Congress: An Intentional Giant Mess from the Start

Why is the United States Legislative Branch such a disaster, and what can be done to fix it? 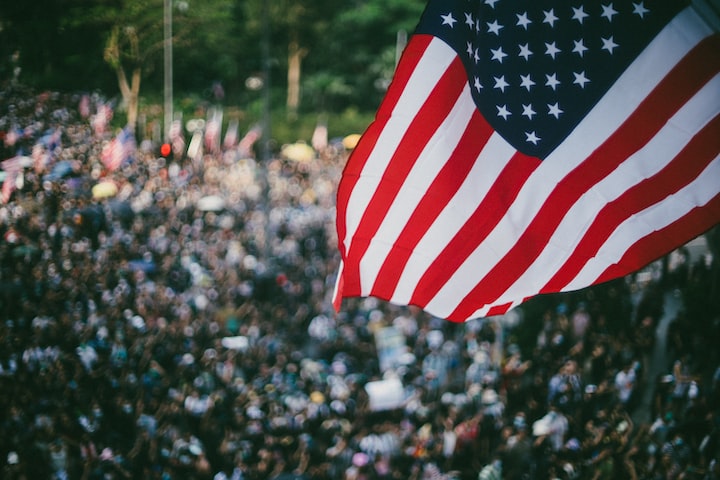 The United States Legislative Branch is broken up into two pieces: The House of Representatives and the Senate. Each has a unique method of their makeup and how individuals are elected. Despite being the guiding force in deciding the laws of the nation, the Constitution is rather vague and, frankly, silent in how these areas are set up.

With the House of Representatives, we might call it the "Legislature of the People" because the amount of people in a State determines how many members will be elected. Today, there are 435 Representatives allocated to the States. Each State must get at least one and it is otherwise proportionality done by population according to the Census. While there is some left over language on how to count slaves ("other Persons") and non-taxed Indians that were overwritten by future Amendments, the core of the setup is still there (spelling, punctuation, and grammar here are exactly as originally written):

The Number of Representatives shall not exceed one for every thirty Thousand, but each State shall have at Least one Representative;

The Times, Places and Manner of holding Elections for Senators and Representatives, shall be prescribed in each State by the Legislature thereof; but the Congress may at any time by Law make or alter such Regulations, except as to the Places of chusing Senators.

Notice what is not in there? Where did this 435 number come from? And anyone who votes should note that they elect a representative from a Congressional District -- even if their State only has one district.

The estimated population of the United States at the end of 2018 was 327.2 million people. If there was a representative for every 30,000 people, then there would be over 10,900 Representatives; not the most efficient of meetings. After the first census of 1790, there were just shy of 4 million people in the United States and the number of Representatives increased from the initial 65 just the year before to 105, which is still below the 133 the math would call for. That is because of two factors: (1) Congress gets to choose how many people each Representative stands in for and (2) 30,000 is the minimum number of people, not the maximum.

As such, over time, that number has gone up. Something interesting happened in 1929, though. In 1913, Congress increased the number of seats to 433 to represent the latest 1910 Census results (and 2 additional seats were added when New Mexico and Arizona became States in 1912), but a severe pushback began. The United States was becoming more urbanized and more industrialized, both of which drew in immigrants. Fearing this foreign influence, a piece of legislation called the "Permanent Apportionment Act" was passed that -- as the name suggests -- permanently set the number of Representatives and the method by which the House is "appointed". In a stroke, Congress gave up ones of its main roles and created a method by which one group of people (Rural/Nativists) could have disproportionate representation over another set of groups (Urbanites and Non-natives).

As noted above, it was up to the States to decide how their Representatives were elected. In many cases, States set up systems to elect Representatives in a "multi-member" district -- being that multiple people were elected over an area. That all changed in 1967 when Congress created a law declaring that all States must make districts and that those districts must be "single member".

Before this, in 1964, the Supreme Court had made two rulings that said Congressional Districts must be roughly equal in size, which also helped lead to some interesting lines that are not based on town and county borders but instead on how to get the populations roughly equal so that each area has around the same amount of voters behind it. This would extend further with the Voting Rights Acts of 1965 that tried to stop breaking up districts to limit the power of people by "race" and "ethnicity". It should be noted that this does not extend to any other grouping of people, especially political alignment.

The bottom line of all of this is that Constitution does not lay out any of these decisions about how the House or Representatives should work. These are all methodologies that were developed by Congress or imposed by the Courts over time, and that the only thing stopping Congress from fixing inequities in how it is set up is Congress itself. All of the rules, procedures, and methods of passing a law are all made up and could be thrown away at any time. Yet, they are not, and they have become tools and weapons to be used for political purposes instead of the function as laid out by the Constitution: to pass laws.

While not going as deep, the Senate is the same way. Each State gets two Senators, but according to the original Constitution they were to be appointed by the State Legislatures. This was one of the many compromises in the Constitution that was put in to get it passed. If the State Legislatures felt like they had direct control of a federal institution then they were more likely to get on board. Over time, this became problematic and many states passed initiatives to have people directly elect their Senators (and then the Legislatures would certify that vote). This all changed with the 17th Amendment which modified the original text to make all Senators elected by the people. This begs the question, then: what is the difference between the Senate and the House of Representatives?

There is also a question of disproportionate power. While the size disparities between the States is similar today (Virginia was the largest because it still had West Virginia and defiant Rhode Island was and still is the smallest), the population disparities were not as severe. They were still there, and again Virginia was at the top and Rhode Island was second to the bottom (Delaware, the next smallest State, had that distinction), with a range of roughly 60,000 to 750,000 people. The Senate was supposed to be a check on the Federal government by being a control of co-equal States. Since Federalist essentially won out and Senators are purely Federal employees, this distinction does not exist.

If we consider the Senate to be the "Legislature of the Land", then it is incredibly disproportionate today. Rhode Island at 1,034 square miles (at low tide) and Delaware at 1,955 square miles have the same say as California (155,973), Texas (261,914), and Alaska (570,641). If we think that population within a landmass makes more sense, California had roughly 39.5 million people in 2018 and Wyoming had less than 0.6 million. What gets interesting is if we combine these two statistics and get population per square mile; by 2015 statistics Rhode Island ranked 2nd (1,021 people per square mile), California 11th (251), and Wyoming at 40th (6). What is clear is that no matter which way you slice it (size, population, density), the Senate is not representing an original intent of being a Federal check.

And really, this is just the beginning of our issues with how the Legislature of the country is set up. There are a number of topics to contend with; that is why more than any other part of government the Legislative Branch requires the greatest amount of overhaul. While some may want to nitpick over slight adjustments within the existing framework, it is truly past time to consider the silence of the Constitution to be a detriment. Ideas that made sense for an era or were done just to win over State legislatures do not align to the centralized Federal government that exists today. Nor have the stopgaps added over time led to a well and fully represented populace. Instead, more ways of skirting the letter of the law continue to be implemented despite the chilling effects on democracy.

No, in order to truly make an impact, the Legislative Branch needs a complete overhaul on all levels, and these levels must be controlled at the Constitutional level to make sure that Congress cannot create escapes for itself. In order to do this, several areas need to be locked up beyond their control:

The above piece is a mildly modified excerpt from New & Improved: The United States of America by J.P. Prag, available at booksellers worldwide.

An earlier version of this article appeared on Medium.

J.P. Prag is the author of "Always Divided, Never United", "New & Improved: The United States of America", and "In Defense Of... Exonerating Professional Wrestling's Most Hated". Learn more at www.jpprag.com.

More stories from J.P. Prag and writers in The Swamp and other communities.