White Privilege is a Myth

by Timothy A Rowland 13 days ago in opinion

Equal Success and the Individual

There is an epidemic in this country right now. No, I’m not talking about the pandemic, I’m talking about the epidemic. Simple truth… white privilege is a myth. White privilege does not exist. Tons of people and especially media outlets on TV and online, don’t want to talk about it. They try to silence and censor anyone who mentions the truth and wants to help people understand that ethnicities has nothing to do with anyone’s situation. To think otherwise is just wrong and lazy. There are a very large number of people who are self-inflicted victims. They want to claim that they are a victim of a system that favors white people over those who are not white. In reality, they are a victim of their own viewpoint and belief that they are somehow suppressed in the United States of America. They’re not.

In the USA, every citizen has the same rights and opportunities as anyone else. Your economic status and employment status may greatly affect what it takes to make it in this country, but you can still make it here. If you are a legal citizen of the US, then you have the same rights and therefore the same pathways that every other person here does. You only have to find a way to work hard and reach the goals you want to achieve. Blaming others and deciding that you are a victim who can never get ahead, will create what is known as a, “self-fulfilling prophecy.” In other words, you believe in it and eventually, you will make it your reality. If you believe you are suppressed and held back, you will be. When that happens, though, it will be you who is doing the suppressing and the holding you back.

Don’t Try to Remove Credit That is Due

Being white or Caucasian in the United States is in no way an advantage. White people struggle and work hard just the same as anyone else who makes it in America. Trying to downplay or excuse a white person’s success, simply because they are white, is in itself a very racist outlook. It takes work, planning, intelligence, and yes, even some amount of luck at times. Success is not found, it is achieved. If you are a citizen of the United States of America, then you have the same chance and ability to be successful. If you are not successful, it’s your fault. There is not system, person, or outside force that can be blamed for failure. You own that yourself. 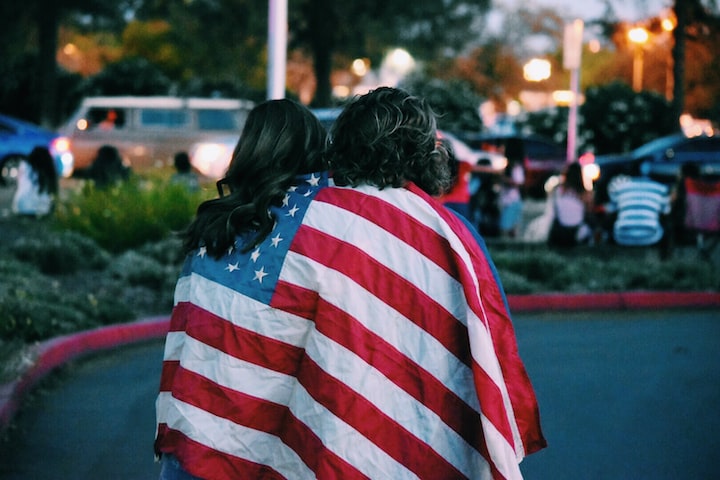 By Courtney Hedger on Unsplash

Now, it is undeniably true that “white privilege” doesn’t exist and is a made-up fictional term that is used by people who want to divide and control others. However, one thing that does exist, is “American privilege.” Yes, citizens of America are, in fact, privileged. The only thing is, that is not a bad thing. Our forefathers fought, died, and struggled, so that we could be privileged. Our privileges come from our rights and our way of life. This country has earned the right to be privileged. Compared to other countries, we are privileged. That is the very reason why so many people from other countries want to come create a life here. Those that come here and become citizens legally, are welcomed and then have the same rights and opportunities as those of us who were born here. That’s one of the best things about the United States. Everyone is equal and will succeed based on their own merit and willpower.

The American way of life is given to citizens by the Constitution and the Bill of Rights. We enjoy these privileges because they are founding and crucial aspects of who we are and what this country is. Enjoy the privilege that comes with being an American… this country earned it. Never let anyone try to take away your rights either, then you really will be suppressed. We all would be. White privilege is a myth and doesn’t exist. You make it according to what you do and how hard you work, think, and plan, not based on the color of your skin. Simple and proven facts.

Thank you for reading these simple truths. Have a great one.