When Does The Coronavirus "End" And Everything Returns To Normal?

In some countries the 'end' seems not so far away, but in others it is a little more than a month away. 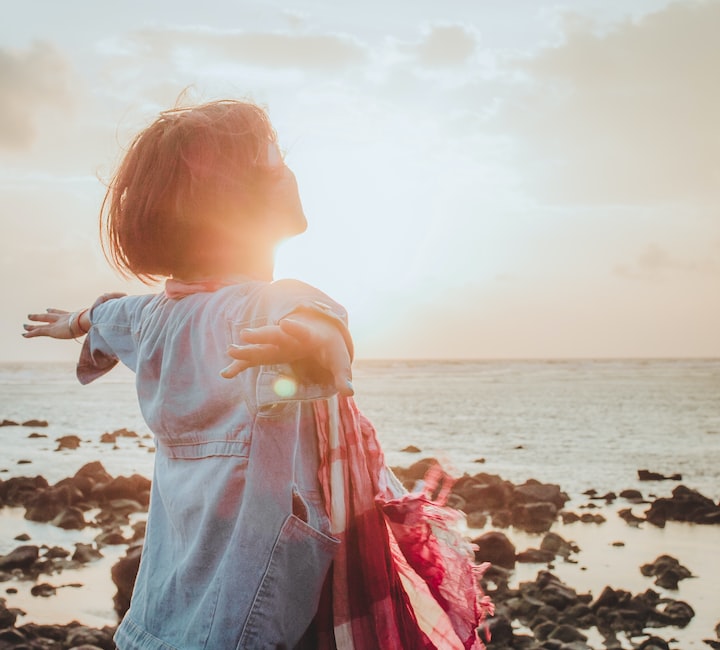 Photo by Fuu J on Unsplash

The coronavirus pandemic is hitting virtually everyone. There are almost no places on the face of the earth where there are no cases, and if there are, it is probably by deliberate omission of governments as is the case in North Korea and Venezuela.

The most remote places on earth, far away islands such as Easter Island, East Timor or St. Vincent and the Grenadines, all record at least one infected person beyond their state of health.

So the answer to the question is not as simple as it seems. It varies from country to country and from status to status, which changes day by day and week by week. What today seems like a country without a health emergency, tomorrow - literally - may turn completely.

The word "normality" is also subjective. Life as it was before the outbreak in Wuhan, China, will probably not be seen again for quite some time.

That's because the authorities will have to control the flow of people while reopening their economies and industries, including soccer, which has been severely affected in much of its sphere.

It is the third most affected on the planet in deaths. The state of alarm decreed by Pedro Sanchez began on March 15 and ended on May 10, although the departure of the people was through the de-escalation.

This means that it was carried out gradually in four phases and not all at once to avoid a resurgence. Thus, the confinement should be completed by the end of June.

The first Western country where the virus got out of control outside of China.

It has been a long and painful passage for the Italian people who, finally, begin to see the light with the decrease of cases and flattening of the curve.

According to Giuseppe Conte, the resumption of activities will be divided into three dates: May 4 (parks and gardens) and May 18 (retail stores, museums, libraries and the rest of the industry), and June 1 (restaurants, bars, hairdressers, beauty salons and barber stores).

The tactic of herd immunity did not work and the sum of deaths placed them in the Top 5, so the strategy had to be modified to quarantine from March 24.

The quarantine is evaluated every three weeks by Prime Minister Boris Johnson, who recovered from COVID-19.

Already in a decline in cases, the government's first concern is to avoid a resurgence by reopening the borders.

According to the BBC, those who arrive in the country must spend 14 days in total isolation.

Those who break with this measure could be fined a thousand pounds.

The red light of the health crisis. More than one million infected and leading deaths.

Despite this, due to pressure from the governors and President Donald Trump, some states with fewer cases, such as Texas, managed to reopen on May 1st.

Others like Georgia or South Carolina have already lifted the measures. The conditions are that the department stores, movie theaters and shopping centers will operate at 25% of their capacity as part of phase one.

New York, one of the states with more cases presented, has already left the isolation and is starting to leave gradually.

However, anti-racism protests caused a curfew from 8 p.m. to 5 a.m. the next day, local time.

The authorities fear a resurgence because of the large congregations that this movement has had, so the next 15 days more tests will be carried out in the cities where the marches for this cause took place.

The territory with the highest fatality rate in Latin America (almost 10%). Andrés Manuel López Obrador indicated that May 30th is the end of the Jornada de Sana Distancia, a voluntary quarantine, although some provinces - such as Jalisco, Sonora or Michoacán - have made it mandatory.

The idea of the Executive is similar to the Spanish one: staggered according to the statistics of each municipality.

In the reports of the Health Sector, as of June 1, there was an increase in the number of cases and deaths, surpassing the barrier of 100,000 positives.

The traffic light, with the exception of Zacatecas, remains red in all other entities.

One of the countries to adopt forecasts in advance when there were only 97 cases.

Confinement, however, is forced and even punished by imprisonment or fines for those who do not comply.

Alberto Fernandez recently made the extension official until May 10 and with two additional changes.

The first is that cities with less than 500,000 inhabitants can request some exceptions and go for a walk for one hour less than 500 meters from their homes; the second provision is subject to local jurisdiction.

In the first week of June, the country registered an alarming increase, since on June 7, there were more than 22 thousand cases of coronavirus (983 new cases in one day) and 16 deaths.

Of the few that have been publicly recognized by the World Health Organization (WHO). President Ivan Duque promulgated the State of Emergency on March 12, although the quarantine in the form of Mandatory Preventive Isolation came into effect on March 24 and was extended until May 10.

In the first week of June they registered a total of 38 thousand positive cases, more than 14 thousand recoveries and 1,205 deaths.

The one that performs the most rapid tests among its population in Latin America.

Consequently, apart from its high number of infections, its lethality is not as pronounced compared to countries in the region such as Mexico or Brazil, or Europe.

On top of that, Sebastián Piñera did not impose the imperative confinement either, except by his own decision of some communes of the Metropolitan Region, and sanitary customs in the crucial access points towards the city of Santiago.

This began on March 26 and at the moment has no end date.

Every Monday the Government discloses which sectors remain in quarantine and which are released on Thursday night of that week.