A Spring of Exposure 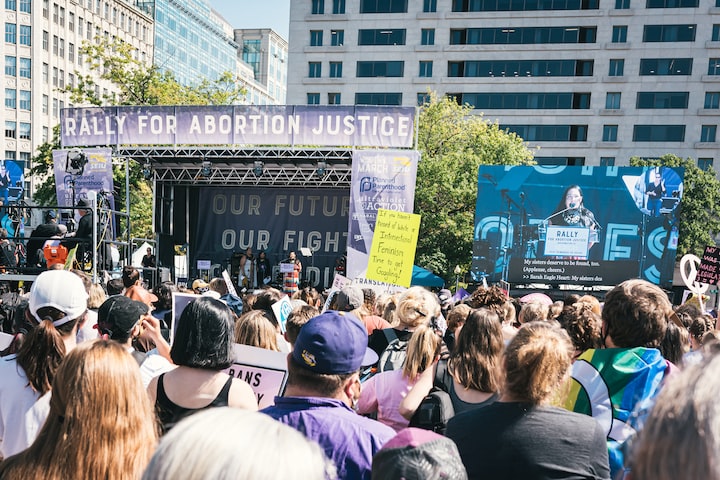 We are now all very much aware of the Supreme Court creating articles to overturn Roe v. Wade and like Justice Roberts I believe the person who leaked this information should be held accountable, because as a government employee/official et.al you are responsible for protecting our Democracy not trying to destabilize it even if it something we need to know; in other words, you cannot play both sides of the fence.

I don't have a right to tell women what to do with their bodies but none of us would be here if everyone was set on terminating a pregnancy even though some should probably be (i.e. Jeffrey Dahmer) playing with history wouldn't make it what it is. This is not something to take lightly but at the same time abortion rights are very tricky but if you overturn roe v. wade then I only imagine what will be overturned next.

Politico has a very eye-opening article that states "Their draft opinion is a full-throated repudiation of the 1973 decision which guaranteed federal constitutional protections of abortion rights." Didn't we know that this would happen some five years ago? And now with a new Justice being sworn in by Winter it looks as if the SCOTUS has stepped up its agenda to rid American women the right to choose.

Why would anyone need to explain their reasoning on wanting an abortion? Fron the documentaries that I have watched there are mostly young women who are on camera who already have a child or just may not want a child at all and face other hardships economically etc. that would make an abortion feasible and what is best for their lives who are we to discourage them from making such a decision?

Granted, I love being alive but with my abandonment and other social stigmas I could see why my mother would have had an abortion but being the second of six maybe one of my siblings would have been aborted instead, my mother was a teen mother who decided too not only have all six of her children for some reason, but she also chose to traumatize, abuse and abandon us as well because she lacked resources and a support system.

This seems to me no just an issue of what one can decide for their bodies but also an issue on poverty and maybe even race but most certainly economics. A young woman who most likely is bullied and many other factors have only three choices an abortion, an adoption or to be a parent and who can she make the best choice when so many are now bombarding her with information and raw emotions that she has no idea how to handle in the long run because the short-term decision is that they may keep the baby.

It seems that some could be bullied into keeping the child by the clinics that they attend because at the end of it all there is not many centers that support the mother and the child for the next 21years, and it should stay their choice and their right and stop acting as if you care about women's health when you really may just want to keep certain groups of women poor and stuck in the system.

I can recall finding this site maybe 5 years ago and knew that once I got a new computer/laptop that this would be the first site I ran too. I am an avid writer of short stories. I love autobiographical books on European Royal Families

More stories from Hudson De Witt Kelly and writers in The Swamp and other communities.