The Case for Term Limits 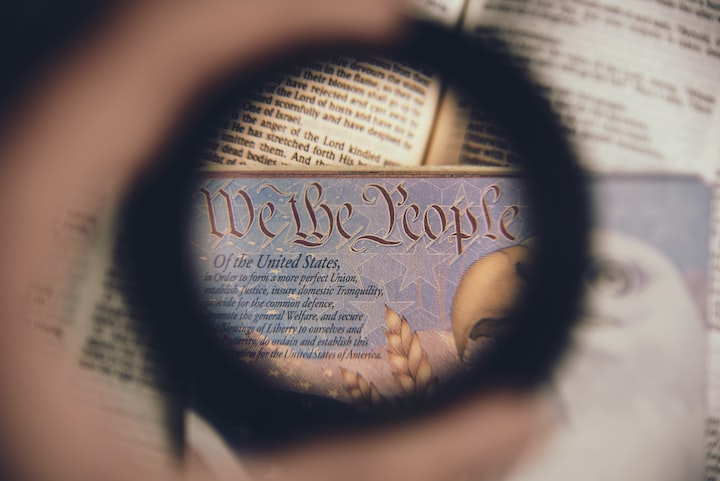 Photo by Anthony Garand on Unsplash

Not all politicians are influenced by campaign contributions, just the majority. And in America majority rules.

We will never fully stop large amounts of cash from influencing our politics, but we can minimize its impact. One way is to eliminate re-elections. We should amend the constitution so that all elected federal officials only serve a single term. One and done.

In addition to the undue influence money has on our politics, it also is a major distraction on the lawmakers. It is estimated that members of congress spend 4 hours a day fundraising. Half of the working day is spent calling donors and asking for money.

The President of the United States is one of the most difficult jobs in the world. It certainly has the most responsibility. The President should not spend one second worrying about fundraising or campaigning for a second term.

Presidential campaigns start two years before the election. In a Presidents’ first term he spends the last two years campaigning, it is often his first concern, it shouldn’t be a concern at all.

Change to one six-year term, furthermore, add in a requirement that the President may not campaign, or fund raise while in office.

While the average Senator has served 11 years, there are a couple who have served over 40 years. It is hard to understand how a Senator can represent his state, when they have spent most of their adult life in Washington.

Change the term from six to eight years, if after eight years you have not accomplished what you came to Washington to do, you never will.

Representatives are the ones in most need of reform. With two-year terms they are always running for reelection. Their days are filled with fund raising and campaigning.

Change the term to one six-year term. This gives them enough time to become an effective legislator and frees them from the constant campaigning.

The idea behind lifetime appointments is to free the court from political influence. It would be hard to argue that this has been the result.

This has become apparent with the appointment of Justices. One of the key factors looked at is life expectancy, the recent appointment of judges has tended to get younger, ensuring that Justices that support a particular political position stay on the bench well into the future.

By setting the term at 18-years and staggering the terms so that every two years a Justice is appointed, you would eliminate some of the politics around appointments. The same 18-year term limits should be applied to the District and Circuit courts.

The approval rating of congress is around 21%, or 4 out of 5 Americans believe they are not doing a good job. And yet, they keep getting reelected. The need for large sums of money to run a campaign is a major contributing factor. A House election can cost 1.6 million to run an effective campaign, a Senate seat 10 million.

If we can’t get the money out of politics, let’s at least ensure that once elected, they are freed from having to fund raise.

To implement term limits the Constitution will have to be amended. This is a long and difficult process, rightly so. It is made more difficult since the Members of Congress will fight the proposal.

The only hope for change is a grass root effort. We must consistently ask our representatives to support the amendment. We must make our votes contingent upon there support.

We can improve government, and it starts by having a congress that is supported by more than 21 percent. One that has recently lived and worked with the people they represent, and one that is in Washington to do a job, not build a career.

Receive stories by Steve Lance in your feed
Steve Lance
Read next: New Mexico—It's like a State, like All the Others!