PANDEMIC IN THE TIME OF INEPT LEADERSHIP

by Pedro A. Idarraga 7 months ago in opinion 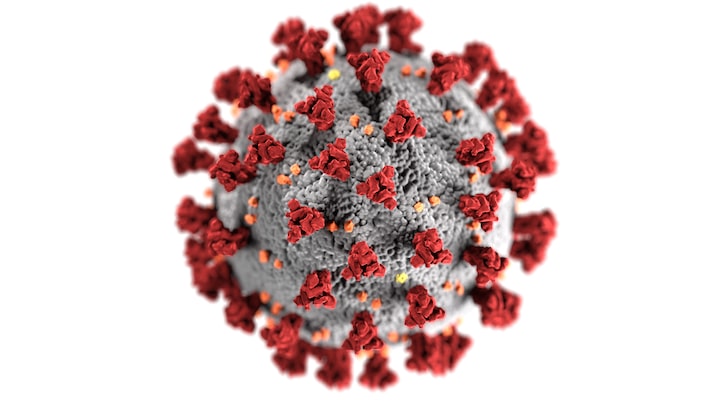 We are facing a pandemic, people are dying while many others are being rushed to hospitals with symptoms of this horrible disease, -covid-19 or Corona Virus- And that lying criminal who is supposed to do everything in his power to heal the nation, instead goes on television on a daily basis to play down the situation, and criticize governor’s for asking for assistance and accusing them of being overly dramatic.

This is a moment when a person’s true character shows and that corrupt and racist liar in the White House has proven that he is nothing but a selfish, despicable, unempathetic man. He has not once sent out his condolences to those who have lost loved ones, instead has praised himself and those who supposedly are working to battle the disease for doing a great, fantastic, beautiful job, of course using his exaggerations and hyperbole pretending to make his nonsensical words clearer and believable.

This suppose leader dismantled the department that was meant for taking charge of these type of situations, why did he dismantle it? Because it was an Obama creation, and since that is a good thing, the corrupt liar in chief couldn’t leave that alone because he will destroy anything done by his predecessor, who has more honor, decency and empathy in his pinky toe than he has in his entire greasy disgusting body.

It is a scary time when we are faced with something that could kill millions, and yet, we have leaders that are more concerned about saving face and congratulating themselves for doing something which isn’t close enough to what is needed in reality. The situation is dire and it seems as though we are hanging by a fine thread from reaching a point of no return, panic could set in if we allow it. But one thing is for sure, that individual in the White House, who was advised of this virus months ago and in turn just ignored must be held accountable, then as the virus got to the USA he tried to downplay it as nothing major, and now instead of doing everything in his power to help those cities in need, instead accuses of them hoarding medical supplies.

That individual in the White House is callous, ignorant and indifferent to what is going on, except congratulating himself on television for what is being done, which again isn’t enough to battle this invincible enemy. We must remain vigilant, take care of ourselves follow the guidelines and listen to that criminal in the White House and realize how he lies and then back tracks exaggerates and blames others for what is wrong. And come this November we must make sure to cast our vote to remove that man from office and have someone who can empathize and do his best to guide our country in the right direction. A person that will restore decency, ethics and respect to the office of the President of the United States of America.

And it is all in our hands, our voting hands that must go to the polls and say it loudly a change is needed. Never mind the polls, they are fun to listen to, but at the end of the day we must vote as though our single vote will be the deciding factor in declaring a winner. We can not tire of saying that decency needs to be restored, our allies must once again respect us and our enemies must fear us, and those dictators who ruled their nations with an iron fist of violence must once again look at us as the one that can end their criminally riddled regimes.