by Kellen Pifer 3 months ago in controversies

The Romanticization of Epidemiology in Modern Culture 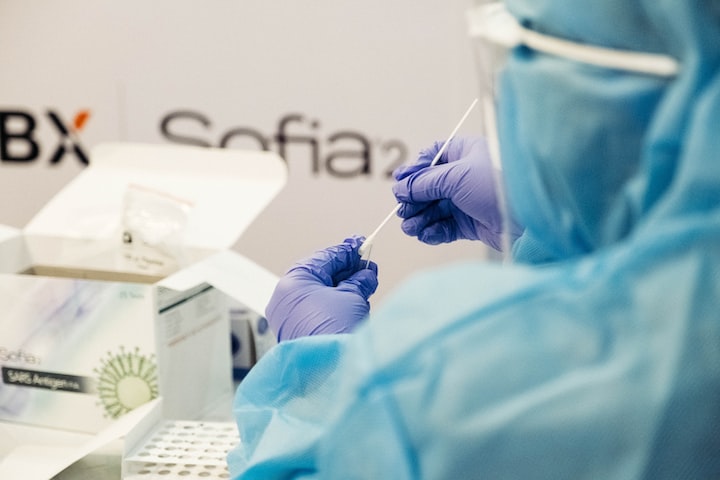 For most, there is something innately fascinating about diseases and viruses. Zombies have been a staple of horror movies, books, and video games since the 1970s while games like Plague Inc (2012) have popularized the concept of epidemiology.

The problem starts when media depictions of serious topics begin to change public perception. I, like many others, love to play Plague Inc and watch movies about zombies and I don't claim to be an epidemiologist but I have identified an interesting and dangerous trend that we should all be careful with.

Media, specifically entertainment, does not usually serve to inform. Making a profit is what matters, and that means you have to simplify the concept to make it understandable to a wide base. This is not a bad thing. Plague Inc can't teach you the nuances of epidemiology before you play the game, and I doubt many people would even want it to. We want to be entertained.

And? This has lead to people adopting a simple and uninformed idea of many topics. People ultimately think they know better than the experts and why? Because they played the game! They've seen how you cure a virus, they've seen how you destroy the world with one too, obviously, the experts don't have a clue.

Take, for example, the idea of disease eradication. Many people have the idea that diseases can be cured within years or can be stopped by staying indoors. Many people don't know how disease progression is measured, or how herd immunity works.

This is the SIR model for disease progression. This stands for Susceptible (blue), Infected (red) and, Removed (green) and is used to show how infections grow and decline in society.

A quick overview. The red curve is the one we are interested in. This is the curve we wanted to flatten at the beginning of the COVID-19 pandemic. The height of the red curve indicates how quickly the disease is spreading. The blue curve is the people in the society that can get the disease. Once someone is infected, they're moved into the red curve and, sometime in the future, they will be in the removed curve. Removed is simply people who cannot be infected. This can be through a few ways, the biggest two are through immunity (immunization or immunity through infection) with the last one, unfortunately, being death.

Why does this matter? Because it defeats much of the noise in the political atmosphere surrounding COVID. Many politicians, celebrities, news personalities, and citizens alike have repeated the idea that COVID can just go away, or that staying in your home will somehow stop it from hurting someone. The sad reality is that there will have to be infections for the disease to start declining.

There won't be immunity without it. Let me put it a different way, take any communicable disease that works like COVID. Droplet viruses and diseases are quite common. Influenza and the common cold are both viruses like COVID. If staying inside of your house for 15 days could have prevented COVID-19, why not the others? According to the CDC, there could be 12,000 deaths minimum saved yearly from defeating the flu alone and that could be as high as 61,000. The answer is simple, it doesn't work that way.

See, diseases don't go away. Whether we like it or not, they persist. Examine the graph again. The disease has to top that infection curve to begin to fall. Go back to plague inc. At best, sitting in your house does no more than pausing the game. At worst, you're extending the virus and giving it time to evolve. If you reach herd immunity quickly, there aren't enough susceptible people to sustain genetic drift and the virus won't have the chance to move.

This makes it easier for immunizations in the future. With fewer strains to account for, shots can be easily administered without fear of variants that won't work.

But doesn't that defeat the purpose?

No, not if it is done correctly. See, virus prevention has always been, and should always be, dictated by experts and logic and not emotions. Too often, people argue from an emotional standpoint. Muh Granny vs Muh Freedom, with no understanding, exchanged between the two. It's a yelling match about feelings that doesn't solve the problem.

So, what would fix it?

Applying the SIR method and controlling things on a local level. Every state, county, and city has a different story. My county was the last in my state to truly be affected by COVID, but my city was one of the first in my county to be. All areas are in their own section of the SIR curve and can't be treated the same.

And for quarantines? Historically, they have never been applied on a mass level like they have here and it hasn't worked. The tried and true way of dealing with viruses is to keep everything functional and to ask for two things: information and individual responsibility.

First is information. Without information, people can't make any kind of decision. Once information is established and updated reliably, allows for people to make their decisions. I would advise that if you are in a high-risk community or interact with people that are high-risk on a regular basis, that you try to stay away from high-risk situations or areas. If you get sick, quarantine. Before COVID got to my state, I was infected with influenza and had to quarantine away from family and friends. I couldn't work until my fever and cough were under control and it made sense.

In history, it is unprecedented for healthy people to isolate themselves. This is a perfect example of a society romanticizing diseases and acting through emotion without thinking about the consequences.

On a final note, I extend a request to the reader. When you want to make a decision or yell for a cause, research why things work. I started to study epidemiology and found interesting sources about the SIR method of disease progression and it flowered into a greater understanding of the topic. If you think a topic is easily understandable, and it is a topic that people get degrees to study, you probably don't know nearly enough about it. Always ask questions and research more. If you don't know enough, don't ever tell others what they should do.