Is Free Speech Under Attack Or Is Fear Being Stoked

A look at our one guaranteed civil right and how the government appears to attack it in front of our faces. 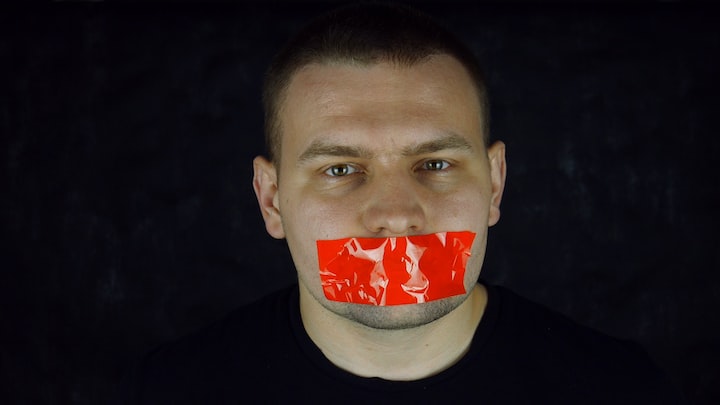 “Congress shall make no law respecting an establishment of religion, or prohibiting the free exercise thereof; or abridging the freedom of speech, or of the press; or the right of the people peaceably to assemble, and to petition the government for a redress of grievances.”

Do you recognize those words? If not, shame on you. They are the beginning of the bill of rights, the first ten amendments to the Constitution. At the heart of the most imperative changes in American history is the first amendment to the Constitution. This right is perhaps the only guaranteed right that exists. And, it must stay that way.

“A careful review of the experience of many other countries…has made clear that there is little connection in practice between draconian hate speech laws and the lessening of ethnic and racial violence or tension.”

The Right To Free Speech

Arthur Milikh wrote in an op-ed in the Heritage Foundation that the left wants to convince others in America to relinquish their right to free speech by asserting that hate speech leads to mass violence. As they try to make that more acceptable, the left insists that free speech is a “value” and not a right.

Values are something that changes with the times. What our values happen to be today don’t speak to what we’ll believe in a year, three years, or even five years. Ten or fifteen years ago, most of America believed in traditional marriages. Today, many value same-sex marriages as well.

Rights are non-negotiable and don’t sway with the winds of politics. They belong to each citizen by nature of them being citizens. Speech is a right that must remain inalienable because it’s human beings expressing free thought. Our minds belong to us. Therefore, it is the right of free speech that should determine the horizon of public opinion, not values.

If we believe what Arthur Milikh wrote, then freedom of speech is a right we can’t stand by and allow to be taken, changed, or manipulated by extremism, politics, or societal movements. It rings true because it is a fundamental right of every free citizen, not just those of us in the United States.

Less than a week after the announcement of the “Disinformation Governance Board,” Virginia Attorney General Jason Miyares is leading the GOP attorneys in notifying Homeland Security Secretary Alejandro Mayorkas that they need to cease taking action to contribute to a “chilling effect” on free speech.

“This is an unacceptable and downright alarming encroachment on every citizen’s right to express his or her opinions, engage in political debate, and disagree with the government.”

The reasoning, arguably the timing of the creation of the board, is plain and simple. Creating such a board to police what the government decides is disinformation, ahead of the 2022 midterms, has the appearance of malicious intent ringing in people’s ears.

Misinformation is false, but not created or shared to cause harm.

Disinformation is deliberately created to mislead, harm, or manipulate a person, social group, organization, or country.

Malinformation is based on fact, but used out of context, to mislead, harm, or manipulate.

The current administration spread the misinformation that the Hunter Biden laptop was part of a Russian propaganda campaign. This has since been proven unlikely, and several news agencies have been able to validate the authenticity of the laptop.

When we assume that those people in power, the very people that are struggling to maintain that power, are creating a disinformation board within one of the law enforcement arms of the government with good or true intentions then we forget that it’s been the government that’s been censoring information they don’t find favorable.

The current administration spread the misinformation that the Hunter Biden laptop was part of a Russian propaganda campaign. This has since been proven unlikely, and several news agencies have been able to validate the authenticity of the laptop.

When we assume that those people in power, the very people that are struggling to maintain that power, are creating a disinformation board within one of the law enforcement arms of the government with good or true intentions then we forget that it’s been the government that’s been censoring information they don’t find favorable.

One of the biggest pieces of misinformation spread during the past two years was by Anthony Fauci. Every American heard the flip flop on masks. Finally, when pushed, Fauci had this to say when pushed on the issue of why he initially said masks weren’t needed.

“We were concerned, the public health community and many people were saying this, were concerned that it was at a time when personal protective equipment, including the N95 masks and the surgical masks, were in very short supply, and we wanted to make sure that the people, namely, the healthcare workers, who were brave enough to put themselves in a harm way, to take care of people who, you know, were infected with the coronavirus and the danger of them getting infected.”

A lawsuit (reported by Fox News) was filed today in U.S. District Court for the Western District of Louisiana. The suit, filed by Missouri Attorney General Eric Schmitt and Louisiana Attorney General Jeff Landry, accuses top-ranking government officials of working with Facebook (Meta), Twitter, and YouTube, “under the guise of combating disinformation” to achieve greater censorship.

The suit named Nina Jankowicz, the head of the DHS “Disinformation Governance Board”, has felt a backlash from both Republican and Democratic lawmakers for limiting free speech. Lawmakers have been very concerned by the appointment of Jankowicz, who is guilty of heavily promoting the now widely-discredited Christopher Steele dossier and repeated the narrative that the Hunter Biden laptop was a product of a Russian disinformation campaign.

The suit alleges that the defendants “coerced, threatened, and pressured social media platforms to censor disfavored speakers and viewpoints by using threats of adverse government action,” according to the filing.

“Having threatened and cajoled social-media platforms for years to censor viewpoints and speakers disfavored by the left, senior government officials in the Executive Branch have moved into a phase of open collusion with social-media companies to suppress disfavored speakers, viewpoints, and content on social media platforms under the Orwellian guise of halting so-called ‘disinformation,’ ‘misinformation,’ and ‘malinformation.’’’

Elon Musk, if you aren’t living under a rock, has bought Twitter and is poised to take over the social media behemoth. He’s pledged to return free speech to social media. Why this is such an abhorrently scary thought to some remains open to theory and conjecture, but the responses have been anywhere from reasonable to unhinged.

Much like when Donald Trump was a presidential candidate, people have sworn to leave Twitter if Elon Musk is in charge. The likely truth is that people won’t leave in the droves they have threatened. Twitter is a place to share quick messages, links, and thoughts on the day’s events. It is not a cornerstone of our democracy.

One political theory shared by many in Washington rivals Elizabeth Warren’s belief.

Florida Gov. Desantis stated that he was “100% supportive” of the purchase. DeSantis criticized Twitter for censoring the New York Post’s reporting on emails from Hunter Biden’s laptop ahead of the 2020 election. Biden’s allies, and then-candidate Biden, dismissed the emails as Russian Disinformation.

Why Is The Truth Scary

The idea of the truth is scary to the people in power, particularly certain groups within the government. What people should ask, what we must ask, is why? The truth should not be scary. We’re told from a young age that telling the truth is the right thing to do.

Free speech in America has led to many advancements in American culture and the support for and protection of human and civil rights. Without freedom of speech, the marches of the 60s would have been impossible. Free speech allowed Martin Luther King Jr. to fight for equality in America.

Free speech has done much for our country and helped us grow and progress into a society that could still be something special and could someday be a shining light to other countries. Yet, the response to free speech on Twitter is another reason for our legislators and the extreme left to claim that it was a danger to our democracy.

More stories from Jason Ray Morton and writers in The Swamp and other communities.