He Had A Gun

by Sean Bennett 4 months ago in defense
Report Story

Why Armed Police Are a Big Deal in the UK 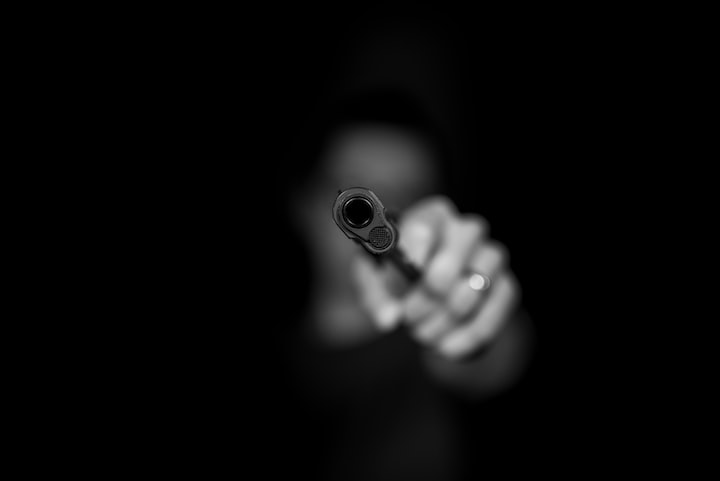 Last year, I was visiting my parents in the small seaside town where I grew up in England. It's a quiet, quaint kind of place where the average age is somewhere around 140 and the streets fall almost completely silent at around 9:30pm. Excitement, of any kind, is rare.

But this time was different. While on a walk along the seafront, my group and I spotted a large collection of police cars blocking the road ahead, with a growing crowd forming around some kind of extraordinary scene.

Given that the town itself only has a small force of two or three cars, it was safe to assume that whatever happened must be fairly significant. Clearly, officers had been called in from a number of surrounding areas.

The magnitude of the response was surprising enough, but it was only when we got closer that we truly understood the gravity of the situation. In fact, upon closer inspection, one of my friends became immediately uncomfortable.

Because the police were armed with automatic weapons.

Readers from the US and other parts of the world may, at this point, be unsure as to why this is so significant. In many countries, armed law enforcement is standard and to see an officer without a weapon would be far more surprising than seeing one with a gun in hand.

That is not the case in the UK.

For the most part, armed police in the UK are limited to airports and places of significance, like the Houses of Parliament or royal estates. Your average beat cop, just going about their daily work, will have little more than pepper spray, handcuffs, and a baton of some kind. That’s it.

Seeing a police officer with an automatic weapon means something here. It means trouble. Big trouble.

So, what horrible thing had been done in our small seaside town to warrant such a show of force?

Someone had been playing with a toy gun.

According to a bystander, a man had been driving up one of the town’s main streets waving a fake gun out of the window and loudly shouting ‘BANG!’, obviously scaring passers-by out of their skins.

No shots were fired (obviously, it was a fake gun) and no one was hurt.

Naturally, the police couldn't be certain that the gun was fake, hence the small army of cars that showed up to deal with the situation. The perpetrators were arrested and their insensitive toy was confiscated.

So, why am I writing this article, you might be asking? What exactly is the takeaway from this peculiar weekend saga in a sleepy English town?

Good questions. My answers are twofold.

Firstly, I am heartened by the quick and decisive reaction of the police to the incident. Guns are rare in the general population of the UK, at least by international standards, and so sitings of one in public are taken incredibly seriously, even when they turn out to be fake.

Given the stories coming from other parts of the world, and increasing levels of violence, including gun violence, here in the UK, many people have started to feel that the country may be slipping into more and more dangerous territory. Add to the equation significant police cuts, and the stability of law enforcement has been seriously compromised.

Though our police force in this country has its systemic problems, all of which must be addressed ASAP, this response made me feel safe and protected. It sent a clear message. Even the vaguest threat of a firearm would be taken very seriously.

Secondly, the reaction of many bystanders to the presence of armed police was also interesting. Many were, of course, just fascinated by the events that were unfolding before them, not least because it's easily one of the top 5 most exciting things to happen in the town since the 1800s. But many were also put on edge by the presence of armed police.

One of my friends, at the site of a firearm slung across an officer’s chest, turned away and expressed how nervous and uncomfortable just the proximity to the weapon made her. Others, too, were saying similar things. In a country where firearms are so comparatively rare, actually seeing one in the hands of a person, even if it is an officer of the law, catches many of us off guard.

Personally, I think this is a 100% healthy response to being the presence of a deadly weapon. The fact of the matter is that if one of those officers had fired that gun, tens of people could have been mowed down in seconds, perhaps even just as collateral damage. Being within firing distance of a firearm is a dangerous place to be and, in the UK, it's also not a position most of us are in very often. It's absolutely right to be scared.

That's why it’s so sensible, in my opinion, that we limit the use of armed police here in the UK. If we are to maintain strict laws surrounding firearms on members of the public, we should be equally careful with how they are used by law enforcement too. Though it was heartening to see such a decisive response to what could have been a serious threat, chances are armed police we saw today won't step into this town again for years, certainly not in the same kind of numbers, at least, and that's a good thing.

How the police utilise guns is a vital component to wider gun control in a country. The presence of firearms should be unnerving, but that will only ever be the case in a society where such weapons are rarely seen. Even if there are strict controls on public use of guns, if police use remains commonplace, the society in question will continue to treat firearms as unremarkable. For gun control to work, weapons must be restricted across the board, and law enforcement must set an example and precedent for society at large.

Today, I was glad to see the presence of armed police, but I am also glad that I will probably not see them again for a very long time. There are a limited number of situations in which I want officers to be armed. Outside of those times, a gun in the hands of a police officer is just unnecessarily threatening, just as it would be in the hands of anyone else.

Writer, producer, editor and all-round curious so and so. Writing about politics, being queer, and anything else that springs to mind! (He/Him) Get in touch at - [email protected]

More stories from Sean Bennett and writers in The Swamp and other communities.