Being Biracial or Multiracial in the 21st Century

JS
by Jessica Smith 4 months ago in humanity

What's Changed And What Hasn't 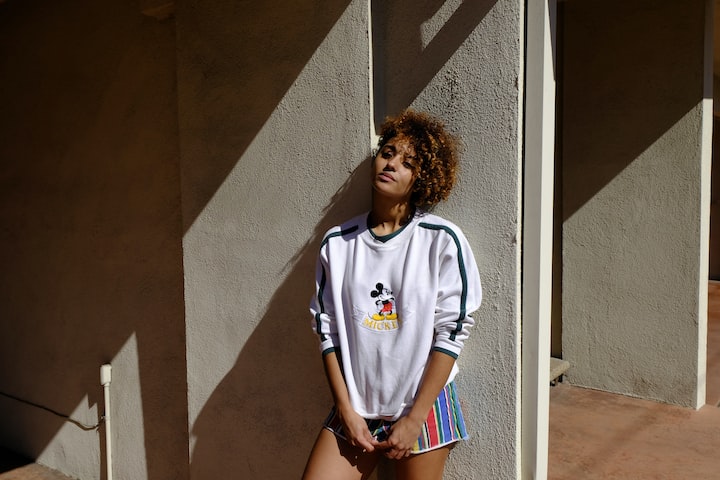 Alright, it's not very often that I discuss race. But given the current political climate in this country, I feel like I should. I want the world to know how I feel about being mixed race in the 21st century in Trump's America. Let's start with my family. I was born to an African American mother and a Caucasian father. My dad's mother is German and English and his father was Jewish. My dad's paternal grandparents came from Russia before World War I in 1910. This region is now known as present day Belarus. My dad said my great grandparents wanted the most American sounding last name possible and it was given. My great grandmother was 14 and my great grandfather was 19. It's possible they married young. Societal norms were much different even in the early 20th century. Before coming to America, they knew very little about it except that it was established by the English. They also knew they could make it big here. When they saw blacks for the first time, they thought all of them came from Africa. They had misconceived notions that if you touched a black person's hair, you'll cut your hands. But they had no exposure to people other than whites especially back in Russia. US History wasn't really taught in the old country.

My grandfather and his siblings grew up in Los Angeles in the 1930s and 40s. He was an all-American boy. However, Los Angeles was also segregated and he had little exposure to minorities. I guess Southern California had their own form of Jim Crow. My grandfather became of age in 1949 and enlisted in the air force by the early 1950s. He was an aircraft mechanic and served in the Korean War. It was a rough time in his life. He and his siblings lost their father to a sudden heart attack in 1952. After serving in the air force, he developed a prejudiced attitude towards Koreans and other Asians in general. He felt like they were all communists. Fortunately, as he got older his prejudices towards Asians began to wane especially when his son developed an interest in martial arts. Years later, he had two mixed-race grandchildren from his son. Myself and my paternal half-sister whose mother was from Mexico. By the time I was born, my dad's marriage to his ex-wife had long since ended.

I can't say that my dad's relationship with my mother was rare. I was one of many children born out of wedlock between the 1970s and 1990s. Growing up I often met other mixed people with white mothers and black fathers. Every now and then I'll meet a mixed person like myself with a black mother and white father. They say black men are more likely to marry and date outside their race than black women. I feel like black women are often shamed for dating and marrying non black men. In my case, it wasn't until I was older when I began to receive backlash because of my biracial background. I didn't grow up experiencing much racism. Unfortunately, some people are still stuck in the past. As an adult, I was told because of my black side I can only have a relationship with certain types of people. Some people feel like my only options when it comes to dating and marriage is a black man. Contrary to these opinions, I know I can have a relationship with a man of any race. These opinions often came from adults around my parents' generation or a little older.

In today's America, blacks no longer have to go to the back of a bus, to a colored section in a store or to segregated water fountains or bathrooms. They also don't have to go to the back of a restaurant just to get some food. The days of Jim Crow are long gone. What hasn't changed are people's racial perceptions. Some people see me as a light skinned black woman. Others think I'm Hispanic, Middle Eastern and even Asian. Everyone has a different perception. However, the only thing that matters is how I see myself. While I'll admit I had some identity issues growing up, I now see myself as biracial. The only reason why was because my mixed-race heritage was often brought up. Unlike Halle Berry, I don't believe in the one drop rule. It has no place in America today and it never should've been established. Many people say the one drop rule is a part of white supremacy. I won't argue with that. It never benefited blacks or those who were mixed-race especially during slavery. Some say America is more divided now than ever because of Trump. America has always been a diverse yet divided nation. Everyone always lived in their own enclave. Yet at the same time, America is even more diverse than ever. Some say even with mixed race people, it won't end racism. Once again, each person is different. Sadly, some people still have prejudiced views. I experienced it first hand. It came from a few people I met in my late teens and early 20s. But because of this, I learned to grow as a person. One thing to learn from life is to choose happiness and be content with yourself. Don't worry about the negative experiences. Think positive.