by Whitney Smart about a year ago in controversies

Learning Subtleties And Context In A Hyper-Sensitive World. 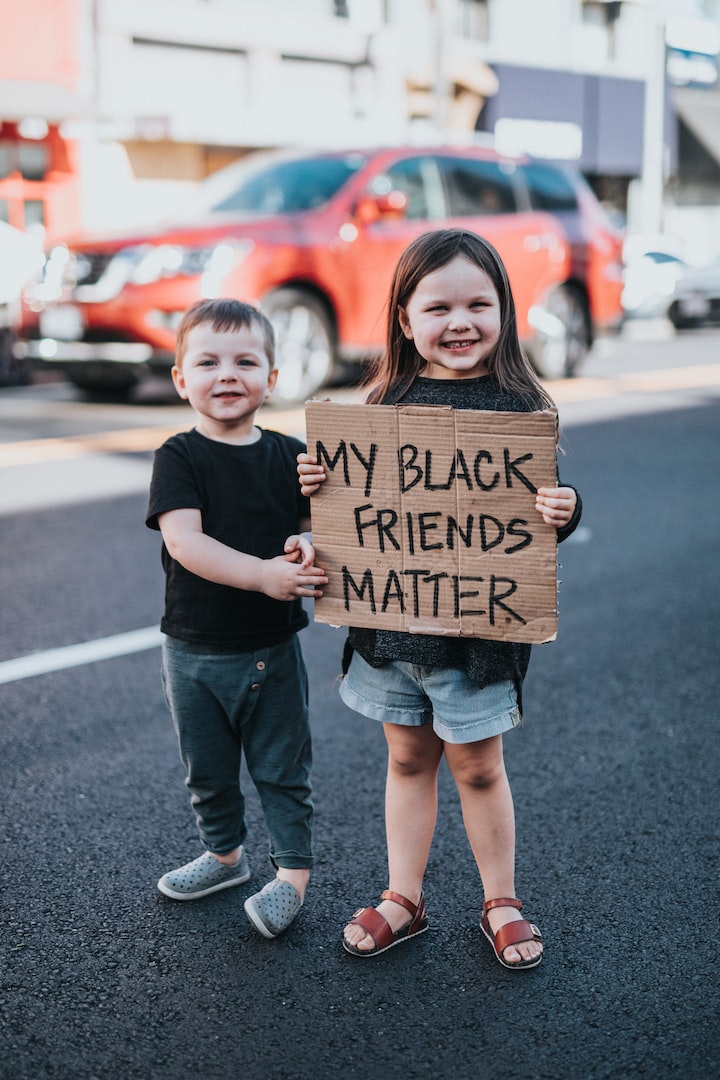 Chris Rock is one of my favourite humans. He is in my top 3 funniest comedians (Richard Pryor and Eddie Murphy are my one and two, respectively). I was listening to an interview he did with The Breakfast Club in New York, where he was talking about a myriad of great topics, one of which was him being asked about his thoughts on Jimmy Fallon’s Black face incident 20 years ago. Chris said something that made me take pause. “All things racist aren’t racism.” At first, my initial gut reaction was confusion, to be honest. Then I repeated what he said, and there was something in me that knew I completely agreed with this statement. But to be sure, I wanted to have a full and complete definition of the word so I could carefully process my thought and belief that this was an accurate assertion.

Racism is defined in Merriam-Webster’s dictionary as having 3 main components: “a). a belief that race is a fundamental determinant of human traits and capacities and that racial differences produce an inherent superiority of a particular race; b).the systemic oppression of a racial group to the social, economic, and political advantage of another; and c). a political or social system founded on racism and designed to execute its principles.” So a true racist is someone who believes that because of the colour of their skin they are superior to another group of people. However, there are just ignorant people who are a product of their environment and actually have no real understanding of their words or actions. These are not true racists, although they may participate in racist acts and behavior. I believe as people of colour that we need to be very careful about calling people racists when they in fact may not be. We need to be able to call out the difference between racists acts/behaviours and an actual racist. There is a difference, even when we don’t want to believe that. We need to be able to have conversations with people and hold them accountable for their actions and words without tearing down their personhood.

As a Black woman, you have no idea how hard this is for me to say, especially in these current times. There are some ignorant people who are actually enjoying the benefits of the responses they get when they commit racist acts. There are some ignorant people who literally did not know that what they were doing was racist. Either way, the outcome is hurtful, painful, and enraging. That said, I’m spiritually mature enough to now realize that simply staying in a place of anger, no matter how righteous and dignified it may be, achieves absolutely nothing. That is to in no way say that my anger should not be displayed when needed, because it should in its full glory. But it also means that I know that I cannot stay there for long. That the longer I stay in anger is the longer I prevent myself from being a part of real change. I know, as evidenced by my family, that there are healthy white people that exist. But I also know that even the most well-meaning white people can sometimes participate in racist acts and not even realize or know what they are doing. And while I’m sure there is some person of colour rolling their eyes right now (I get it), I submit to you that when your entire environment is doing a thing or a series of things, and then you move into another environment and are told that that thing you were doing that everyone else did back home is wrong, you too would feel attacked, bewildered and discomforted.

I remember a very personal experience I had with an Indo-Caribbean man one day. Years ago at a company I worked for, I met a Guyanese man who worked in the IT department. We were having a chat and discussing where we were from. I told him my ancestry was Trinidadian and Jamaican, so culturally we had similarities. During the course of the conversation, I mentioned having a lot of “coolie” friends. He immediately gave me this stern look and said, “You shouldn’t say that. That not a complimentary term.” I immediately was taken aback because I was genuinely confused at why he seemed annoyed. As a Black child of Caribbean decent, ancestry and culture, I had grown up my entire life calling Indo-Caribbean people “coolies.” I had never heard it used derogatorily nor had anyone, including Indo-Caribbean people ever corrected me to say that was not the correct term to use. As a matter of fact, most Indo-Caribbean people I knew used the term to identify themselves, so the idea that it was any sort of racial slur was nonsense to me. But then I heard him out. He explained to me the history in Guyana of the Asian and South Asian indentured workers. His recounting of the story was that “coolie” referred to the Asian workers who farmed rice and wore specific gear that identified the type of work they did, which then lent to the nickname “coolie.” He personally felt that calling Indo-Caribbean people “coolies” was inappropriate and he took it to mean a racial slur. Now, whether or not I agree with him and his understanding of my use of the word is irrelevant. I understood an important lesson in that moment. In the same way that when someone non-Black uses the “N” word even if they mean it affectionately it irritates me, is the same way this man felt. It didn’t matter how I meant to use the word. To him, it was offensive. I remember apologizing to him and telling him “thank you for telling me as I didn’t know that.” He just said “yeah,” in that way guys do when they make their point. We continued on with the rest of our conversation and I walked away learning a really important lesson. I am not a racist. I in no way shape or form believe that I or Black people as a whole are superior to anyone else. Yet I had unconsciously participated in a racist act and didn’t even know it. Had that gentleman not called me on it, I would never have been aware of how some Indo-Caribbean people feel about it. Now some definitely don’t care and it’s not that deep for them. But that’s not the point. If I’m aware that this is how someone might perceive this word and they may never say anything to me about it, then it doesn't need to be in my vocabulary. I have no intention of intentionally or unintentionally hurting people.

The same way that this gentleman took the time to educate me on something I was saying that was offensive to some people without calling me a racist is what I believe more of us need to do. I know it’s not always easy. I know as people of colour that we are collectively tired. We are tired of educating people and having to check people. But in a global society and especially in North America where we have such a mingling of cultures, sometimes you really don’t know that what you are saying is wrong or even that it’s racist, as crazy as that may be to some to believe. In the case of Caucasian people, it’s even more so true because they have been the dominant ethnicity in North America thanks in part to genocide, slavery and immigration. Because the current generation of white people’s ancestors built a world and life for them that would reflect themselves, it’s not hard to see why they do unbelievably messed up things sometimes that just make you scratch your head, but to them they really didn’t know. Now part of that is the advantage of white privilege, a subject many white people still doesn’t think exists at all. So now imagine trying to get a group of people who don’t believe they even have privilege to now be self-aware enough to recognize that there were racist acts that they participated in? Not bloody likely. While there have been some standouts like The Chicks (formerly the Dixie Chicks) and Lady A (formerly Lady Antebellum), for the most part, Caucasian people seem very comfortable to continue to deny white privilege. Because that would deconstruct the whole illusion that is their culture and history and that for many is painful and even dangerous. What are we, if not our identities?

So for those of us who have the fortitude to have these conversations and call out unhealthy behaviors when necessary, we must continue to do so. All of us have our part in deconstructing the fallacy that is race and correspondingly, racism. It’s not the job of people of colour to educate people who don’t want to be educated. But it absolutely is our job that when someone comes to us and says, “I want to be a part of the solution, I want to help. How can I help you?” that we be present to them and help them in any way we can. Because if we don’t, we then don’t have the right to get angry when they continue to do and say the wrong things because they are now going to people who look like them and asking them what to do because we won’t help them, and those very people are what got us here in the first place. So we as people of colour have a responsibility to show up and help educate anyone outside of our ethnicity what the rules of engagement are with us. That 100% IS our job.

The faster we as a nation both in Canada and the United States can get to a place where we employ critical thinking as the main tenet before having any discussion or debate about anything, I think the faster we will truly heal as a society. Because critical thinking requires you to be educated on a topic in its totality; not just in the parts of it you agree with. When we can see the difference between a Jimmy Fallon, Megyn Kelly or Julianna Hough and a Donald Trump, David Duke or Mitch McConnell then we are on the right path. As Chris said in the interview, our friends and strangers deserve the benefit of the doubt. We should be able to look at a variety of factors before labeling anyone a racist. For me, I need to see consistency in actions, words, thoughts and deeds before I will call anyone a racist. That word for me holds a lot of unhealthy energy and that’s not a thing I would want to put on anyone unless I truly know and can see that this is how they choose to operate, which a true racist does. Separating people from their actions seems to be a lost art form these days, but one I am determined to employ in my everyday life, as much as possible. Some days are easier than others. But that in itself, is a part of the lessons of the journey.

Read next: Right-Wing Boycott? Yeah, I'll Be Buying That