FR
by Frankie Richardson 7 months ago in politics

Could we move forward instead of back to normal? 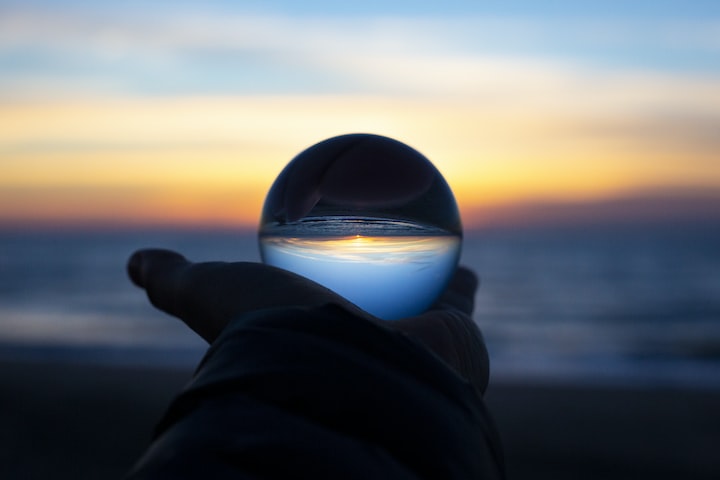 Photo by Drew Beamer on Unsplash

We’re all feeling it. This year, and we’re only half-way through, has been intense and full of upheaval and emotional pressure. We went into lockdown panic buying loo roll. We began to adjust to spending time at home, parenting our own children, understanding the importance of our social groups to our mental health. People who’d never felt hardship before were suddenly faced with a threat to their health and freedom.

And then, we all watched George Floyd die.

Another racist police officer killed another black man and the world said no more.

George Floyd cried out and the world heard him.

I’m not going to use this article to try to convince you that racism exists. These things are absolutes, this is not a question of how milky you like your tea, there is no agree to disagree or entitled to your opinion. Racism is structural, it is built into us and our society, and it kills. I know this is uncomfortable. I’m uncomfortable. We should all be uncomfortable. But discomfort is the way we learn. There are many, many voices out there that are in a far better position to educate on this subject than I am, and that is not what I’m here to do.

I said what I said. Boris Johnson was elected on a Brexit only front and that vote was informed by racism. Peoples terror of immigration was stoked into a fire which has now cost 40,000 lives through the useless response to covid-19. If we can carry the energy of the current BLM protests into votes and political action, we could elect an effective, diverse, and compassionate government that works for the needs of the people, not just the lining of their own pockets. A government based on problem solving and not ideological dogma.

But what would that effective government actually do? We arrive at public services and universal basic income. Structural inequality links racial discrimination and poverty so tightly it’s almost impossible to address one without the other. Be that in a positive light – that lifting poor families out of poverty would disproportionately benefit BAME families, Or in a negative light – that poverty and the perceived fight for jobs and resources that it creates is one of the biggest drivers of overt racism among white people. The Universal Basic Income concept argues that we pay every single citizen over the age of 16 a monthly amount just to exist. It means that when something like covid19 comes along the entire entertainment industry isn’t suddenly starving in their shared rooms in London, but it also means that by making sure everyone has access to food and a home, we lift the burden on the NHS, social services and the police caused by poverty-related issues such as child poverty, mental health and stress related illness, and discriminatory attitudes towards immigrants.

Our education system is a shambles anyway and I’m going to be writing about that in future posts, but our experience of 2020 can be used to vastly improve our education system. Firstly, by adding Britains colonial history to the curriculum. British children need to be taught the truth about our history, in Africa, in the slave trade, in India, in Ireland. It’s time for the paternalistic Rule Britannia fantasy to die. But more than that, British Children of Colour deserve to learn about people that look like them. I think it’s hard for a white person to even imagine, but history classes where everyone’s white or a slave are incredibly damaging to the concept children of colour have of their own identity. It’s that important. Taken alongside other positives of the covid19 outbreak, such as an increase in cooperation between parents and schools, a massive increase in outdoor learning, and the possibility of a child-led, aptitude based system where children progress at their own pace rather than an arbritrary line in September, all add up to the framework for one of the most progressive and effective education systems in the world.

While we’re at home, we’re having revolutionary discussions about race and privilege taking place at white dinner tables all over the place. Young people, who would normally be having these conversations at the pub with their mates, are helping to educate their parents, grandparents, aunts, uncles and postmen. We’re sharing books and watching documentaries together because our usual circumstances have been disrupted. This is huge in terms of anti-racism work, as is the time and space for reflection and self-improvement.

Again, add that to the other benefits of the pandemic and we have the beginnings of something truly spectacular taking place. We celebrate those who just a few months ago were “unskilled workers” the disproportionately BAME people who nurse our sick, care for our old, drive our deliveries and stock our shelves are finally beginning to get some of the respect they deserve. Jobs that have been denying requests for flexible working for years have suddenly been forced to admit that its possible. Parents are spending more time with the children they brought into the world and realising that they don’t need to drown themselves in gin as a result. A world where the extended family “bubble” comes back to replace the nuclear family (which only ever benefitted men), where work fits into your family life rather than decimating it, where children have close and meaningful relationships with their parents, this is a more fair, supportive and open world that is tackling mental health problems at cause.

This whole blog post may be a dreamers utopian fantasy, but I wanted to outline all the possibility in the world at the moment. We could be a country on the edge of something truly amazing if we hold fast, and channel all that energy into change. Continue to have difficult conversations with yourself and others. Continue to pressure your elected officials for meaningful change, continue to love and support those closest to you,

But most of all. Just don’t be a racist.