by Claire B. Curley about a year ago in list

"Here's how you can show up. Knowledge + Empathy + Action. If you take any one away you're performing." -- Rachel Cargle 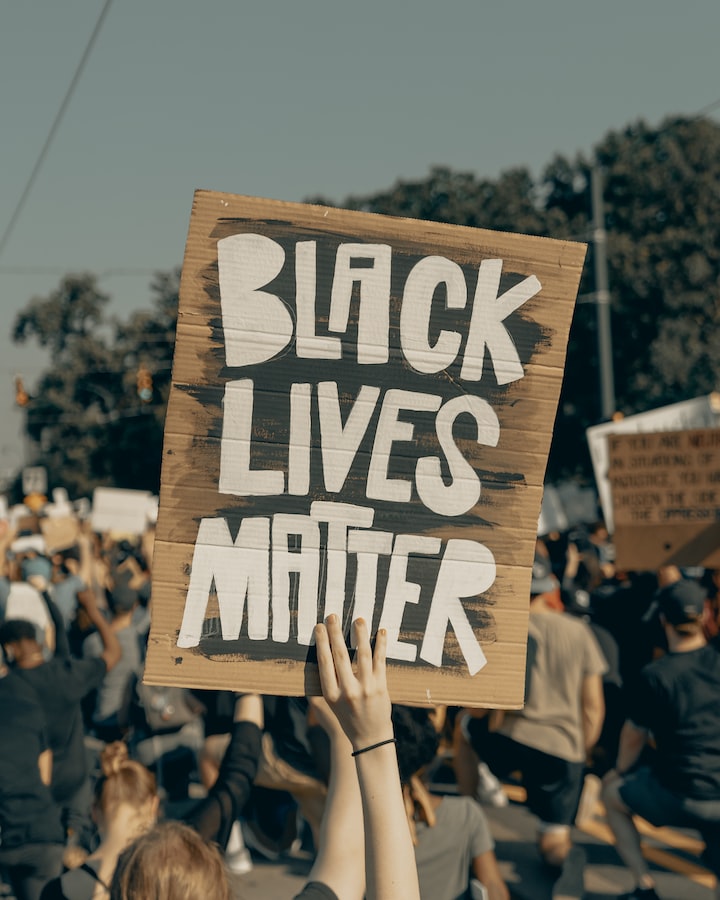 A couple weeks ago, I published an article recommending my favorite wellness podcasts. Since then, it has come to my attention that the woman behind one of the podcasts, Jen Gotch, curated a culture of racism at her company ban.do. In an effort to provide folks, especially white folks, an alternative that is rooted in dismantling white supremacy and supportive of the Black Lives Matter movement, I am offering an updated set of recommendations centered on anti-racism work.

1. 1619 -- “In August of 1619, a ship carrying more than 20 enslaved Africans arrived in the English colony of Virginia. America was not yet America, but this was the moment it began. No aspect of the country that would be formed here has been untouched by the 250 years of slavery that followed. On the 400th anniversary of this fateful moment, it is time to tell the story.”

In 2019, the New York Times, released this 7 part audio series documenting the legacy of slavery in this country. It provides historical context and lays out the real ways that white supremacy and slavery still impacts our country and communities today.

2. Good Ancestor Podcast with Layla Saad -- “An interview series with change-makers & culture-shapers exploring what it means to be a good ancestor. Hosted by globally respected speaker, anti-racism educator, and New York Times bestselling author of Me and White Supremacy, Layla F. Saad.”

Layla Saad literally wrote the book on dismantling white supremacy. Sidenote, if you are a white person working through this book right now, don’t post a step-by-step of the book on your social media platform. Instead, encourage your followers to buy the book and support Saad’s work.

Ep022: #GoodAncestor Aja Barber on Sustainable Fashion -- Personally, sustainable fashion is my jam. I have also been following Aja Barber on Instagram for years and have always found her to be v inspiring.

3. hey, girl. -- “hey, girl. is a podcast that unites the voices of phenomenal women near and far. Created with sisterhood and storytelling in mind, author Alex Elle sits down with people who inspire her. From friends to family members and strangers, the hey, girl. guests give us a peek into their stories through candid and intimate conversations.”

I have been listening to Alex Elle’s podcast and following her work on Instagram for years. This podcast helped me through some of the most difficult times in my life by providing inspiration and expanders. I invite you to scroll through the episodes and listen to those that resonate. There is healing and wisdom in each one.

Mariel on Collective Existence -- Absolutely every episode is an opening for deeper personal development, but this one felt particularly poignant given the moment in history. Mariel discusses how care for the self and collective are symbiotic, which is just what the world needs now.

4. Scene on Radio Season 2 Seeing White -- “Just what is going on with white people? Police shootings of unarmed African Americans. Acts of domestic terrorism by white supremacists. The renewed embrace of raw, undisguised white-identity politics. Unending racial inequity in schools, housing, criminal justice, and hiring. Some of this feels new, but in truth it’s an old story. Why? Where did the notion of “whiteness” come from? What does it mean? What is whiteness for? Scene on Radio host and producer John Biewen took a deep dive into these questions, along with an array of leading scholars and regular guest Dr. Chenjerai Kumanyika, in this fourteen-part documentary series, released between February and August 2017.”

Okay, this is an ‘oldie by goodie’ recommended in a recent episode of the last podcast of this list. Scene on Radio does a deep dive into various themes each season. In season 2 it challenges assumptions and the inherent racism built into America. It provides an interesting and informed take on the cultural and historical significance of anti-black racism in our country.

That’s Not Us, So We’re Clean -- It is an all too common refrain from white folks, even people in my family. Somehow living in California, rather than the South, makes my family immune from racism, but it definitely does not. We are all culpable as white folks because we all benefit from racism and, specifically, anti-black racism. I found this episode to be particularly illuminating and a counter narrative to what I was taught in school and from my family.

5. The Opt-In with Aurora + Kelly -- “The Opt-In invites its audience to an intimate, ongoing conversation between a Woman of Color and a white woman who are unpeeling their collective conditioning, exploring ongoing re-education, and stumbling on their traumas and blind spots, all while making more space for love, forgiveness, freedom, and truth. The Opt-In aims to show the messiness of human transformation through the lens of uncomfortable conversations happening in real-time.”

I thoroughly enjoy Aurora and Kelly’s dynamic as well as their ability to hold space for each other through difficult conversations. I am also partial to empowering examples of female friendships that are centered around vulnerability.

Becoming a Good Ancestor with Layla Saad -- I know I already talked about Layla Saad earlier in this article, but this was a powerful episode that was also extremely timely. Saad touched on the discomfort around ancestors for white people, which struck me and left me contemplating how I can show up now to be a good ancestor one day.

Listening and learning are important parts of the sustained anti-racist work white people must do. Allow yourself to question your assumptions, listen, be open, drop your defenses, and do not center yourself. Also -- donate money (but in a sustainable way), show up in-person to protests or city council meetings, sign petitions, and share reputable information with your networks. Figure out what your micro-activism looks like, hold yourself accountable, and keep doing the work.

Claire is the Executive Director of Broad Room, an arts nonprofit in Sacramento. She writes about the magic of uncomfortable transformation + the resilience of creatives.

Claire is 30, survived her Saturn Return, and loves pickled onions.