by Terri Ruley about a year ago in bitcoin 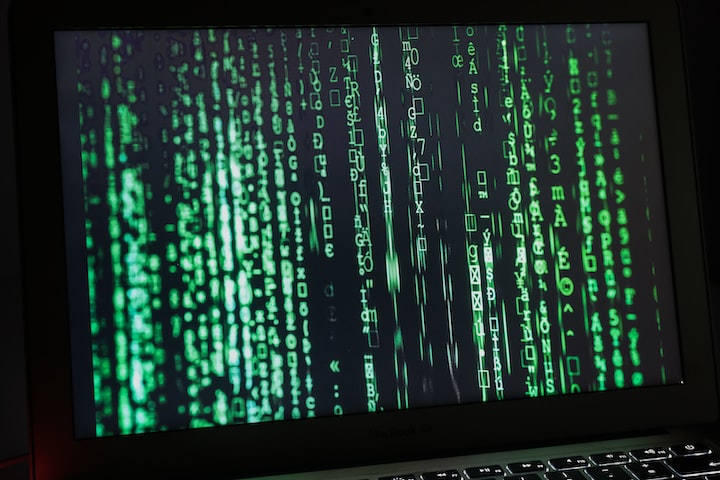 Ashton woke up at 5 am as usual and took a quick shower and shave - razor’s still good for a few more uses, he thought - then went into the living space which was crowded with a network of wires that were carefully taped to the floor and walls, and banks of computers. He made coffee and woke up his monitor to check last nights mining progress. Nothing to report today, he thought, then scrutinized the community buy and sell sites for computer parts. Although his system was finally doing what he wanted, parts tended to deteriorate fairly quickly due to the heat. He kept AC on all the time but still, inside those units were pretty hot. He replied to a couple of hopefuls while gulping down the last of his black coffee and went to get ready for work. Ashton decided to wear a dove-gray designer suit with a black silk tie and black leather Italian loafers which he’d bought from the downtown Goodwill with the rest of his good clothes, grabbed his briefcase (a gift from his father for graduating college) then he turned off the lights and appliances and locked the door before heading out to the bus stop.

After sitting down in the middle of the bus near the door in the aisle seat, he took out his phone and checked his emails and online dating accounts. It took a few minutes to weed out the crap everyone sent him before he found two legit emails, thinking that’s about par for the course. He had several messages from prospective dates, and he read through them. One from a girl who claimed to be a starlet from Charlotte; he admitted it sounded cute and deleted it. One from a struggling wannabe fashion model, who needed someone to tell her how beautiful she is; deleted. And so on until one from a woman whose profile he had clicked on weeks ago, then promptly forgot about because she was way out of his league. He was intrigued, to say the least, but it was time to get off and he put his phone away.

Walking half a block to his building, Ashton mused about the woman with a hint of a smile on his face. He nodded absently to the guards and made his way to the last bank of elevators, which he rode up alone - another good reason to arrive early. As he got out he bumped into a co-worker he was barely acquainted with and they exchanged embarrassed apologies before moving on. He stopped in the break room for a Cappuccino and grabbed some free pastries, chiding himself for daydreaming before going into the massive room that housed hundreds of cubicles, most of them empty this early.

As he approached his desk he noticed the guy on his right had cleared out his things last night. He sat down and started to go through the drawers in case he’d left something and ran his finger into a half-eaten 3 Musketeers bar. Cursing under his breath, Ashton flicked off a bit of candy into the trashcan and used a wet-wipe to clean it off. Let that be a lesson, he told himself wryly. His colleagues had started to trickle in and before long the floor was buzzing with people talking quietly, and he let himself zone out for a minute. When his monitor came to life he entered his security codes without thinking and got logged in.

Phones began to ring and it got louder and louder until you could barely hear yourself think and Ashton loved this part of it. Like everyone else he took calls and watched the big board, advising people to buy or sell in an intense race to make more money before the bottom fell out. He had several really big clients and a lot of average investors in his portfolio, but it cost a lot to rent his space here, so he hustled every second he wasn’t taking a call to find prospective customers via referrals from his current list or sometimes a co-worker had too much on their plate and would throw him a ‘scrap’. It was enough to make a decent living.

Working through lunch was a routine and he grabbed some chow from the break room vending machines along with some leftover donuts and a Coke to choke it down with. He took it to his desk and watched the ticker tape, which didn’t stop running for anything, while eating; wishing he could take advantage of the information and his knowledge to make some serious money. Just thinking about it made him nervous enough to look around, so he finished lunch and dived back into the rat race of Wall Street until time to go home.

As soon as he got on the bus he took out his phone and checked his messages - and there was a new one from her! He hesitated a moment before opening it, reveling in his good luck. It said she really liked his profile and thought he was extremely handsome (his eyebrows rose at this) and she’d like to have coffee this weekend if he was free. Ashton was so engrossed thinking about where to go and what to wear that he missed his stop and had to walk three blocks back to his mobile home park, which gave him time to rebuke himself for being silly. Still, he had a small smile on his face as he unlocked the door and went in, automatically latching it behind him.

He mused to himself that his trailer was far and away from the homes his co-workers struggled to afford, but he liked the anonymity of it and everyone here minded their own business, which suited him. Nobody cared what you do as long as you keep quiet and to yourself, the lawncare was done by the park, and it was cheap. He paid cash for the trailer itself with his second paycheck and now all he had to pay was utilities. He still had misgivings about his outrageously growing electric bill and was concerned someone would be curious but so far so good. He always paid in full before the due date, which seemed to be all they cared about. Still, he thought he should at least consider upgrading the wiring but he’d have to do it himself, and he didn’t know anything about electricity.

Ashton heated up a microwave meal and drank the rest of his coffee from this morning after he had changed out of his business clothes and into jeans and a polo. He ate it while checking on his Bitcoin mining, finding nothing new, but expecting nothing more. He knew it could take years to find any, so he was patient. He cleaned up after himself and went out to catch the bus to his second job at the call center over at the strip mall. Even he found it ironic that he worked on Wall Street during the day and as a telemarketer at night. Bills gotta be paid, bonus gotta be made! The bus came around the corner and he climbed in and took his usual spot by the middle door and he immediately got out his phone, skillfully avoiding anyone who might try to talk to him.

Getting off the bus, he headed straight to the door and went in, grabbing cleaning packets on the way past the admin’s desk. Ashton sat in his seat, cleaned the equipment and his desk and got out his ‘cheat sheets’ which he hung up around his cubicle for reference. He rarely used them anymore but he thought it looked more professional that way, and some of the supervisors insisted on it. As if on cue, his current supe Colin was walking down the aisle toward him with a serious look on his face. He approached Ashton and asked if he could accompany him to the office. Ashton said of course and Colin led the way into the nearest office, where a couple other people were waiting.

Colin invited him to sit down, and then they all took a seat. Ashton was nervous but didn’t show it thanks to his training, but the silence seemed to go on forever while they looked at him. Then the woman seated at the desk in front of him greeted him by name and thanked him for coming (like he had a choice, he thought). She introduced herself as the center owner and went on to say that he had been highly recommended by his supervisor as a prospect for taking over his job as he was being promoted to Center Manager. He glanced at Colin to find him nodding his head and smiling, then he looked back at the owner. “What are the hours? I have a day job” he asked. Colin answered him, and said no change in hours. Ashton said, “When do I start training?” and that was it. He finished the night on the phones and got so many sales he made bonus for the whole week, and he went home a supervisor-in-training.

On the bus ride home he simply sat and reflected on what an interesting day it had been. When he got off he turned and waved to the driver, who was so taken aback she physically started, then waved tentatively back at him before driving away. He walked to his trailer and let himself in, locked the door and went to the fridge for a drink. Sipping on a glass of tea (which he made himself) he woke up his monitor and stared at it in amazement. Ashton couldn’t believe his eyes - he had finally struck paydirt! Not just one, but two Bitcoins mined while he was at work! He pushed his hand through his hair and started to smile. It was then he noticed the smell of hot electrical wires, which was followed by the sound of the hot water tank exploding; the fire burned so hot they could see it on Wall Street.

More stories from Terri Ruley and writers in The Chain and other communities.