by Alex Tucker about a year ago in bitcoin
Report Story

What happens when the country doing the most crypto mining just stops? 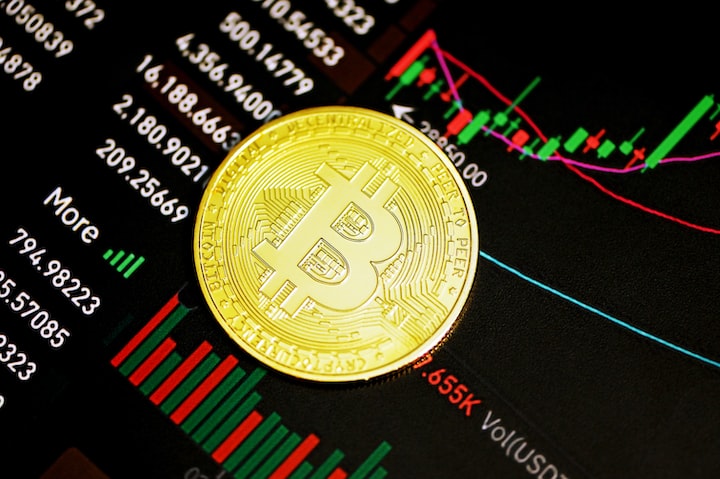 China's cryptocurrency crackdown has echoed throughout the world of digital currencies, and it seems the country is just getting started.

The latest word from China ordered cryptocurrency mining operations in Sichuan to close down. This follows Inner Mongolia and Xinjiang provinces which began following similar orders in recent weeks. It now seems like China is cracking down on bitcoin at an unprecedented rate, and many are wondering what comes next for cryptocurrencies around the world.

Why is China cracking down on bitcoin mining?

The main given reason is that the energy required to mine bitcoin would prevent China from reducing carbon emission 65% by 2030. The nation has also claimed it will become carbon neutral by 2060.

However, many experts believe other reasons at least contributed to the decision. For example, China has insisted that cryptocurrencies are a threat to the country's financial stability and monetary policy.

The fact that this bitcoin crackdown would destabilize the global crypto economy may have been intentional, or just a side effect of the change.

What will happen to Chinese bitcoin mining operations and the global crypto economy?

The blow to bitcoin has already caused erratic behavior on the crypto tickers. For example, bitcoin's price plunged from over $50,000 in early May 2021 to a low of less than $30,000 by late June.

It's natural to be anxious about the recent downturn. But when you consider that less than a year ago, bitcoin's price was under $10,000, the inherent volatility of cryptocurrency becomes clear. According to many experts, this is just a blip that the market will correct for naturally.

In fact, on bitcoin exchanges, some people are buying as much as they can in order to profit from an expected rebound or influx of new investors (even though this is a risky move).

Will China's crackdown be good for bitcoin miners in other countries?

The Chinese crackdown may yet have another unintended consequence: it could make mining bitcoin easier for everyone else.

Computers mine cryptocurrencies by solving complex mathematical and programming problems, a process called "hashing." Because China controlled such a large percentage of bitcoin mining rigs, its crackdown gives miners in other nations an opportunity to expand and become more critical to the world of crypto.

According to Ryan Browne of CNBC.com, the significant reduction in bitcoin mining infrastructure has made the mining process easier and potentially more lucrative.

"Crypto experts say that, with more bitcoin miners going offline due to China's restrictions, other miners' share of the network will increase, potentially making mining much more lucrative. ... Meanwhile, the network difficulty of bitcoin — a measure of how hard it is to mine bitcoin — went from a record above 25 trillion in May to 19.9 trillion last week. Mining difficulty is adjusted roughly every two weeks, so there is a time lag in the data."

On the other hand, if the value of bitcoin does not correct to its previous high soon, it may be more challenging to profit from mining going forward.

Many China-based crypto mining businesses are now moving to other countries, including the United States. In the meantime, the price of graphics cards, including Nvidia and ASUS, has fallen more than 50% in many Chinese provinces. High-powered graphics cards are used in bitcoin mining operations, so demand for this computer hardware has plummeted.

Interestingly, Nvidia's stock price has gone up significantly in the past month. In contrast, ASUS stock has shown little change.

Many see this dramatic downward shift in crypto markets as an opportunity to invest in bitcoin and other digital coins. However, others feel they must wait until the markets stabilize before investing or moving their currency.

If you're a beginner in the world of crypto like I am at the time of publishing this article, know that you may want to do extra due diligence in these uncertain times.

Personally, I see this as an opportunity. Still, I can't ignore the risks or the fact that a lot of FUD (Fear Uncertainty and Doubt) about crypto has emerged in recent weeks.

My plan to get started in crypto

Rather than worrying about whether right now is a good time to invest in crypto, I plan to begin earning it through several awesome online platforms. There are multiple ways to earn crypto without needing to invest your hard-earned cash or setting up an expensive mining rig. Here are the three I'm starting with:

China is in the process of eradicating crypto mining within its borders. That sounds like bad news, but it may not be for the world of cryptocurrency in the long run. It's simply too early to tell.

This could be an excellent time to start acquiring some cryptocurrency, and I intend to do double due diligence. Remember, I'm not a financial advisor, and I'm not offering any kind of advice to anyone. I'm just documenting my journey down this path and sharing news as I learn about happenings in the world of crypto.

I help entrepreneurs build the businesses they envision online.

More stories from Alex Tucker and writers in The Chain and other communities.