Giving back to our troops

by Lisa Jacovsky 19 days ago in product review 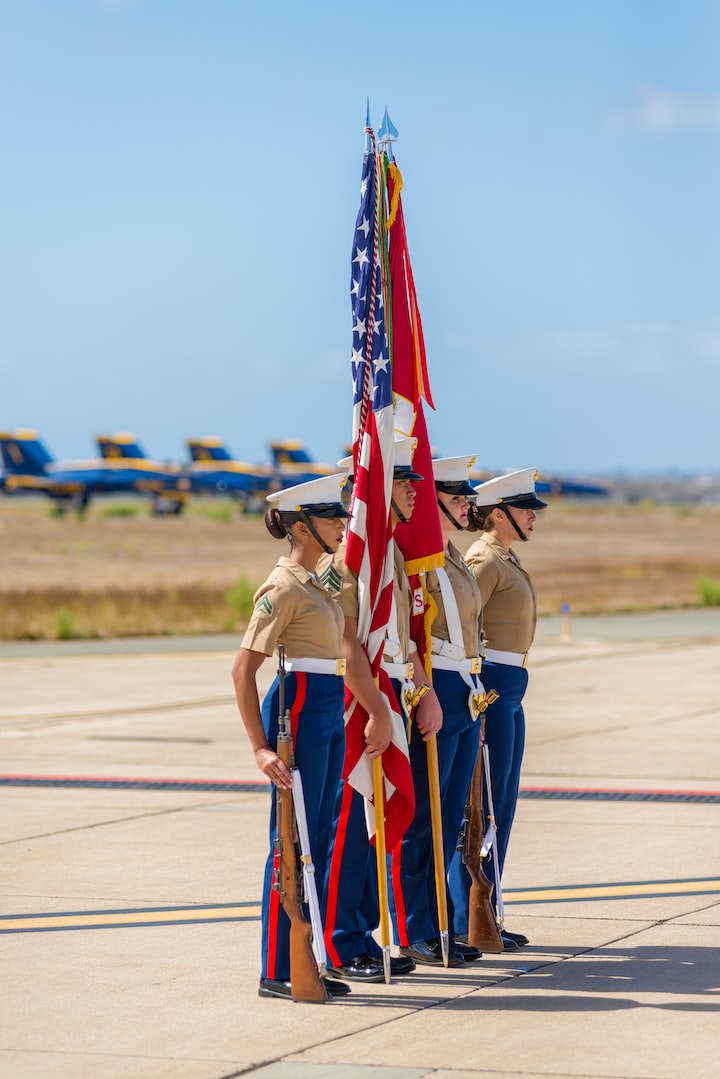 Photo by Weston Eichner on Unsplash

Volunteering has been a way of life for me since I was young. I have always donated clothes or when I was younger toys. I think this idea of giving back just kind of stuck with me. Ive done different kinds of volunteer work over the years. Then in 2019 I felt like it had been long enough, about a year in a half since I had last done any kind of volunteer work. I had seen a commercial about the nonprofit Wounded Soldiers and decided to go do some research to see if I can give back with them. In doing this I found Soldiers Angels.

Soldiers Angels is an amazing nonprofit that has different kinds of volunteer work that benefits our veterans, deployed soldiers, and their families. This nonprofit really hit a soft spot with me because my brother had served in the Air Force for four years. I have always respected those who served and felt blessed that we as a country have people who are willing to leave their families and keep this country safe. When my brother joined the Air Force, I learned a different and new kind of respect for our military. A kind of respect I think you can only understand if you have a family member that is serving or has served. I take great pride in the choice my brother made and all the accomplishments he obtained when he did serve. Even though he finished his contract about five years ago, I still have a tremendous amount of respect and love for those who are serving and have served.

What I decided to do with Soldiers Angels was to join their card writing team. I decided to do this in part because of my brother. You always hear about how hard boot camp is or see a rendition of it in movies, but you really do not know until your family goes through it. It was the hardest part of his time in the Air Force and something I could never endure myself which made respect him even more. During his time in boot camp, he could not call, text, email no contact at all for the first month. Then we were able to write him letters and I knew I would write to him, but I never expected to do it as often as I did. I will never forget the conversation I had with my mom about writing to him. She told me that they had talked to him on the phone, which was exceedingly rare and only for a few minutes because they had to earn time, and he had said that he would like for us all to write to him. He had said how much it would really mean to him and how sad he was on the days when mail call would happen, and he did not receive any mail. To be that honest and vulnerable really hit home because it was not typical of him to open like that. It was something that stuck with me and probably always will. I wrote to him weekly or more as I could, and we asked all our friends too. Then the phone calls turned happier because he was receiving mail, a piece of home and nostalgia for him during a time that was incredibly difficult. It meant so much to him to receive our letters and I will admit I cried when I received a response from him. I still have that letter and I probably always will.

This is the reason I joined the cards team with Soldier Angels. On this team you can choose as many or as few different opportunities. They can be congratulations, happy birthday or just a thank you card. Some people collect post cards from different states, and some make a book for their soldier. There is a FaceBook page where people share what they are sending. It is so impressive and amazing to me to see so many people give back to our troops. I even got a thank you card which is still on my refrigerator. Some people go above and beyond and add in little gifts and some people just write how much their sacrifice means. I send out three or more cards a month and hope to one join other opportunities the nonprofit offers. It takes so little to ensure that a soldier feels blessed and loved. I have read on Facebook about how meaningful these letters are to so many soldiers. This is a nonprofit that is near and dear to my heart and I am so grateful to those who started it, manage it and volunteer their time to ensure our troops, current and veteran feel incredibly loved. Soldiers Angels will always be a part of my life and in the future I will ensure my family takes part as well.