You Must Get Lost Before You Find Yourself

by Miss Sunday 11 months ago in anxiety
Report Story 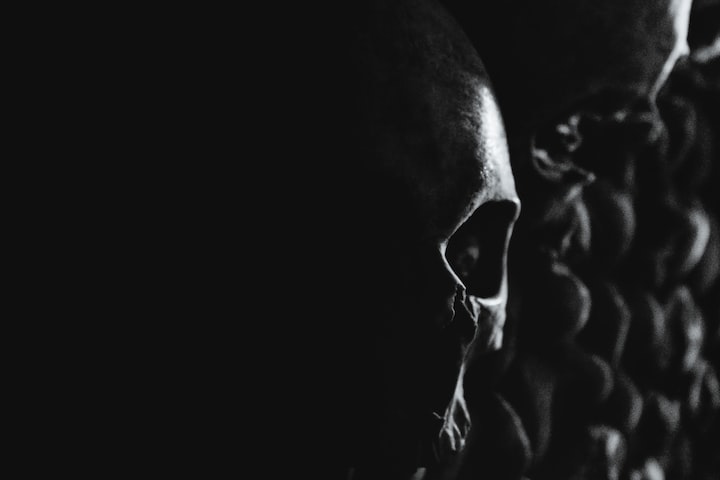 Photo by Renè Müller on Unsplash

"You have to get lost before you find yourself."

A quote from one of my favorite novels, Paper Towns by John Green. I have read that story back in college, and I was clueless then, not understanding what that means, but I remember that it instilled in my mind.

As time passed by, and as I entered adulthood, I began to understand it more.

Fortunate are those who, in their childhood years, already figured out what they want to be in the future.

Even, I, myself, had the same thought when I was a kid. Just like other kids, I was so excited to grow up, because I thought everything will be better - I can do everything I want, and I can go wherever I want.

So, when I finished college, I thought I was closer to where I want to be.

But then, the moment I stepped into the real world, I realized I haven't figured it all out yet.

There was a moment during that transition that was so confusing. Suddenly, I was no longer a simple student. It felt like, in the course of a few months, my life changed. And that was an overwhelming experience.

Everything was new. It's like I was walking along the dark road with no one to turn to.

It felt like trying to find the end of a maze. In the blink of an eye, it already set me out into the wild world. No summer breaks, no old friends to turn to when everything is already stressing you out, no teachers or professors to teach you what's right or wrong.

All of a sudden, it's just you in the world that is so big, new, and frightening.

It felt like I was just a tiny dot in that big real harsh world of adulthood. There were a lot of adjustments that I had to make. In the process, I'll really get drowned with everything happening all at once.

The moment it felt like the world is revolving quickly around you, that every day is feeling like a blur, a hint of confusion and doubt will creep in.

During the times that I was trying to cope up with how to deal and live in the actual world, I found myself lost in the middle of everything. I felt like I was not doing what I was supposed to be doing.

Each day passed by and slowly, and it felt like everything is already a routine. Like I would get up every morning, go to work, do all the clerical and admin work that I have, and then go back home.

Everything was the same. A monotonous life with nothing new to look forward to.

That's when the urge of doing something different crawled in. I was trying to find what will fill the void I have in my heart because it feeling empty.

And that's what I did, I followed my heart; I followed the path where my heart was leading me.

Again, back in the beginning, it was not a simple journey; it was not the quickest decision that I made. I had to think about it thoroughly. I was back to transitioning in life again.

Finally, the long dark road was no longer dark. My heart enlightened me. And finally, I understood what John Green was trying to say.

After being lost for a time being, I've gotten to know myself better, and I found out what will really make me happy.

I Do What I Am Passionate About

The debate over passion versus money has been going on for ages already.

Sadly, we were brought up in a world where money plays a big role in life that results in causing a dilemma for people sometimes.

It's hard to choose what your heart is passionate about, especially when there's a significant difference in income. For some musicians or actors, there is no certainty or stability in what they do, especially when you are just starting out.

This is the reason some people are giving up on their talents and passion because of uncertainty.

Another factor is the pressure from people expecting so much from you, or even you, yourself - the pressure that you are giving to yourself. The lack of support and encouragement results in a more disappointing situation, where people give up on their heart's desire just to meet the standards that society has set for them.

Luckily, in this day and age, we became more encouraging and supportive of each other's talent and passion.

This is such a splendid development, because really what matters most is being happy in the life that you choose to live.

Life is too short to do the things that cause heart sadness.

It's always exciting to do things I am really passionate about. If I think of pursuing my dream to become a lawyer,

Just Do It - Nike

I just have to trust and believe that someday, I will be successful.

It's Never Too Late To Start Over

Following my heart sometimes meant going back to where I started.

Especially when the path that I took is far different from the path where I used to be. It can be scary starting over and going back to the beginning can be quite frightening. It's like turning your back from the success that you've already achieved, but always I always remember that it's totally okay.

Never regret doing what your heart really desires, what makes you happy.

Especially when I have thought my decisions through and through before doing them. The success that I had before is nothing compared to the happiness and success that I'll get once you do the thing that I am passionate about.

It will surely be more fulfilling and fun.

That's what I've learned when I took a different path. I changed from working in the office to becoming a lawyer. I became a lot happier when I studied in this field that I really wanted because it was what I really want to do ever since.

One reason is that I took a law course in college that was a lot more aligned with my interests in watching crime series and law series such as Suits - brilliant series!

That time I decided to change, I felt an immediate release and the upcoming emotion of freedom, because it felt like I was on the right path - that I was doing what I do, I am using what I learned in school.

Sure, the path that I chose was even more challenging, difficult, and a lot more stressful, but at the end of the day, all the stress is worth it because I love what I do.

Whenever I feel like my current situation already burned me out, and there is something different that I really want to do, I think of all the possibilities and never hesitate to take a risk.

I believe there is no timeline in life, we all have our own time to bloom.

Taking a risk is better because I will never know what the future holds.

I am not afraid to take that risk, if I fail I can start over again.

For me, it is better to know "what is", than to forever wonder about "what ifs". I guess you think the same.

You wouldn't have read until the end.

Hello :3 I am Miss Sunday and I finally got over myself to share my experiences and deepest feelings to hopefully help you not to make the same mistakes!

More stories from Miss Sunday and writers in Psyche and other communities.