by Sandra Wilberforce 2 years ago in depression
Report Story 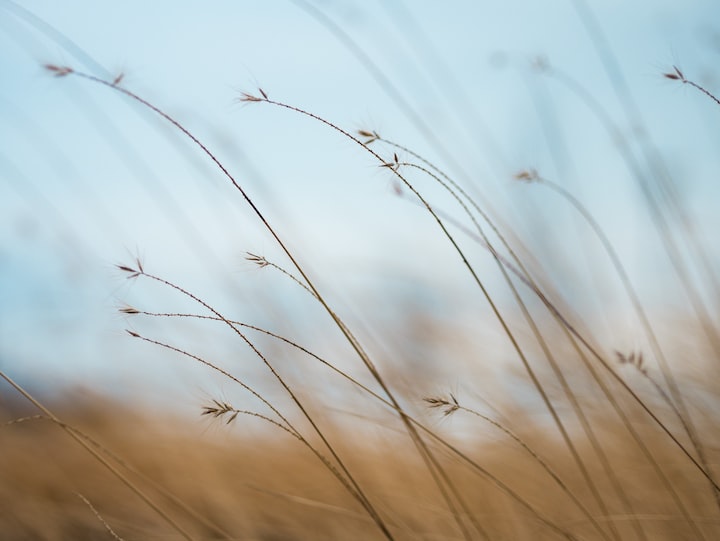 Do you know what I wonder on most days? And I’m not saying this to alarm anyone or for attention, and no, I’m not suicidal. I’ m just curious what it feels like to die. What chai of events it would release, if it would be marked as a point in the universe, spark something beautiful to happen? Sometimes I’m so eager to find out, that I have to force myself to not take those two, three steps into the road flooding with cars, just imagine what the impact would feel like, what would my brain, body and response be like… I guess it would hurt, that part we wall know but what after that? Would I become a shooting start in the night sky? Would I be over and around my loved one? Watch over the, even see them? Or would I be reincarnated into an animal or another human being in our current, past, or future earth? It is interesting to wonder. However much I wonder I guess I could never go through with it, my body will physically never let me do it, my mind has this auto play of collections of images and videos of my little cousins (not so little anymore, ah they grow up so fast), my partner, my family and it doesn’t give up until I retract myself from “the danger”.

I feel so lonely lately and cold. I feel very cold. No matter what I do I’m still cold. I tried to get warm by using a hot water bottle and thicker blankets, but it didn’t work, I feel even colder. The only time I feel a temporary warmth is when I’m asleep. I get this acute sense of peace right before I slip into sleep, it’s quite comforting, almost feels like the only comforting thing that I’ve been feeling these days. My mind keeps replaying small visions of 2016 and parts of my life in Spain, the beach, the sun and it’s always the same thing. Like there’s a hidden message that I’m suppose to uncover, I can’t seem do figure it out, the only thing that keeps coming out of my mouth is “I miss Spain so much”. Hopefully I’ll uncover this mystery soon. 2016 was a lonely year. It was filled with depression, I really missed my baby, my baby brother. He was engraved in my heart, he still is. To be honest, if I’m really being honest, I’ve never felt complete since he left, no one can ever complete me the way he did. I feel lonely. That’s why I almost did it so many times. I almost killed myself not because of the pain my father put me through, that was tough, very tough but it wasn’t why I almost threw myself from the window, he wasn’t worth the splash f my blood and pieces of me scattered everywhere, no. I wanted to do it to see you again.

I missed your smile, so effortless and simple, genuine. I don’t see any of those anymore, well Max has one of those, sometimes. I don’t think I deserve him, I have too much baggage and it’s not one of those cute ones that couples tell each other to make themselves feel better. I have real baggage and I can’t talk about it. Not because I don’t think he’ll understand but because I know he’d try and make me feel better and for me to feel better he’d have to let go of anyone and everyone important to him and put me at the centre of his world, which I would then come to hate because he would eventually, if not initially, detest me for that.

Last week I moved out of the house, it’s actually been over a week now. I’m going to be truthful and say to my surprise it’s been harder than I ever thought it would be. I woke up this morning and cried myself some big girl tears on my friend’s bed and yellow cushion. It was painful. I cried because I felt lonely, I know we’ve been telling each other this is not a breakup, we’re still together. So why does it feel like my heart broke into two and stomped upon. I feel lost. I kept convincing myself that the reason why haven’t gotten married yet is because we are not ready financially, because I know that I love him and he loves me. Don’t get me wrong, money is very important but let me tell you about the numbness I just went through half an hour ago. Even if I had all the money in the world, I wouldn’t be happy. Maybe I latched on too hard, I don’t know.

I’ve been listening to a lot of music lately. I’m one of those old people who hates listening to new music, I like my comfort zone, I like to listen to music that I know the lyrics to. I used to listen to music to determine my feelings, I say used to but I still do it, just a bit less now. I would listen to Taylor Swift when I felt sad or upset (the old Taylor), to feed that horrendous feeling of hurt and intense pain. When I was happy I would listen to old Spanish raggaeton, you know those ones that make you want to dance.