by Bond Wang 3 months ago in humanity

Especially in the team effort 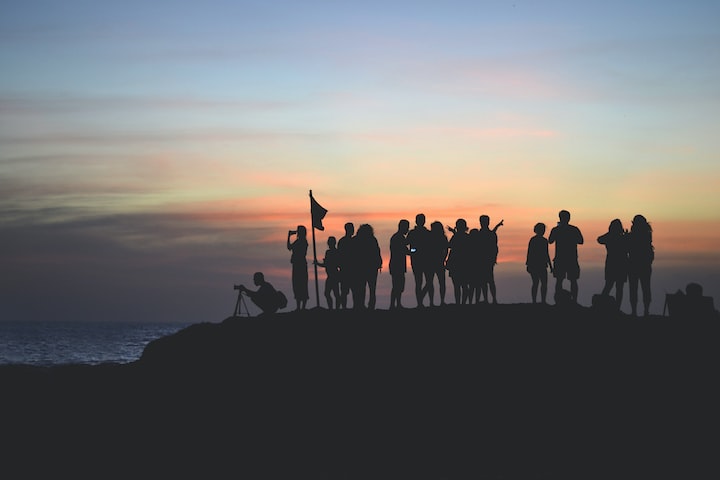 It all started with a Greek fable in the 1st century.

“A dog in the manger who has no need of, or ability to eat, the chaff in the barn. But it would prevent the cows from having it.”

In 1999, psychologists discovered this phenomenon among people. It’s a result of the lack of self-awareness. They called it the Dunning-Kruger (DK) effect — a special learning stage where a part of one’s incompetence is that he doesn’t know he is incompetent. Instead, he believes he is doing better than he really does.

“He doesn’t believe that he does know it.” — the Imposter Syndrome

We know more about the opposite of this effect, the Imposter Syndrome (IS). Both DK and IS are cognitive biases. The IS leans more toward inner perception, with limited interaction with the outside. The DK effect, however, will largely affect people around, like the dog in the manger.

This could lead the performer to “have a dream to change the world”, hop to a position that is beyond his capacity. Then a passionate blunder would ensue. In fact, it’s a double whammy for the team effort — his enthusiasm would push out those that are capable of the job.

Due to the nature of self-closure, it’s hard to see the IS in a person. In comparison, the DK is easier to identify through its ripple effect in teamwork. As the chart indicates, the effect can drive one to a “Peak of Mount Stupid” in a very short time.

One specific skill could lead one to believe he can quickly grasp more skills. For example, a person with good speaking skills tends to believe that he is a good leader, as both have the outcome of influencing people. He would take on to the leadership position that is more damaging when done wrong. A few stumbles in a speech would still get the speaker a round of applause. But in a team effort, a passionate blunder — though with good intention, could lead to failure.

In my career, both professional and volunteer, I have encountered more than a bunch of co-workers with this kind of character. Once in a sales team, a salesman dazzled every customer with his brilliant speaking skills. “Give Vincent an hour, he will convince a rooster to lay eggs,” the visitors always praised. “He is the best sales guy in your team.” The truth was, he was way at the bottom. Because when he was not talking, he vanished, no email, no phone call, no follow-up. He kicked out some of our best clients as they wanted to deal with him in the first place. Finally, he was kicked out — left in the dust wondering his wonderful speaking skill didn’t get the respect it deserved.

On a small scale, the DK effect can ruin the team effort. On a large scale, it can cost millions of lives. Adolf Hitler, the captivating speaker, Chairman Mao the war genius, both strangled tens of millions of people after they hoped for a new field of career.

I founded a public speaking club a couple of years ago. It went through the survival crisis twice, both caused by the best speakers in the team. In the official meetings, they gained the spotlight in the room with their powerful oratory. The popularity led them to apply for the president position, which was met by a big welcome — what could go wrong with their mesmerizing speaking skills and vigorous move on the stage? They won the election. Then the crisis got started. They showed no skills wherever the public speaking is not needed —planning, commitment, service, one-to-one communication, etc. The club got into a mess that lasted until their terms were over.

These crises have given an effect to me that whenever I see a good public speaker, I tend to think twice — would he or she do more damage than good once becoming a leader?

This thinking is on solid ground — once start a new skill, we tend to believe we will soon be doing great, as we are good at another one. The peak of “Mount Stupid.”

“The destruction of an object is not related to how bad it is, but to how persistent it is.” — Albert Einstein

We can see four types of people in a team. How to deal with them?

1, Smart and diligent. The best a team can have. They might not be at the top but they deliver a large part of the outcome. Get them to the operational position, get the max value out of them — of course, give them the best in return. If it’s a volunteer team, consider they are Godsend.

2, Smart but lazy. They can be creative as they want to get the largest outcome out of the smallest amount of work. As far as they stay smart, get them to a leadership position one day.

3, Stupid and lazy. Well, it can be the bulk of the team as much as it’s human nature. Get them to at least one side, become smart or diligent, or both. Teach them skills, give them the opportunity. If they are interested in neither of them, let them go.

4, Stupid but diligent. Here comes “the dog in the manger”. They are the root cause of most havoc. In contrast to the title, they believe that they are the smartest. That has driven them to be diligent. Get them out of the team as quickly and far away as possible.

The chart shows that, given time, the stupid and diligent may end up being truly competent. Unfortunately, many small teams may not have the luxury of time and training.

“Everyone fails at something. But I can’t accept not learning” — Michael Jordan

We say the IS is an internal state while the DK is more of an external. It’s nearly impossible for an HR manager to identify IS in an employee — at any time. It’s easier to recognize the DK effect, but oftentimes when it’s already too late.

Because there is a thin line between confidence and overconfidence. A potential employee under the DK effect could generate a blind shot for the HR manager at the interview. They tend to believe they are hiring a competent one, only to find out he is not after he’s already at the position.

It’s one of the reasons why the HRs are taking the conservative approach when hiring — checking certificates, diplomas, and experiences. Because learning is the key. The longer we learn, the more chances we will overcome the first curve of the DK chart, and get to “enlightenment”.

For some time in the VC investment cycle, there seems to be an adventure appeal among college dropouts. We may find the next Bill Gates and Mark Zuckerberg. But in the meantime, we could bump into Elizabeth Holmes who thought they would change the world.

“Our ignorance is invisible to us.” — Javier Zarracina

I am not a psychologist nor a self-help guru. So this is not a piece of “How to fight……” I am excited that I finally convert my thoughts over these months into words — about the DK effect.

It becomes clear to me that when I am learning a new skill, the first thought, “Wow~~I’m doing great!”, is most likely an illusion.

To overcome it, we must keep learning.

Hey, I write about life, culture, and daydreams. Hope I open a window for you, as well as for myself.

Read next: The Truth About Suicidal Ideation (SI)