When Will My Past Stop Affecting Me?: The Emotional Toll of Self-Harm

by Tori Morales 6 months ago in depression
Report Story

The first time I had a panic attack was over a YouTube video. 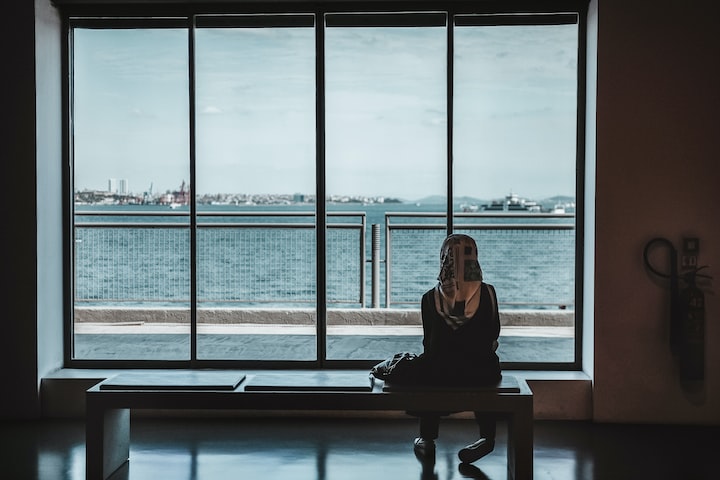 Photo by Maria Teneva on Unsplash

This article contains mentions of self-harm. If you or a loved one needs help, call the National Suicide Prevention Hotline at 800-273-8255.

I remember the first time I had a panic attack. I was eleven, maybe, and watching YouTube. A video on disturbing PSAs. It was a compilation, and I had made it past the first dozen just fine. I was on the final video, the PSA that this creator had decided was the most disturbing of the line-up.

A young woman looks into the camera, in front of a beautiful, cloud-filled sky.

The scene changes. The same young woman stands with her bloody wrists held under a running sink.

An older woman, who we assume to be her mother, walks in. She screams and rushes over to try to save her daughter.

I assume that after this there was some black screen with white text telling the viewer that drugs aren’t worth it. I don’t remember.

I felt my wrists tingle. Tingle isn’t the right word. I became more aware of them. My heart raced, and I felt bad. I felt like I couldn’t get enough air. I sat staring at the screen, scared. I didn’t know why I was scared. My hands shook. I had felt anxiety before, and this felt like anxiety, but on a level I had never experienced before.

This was a panic attack. And though I didn’t know it at the time, it was caused by seeing the slit wrists in the PSA.

I had been self-harming for about a year at that point. Yes, a ten-year-old-self harming is horrific, but that’s how it was. It was early in my self-harm career, so I was still learning the ropes. And apparently, one of the ropes of self-harm is becoming unable to stomach depictions of self-harm.

It doesn’t rationally make sense. One would think that having done self-harm would make you less sensitive to just seeing it.

This sensitivity isn’t just uncomfortable. It’s dangerous. The media inspires the feelings that accompany self-harm. Those feelings are usually also the feelings that cause us to self-harm. A piece of media might start by just triggering the emotion, but if your coping mechanism to that negative emotion is self-harm, you may end up hurting yourself. I have.

After I realized that the depiction of self-harm was what caused my first panic attack, I tried to avoid any media with similar depictions, but I hoped that someday I would get desensitized to it. That it would one day just be part of whatever media I was consuming.

I have not yet been able to do that.

Over the years, I have had to pass on media, or at least get a warning beforehand. I wanted to watch American Horror Story, but I could never finish the first episode because of a scene involving self-harm. I wanted to watch Thirteen Reasons Why to try to weigh in on debates about it, but I knew that there was a depiction of self-harm that would have been damaging to me.

It doesn’t even have to be media depictions of self-harm. Recently, I was reading while my boyfriend played a video game nearby. I looked up at some point to see the protagonist's arms covered in blood, not from any deliberate injury, but from a plane crash. Something about the way it covered her arms in thin webs, something about the way she was holding her arms reminded me of my self-harm. Even months removed from my last episode of self-harm, even in a nice, quiet evening, there might always be something that will remind me of the pain I’ve caused myself.

I sometimes feel silly for how much pain the response I have causes me. So what, I have to avoid some movies, some films? I have to be careful of what media I watch? Some people faint at the sight of blood. They have to do the same thing, only they didn’t bring it on themselves.

I shame myself for my past self-harm. I am ashamed of my scars, both physical and mental. It’s hard to grieve these things. I know I did it to myself, but I feel like a victim of circumstance. I was in emotional pain. I turned it into physical pain.

The emotional triggers I get from media likely won’t go away. They’ll fade, like my scars, but they’ll likely be there my whole life. I can’t see depictions of self-harm without thinking about my own. I can’t see them without suddenly becoming much more aware of my arms, aware of how easily I could hurt myself.

I don’t plan on hurting myself. I try to push away the thoughts. They’re intrusive thoughts, so I can’t stop them from coming, but I can remind myself that my life is better. My situation is much better, I’m happier, and I have a better support system. I don’t need to hurt myself. (Not that I ever did.)

Still, those random urges keep coming. Sometimes at random, sometimes at media depictions of self-harm, and sometimes at just seeing a nice sharp tool and imagining how well it would tear through my skin. I know I don’t want to hurt myself, and I know I would feel worse if I did. But the urges haven’t stopped. I hope they will one day.

It’s pointless to complain about it. Or at least it feels that way. There is no going back. The ugly physical scars are here to stay. The emotional consequences of my actions are permanent, I think, despite my many years of therapy.

I have learned to cope with it. You have to. You can’t go around having heart palpitations every time you see a sharp item. You learn to hold the thoughts back, and it gets easier to do so. I focus on that now, on keeping the thoughts contained rather than eliminating them.

I think that’s a more achievable goal. I do still feel bad when something reminds me of my former self-harm, but it’s only for a moment. I have the little mental speech that I trot out about why I actually don’t want to self-harm anymore. The thought passes, and I go back to my life.

Maybe that’s the only way to deal with the past. Put it in a corner, and figure out a way to keep it there. Containment. We would like to think we can heal from anything. We can, but healing doesn’t mean going back to the state we were in before. A carved tree can’t undo the carving. That carving will forever mar the wood. But the tree keeps growing, and one day the carving is just a small blip at the base of a soaring oak. Or walnut. Or redwood. You get the picture.

More stories from Tori Morales and writers in Psyche and other communities.