When love is just painful

by Bella GirlNt about a year ago in trauma 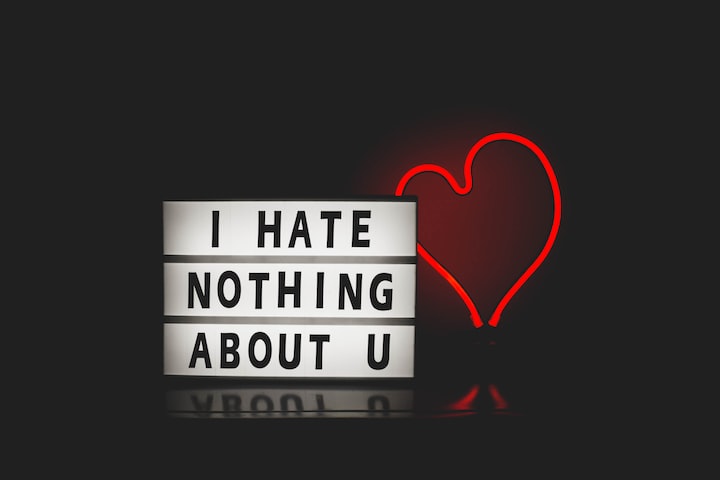 We all grow up having the fairy tales read to us and watching movies movies where the woman always finds and marries the Prince or Mr Right. But at 40 Im starting to wonder if there is such a things as Mr Right.

Every time I have found what the world defines as 'Love' it ends up turning to pain. Let me show you what I mean:

My Dad: He was the first love my life, he was my whole world but he didn't protect me from my mother's wrath or the monster of my life. And he passed away while I was trying to find myself.

The Monster: that's what I call my dad's best friend, I lived with him after being kicked out of home. I had grown up with him and his family and I loved him, I called him uncle but he was also my first real crush. He made me feel safe and cared for and as a teenager I thought that was love, but then one night he took that away by dragging me through the house and raping me all night. Telling me that he loved me while he took my virginity in such a violent way. That continued for many years and eventually I again thought that I loved him when he started to show me safety, care and a future, but then he took it away by sharing me with others and then eventually telling me that he didn't love me anymore and that it was time for me to leave and live life without him. My world came crashing down around me for so long he WAS my complete world and now I was alone.

My Finance: The most amazing man I had ever met, we were on the same wave length and actually the same age which was different for me. And after being together for a while I could really see a future with him a very happy one, we wanted to changed the world together and we started that by getting engaged, we kept it a secret for as we were helping to prepare for his sisters wedding and we decided to announce our future after that exciting day, but it didn't happen on our way home from his sister's wedding he was taken from me (along with a large part of my heart) as a drunk driver decided to drive through a red light.

My Husband turned Ex Husband: After years of being single, not thinking that I would never find Mr Right, I met Him, lets call him C. C was amazing we met online and we talked on the phone for hours each and every night and when we finally met in person I felt like we had known each other for years. I fell into his arms and we hugged for ages. It was a whirlwind romance, everything was amazing, he was a dad of three amazing children and I fell in love with them as much as him.

We moved in together, and we made a very happy home for the 5 of us. After a year and a half we broke up because of the kids mother and then after 6 months we were back together.

A few months later we were engaged and then married and they joined in a remote community after I found my dream job.

After a few years of relatively amazing marital bliss and a very happy home life things changed and we were weren't able to deal with issues as calmly and as easily as we used to. I don't know what happened really to change us but the first time I was scared was after he pinned me to the wall and chocked me and threatened to kill me. He acted like it never happened and I was just meant to forget about it.

The next time he pushed me over, I can't even remember why we were arguing. I ended up with a few cuts and bruises, easy to hide or explain away since I was such a clutz.

Then he slapped my face, but I did tell him too, after all he was standing over me and screaming at me. So he did, a black eye easily covered by make up.

The last straw was when I realised that I wanted to live and that I so much to live for and that broken bones and name calling and being controlled wasn't what life was meant to be about.

So with a broken cheekbone, 6 cracked ribs, busted shoulder blade and collar bone, fractured elbow and lower arm, I packed my bags and left realising that that wasn't love again so called love had turned to pain.

Crazily even after all that and after leaving him, I still 'love' him and care about him, just prefer a safe and happy life instead of pain. I have forgiven him so that life for both of us can move on.

Now three years later, Im not sure that 'Love' exists or maybe if it does it just always ends in pain. Maybe there is no Mr Right, maybe there are only just men who are nice for a time and then its time to move on. Maybe love is just a fleeting moment of feeling joyous and happy and in that moment the man who is there is Mr Right and there is love.

Im giving up on Mr Right and on finding Love that lasts forever and that Happily Ever After moment, but I am enjoying Life as I know it.

Receive stories by Bella GirlNt in your feed
Bella GirlNt
Read next: The Hectic Thoughts of a Manic Man