by Lita about a year ago in family
Report Story

Leaving Toxicity Behind in 2021 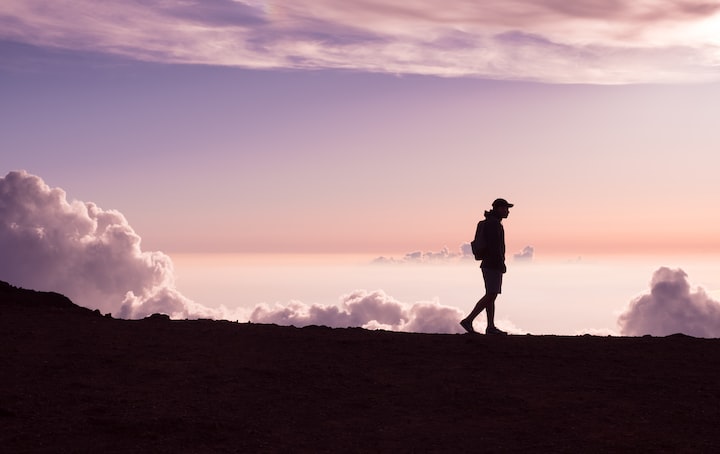 Photo by Jad Limcaco on Unsplash

As someone who has suffered from separation anxiety for most of their life, one of the hardest things for me has always been letting go of people, even when they're not good for me. The constant fear of being alone keeps me holding on, even when it hurts me. Because somehow I've convinced myself that the pain is worth it, even if it means losing myself in the process.

As the new year approached, I vowed to myself that I'd break this cycle. Once and for all, I would stop clinging to the toxic relationships I thought I needed to survive. All the one-sided friendships and unrequited romances that had been piling up like dirty laundry, I'd finally toss away. But the person I never imagined I'd be letting go of this year was my own mother.

Just the thought alone makes me feel guilty. After all, this is the person who brought me into this world, who gave me life. The one who tucked me into bed at night and made pancakes in the morning, who worked 3 jobs to keep clothes on my back and a roof over my head. She's the woman who raised me as a single mother, who encouraged my passions and supported my dreams, who accepted and embraced all my eccentricities when no-one else would.

But this was also the person who kicked me in the hallway when I was 13 years old, who called me on Christmas just to tell me I was a "bitch" and a "fucking idiot" before hanging up in my face. This is the same person who kept me up for hours on end without sleep, crying and screaming at the top of my lungs, locked behind my bedroom door for fear of my life. This is the same mother, who no longer sees me as her daughter, but as the hallucinatory image made up in her mind. To her, I'm no longer me, but a figment of her imagination created by delusion who she's convinced is out to get her like everyone else.

You see, my mom has a mental illness. After being such a hard-working woman all of her life, she finally broke.

Several years ago, my mom was diagnosed with schizoaffective disorder after working mandatory overtime for months on end. Her place of employment at the time unfortunately didn't care much about its employees, and they refused to give their workers a break, even though many of them had desks piled high with prescription meds and were leaving work in ambulances.

My mother was no exception to this, and she eventually became very sick. She became bedridden due to depression, not leaving the room even to eat. There was even a point when I was in elementary school where I had to call home every day because she would forget to pick me up.

My mom initially got the help she needed. She began taking medication and going to therapy and even had a few stays in a psychiatric hospital. She was a lot more positive and happy and she was able to take care of all of the things in her life she had been neglecting. She was starting to become an actual functioning human being again.

We were able to move to a better house in a better neighborhood. We vacationed in places like Mexico, Puerto Rico, and the Dominican Republic. Our family relationship was a lot healthier and our home environment was a lot less stressful. Things were better for a while, until they weren't...

After a while, my mom began to experience negative side effects from her medication and she hated taking it, so much so that she eventually stopped. The hallucinations returned and the delusions increased. Instead of more depressive episodes, she became completely manic.

What's ﻿worse, she was involved in a car accident where she was rear-ended by someone who was texting while driving. The accident only further exacerbated her symptoms and made her illness nearly unbearable to deal with. I put my life and dreams on hold and dropped out of college to help take care of her, as it had become a nearly full-time job.

With each day, my mother slipped further and further away from reality. She would sit in the dark for hours on end and argue with the voices in her head while chanting and stomping her feet. She began to send lengthy messages to random friends and family members, including mine, cursing them out and calling them witches, and claiming to see their faces as giant spiders on the wall...

She caused a lot of drama and distress, burning nearly all of her bridges. Every day I was forced to sit and watch as everyone around me verbally attacked and bad-mouthed my mother who was clearly sick and crazy out of her mind. There were even times where people would show up at the house unannounced and try to physically fight my mom, and when I couldn't stop it I would hide in the kitchen closet and sob uncontrollably on the phone to my best friend Jason.

This was extremely hard for me, hearing other people talking about my mom like that, even though I knew firsthand how she could be. I understand how they could feel that way because I had felt those same things myself. After all, I was stuck in a small house all alone with just her while she did all of these crazy things nonstop. I guess at the time I was in denial about how bad it truly was. I was just too scared to reach out to anybody, and nobody wanted to deal with it anyway.

I could mostly hide away and ignore her and all of her insanity by keeping myself distracted in my room, but when everyone else stopped answering her texts and phone calls and she had no one left to assault, I finally became her new target...

My mom began to see me as other people, people she hated, and her outbursts became more physical. She would scream, curse in my face, and push me so hard that I would fall into things, leaving bruises and pain that would linger for days on end. She even touched herself in front of me and proceeded to shove her fingers in my mouth. I had never felt so violated in my life, and I never expected that the person who would violate me this way would be my own mom.

The whole situation left me completely broken inside. As someone who had already been suffering from anxiety and depression, I had no idea how to cope with any of it. But I knew I had to do something, as my mom refused to get help and was only getting worse. I was traumatized and in desperate need of an escape. As much as I feared calling for help, I knew I had to do it because if I didn't, who knows how much longer I would have survived like that.

I ended up calling my brother's wife to see if I could stay at their house in Florida since my brother is in the Navy and he was still stationed in Italy at the time. This was a bit awkward since we weren't that close at that point, but I didn't know what else to do. Luckily, she understood the situation and welcomed me with open arms.

A year later, 2021, and my mother still refuses to be treated. I still think about her constantly and worry about what's going on and what I can do to help her. But I'm finally realizing that maybe I just can't, and maybe that's not my place anyway. I've done so much for her over these past years and given all I could possibly give, and it's only hurt me in the process. And even now, when she calls, I only end up stressed out and in tears.

As hard as it was for me, I finally decided to say no to my mother. I finally decided to let go and put myself first for a change. Though it hurts like hell, I know it's the right decision for me. It's time for me to heal, and to grow in ways that I never had the chance to. It's time for me to finally be free from the chains my mother's illness had held me in for so long.

I've learned a lot of hard lessons in my lifetime, and this is by far one of the hardest I've had to learn yet. As much as you may want to, you just can't help everybody, especially if they aren't ready to receive it. After years of self-sacrifice and people-pleasing, I'm finally ready to accept this lesson and stop helping those who don't deserve it. This year, I choose to help myself.

I'm a nerdy stoner poet🎮📚who loves to write about anxiety, depression, and other mental health issues.🥰 I'm obsessed with art and music,🎨🎹 and I'm a total conspiracy creep!!😈👽

More stories from Lita and writers in Psyche and other communities.