by Macy Brooklyn 2 months ago in addiction
Report Story 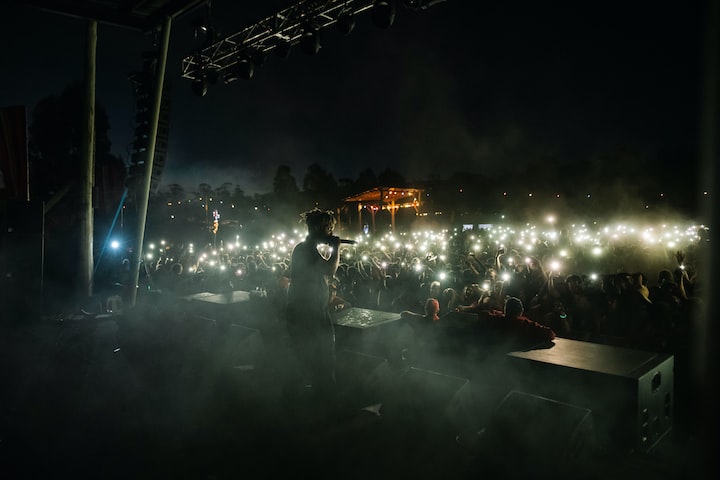 Photo by Danny Howe on Unsplash

Joss started using drugs since high school, as he himself told the New York Times in 2018 that he used Xanax while in high school, while the beginning was when an article in the Los Angeles Times reported that "Joss" started drinking codeine in class. The sixth and first took Percocet when he was 14.

As 2019 comes to a close, those in Juice's inner circle are increasingly concerned about his drug consumption levels. Joss says in the song "Lean With Me" about Joss' struggle with drugs and the consequences he faces in his life as a result:

His words often offered insight into his battle with addiction and while admitting that these substances would harm him later, and have already decimated his liver and kidneys with every passing day, he doesn't seem ready to recover, one dose is not enough, I want more than one! (So ​​he says).

In the early hours of December 8, 2019 came the shocker, Juice WRLD, he died less than a week after his twenty-first birthday to write the unfortunate ending.

Sources at the time allege that the young singer swallowed several Percocet pills to hide from federal agents while landing at the airport (agents and federal officers were waiting for Juice WRLD's private jet to arrive at Chicago "because they suspected" they would find contraband).

Without comment from those on board with Juice that evening, there is only speculation about what happened in the rapper's last minutes. As Lord says:

"Knowing how Gus was that week, and knowing how upset he was the night before he traveled, I'm willing to believe he frankly overdosed."

"I don't think there is a greater conspiracy around the circumstances of his death," he added.

It is assumed that Juice may have taken the pills just to stay high during potential police custody, which was confirmed when a rapper aide told local authorities that Juice WRLD had taken "several unknown pills" prior to his medical emergency, adding that The 21-year-old had recently (before his death) become addicted to Percocet.

“Addiction knows no bounds and its impact goes far beyond the person fighting it. Jarad was a son, brother, grandson, friend and so much more to many people who wanted more than anything to see him beat addiction.”

"Hopefully his music would help others win their battles because that's what he wanted more than anything." Carmella Wallace - Joss Lord's mother.

for that; In April 2020, Carmella Wallace launched the Live Free 999 Foundation, which aims to support young people in their battles with anxiety, addiction and depression.

"Addiction kills everything, but you can beat it"

This is how Joss tweeted in 2019, a few months before his death, announcing that he was away from codeine, but unfortunately his addiction caught him before he sought treatment.

An indelible legacy even after his death

"Gus"'s phenomenal success, did not stop the moment his heart stopped beating, his music is still among the most streamed music in the world, not only that, two albums of Joe were released posthumously, his first Legends Never Die in July of 2020. Soon What debuted instantly at number one on Billboard magazine's chart.

The album Fighting Demons was also released on December 10 last year. It was released by Grade A Productions and Interscope Records. The album features guest appearances such as Justin Bieber, Polo G, Trippie Redd, and Suga from BTS. It serves as a link to an HBO documentary titled "" Juice WRLD: Into the Abyss" was released a few days after the album's release.

Wallace, his "mother," says it's bittersweet to see her son achieve so much lasting success, but he's not here to enjoy it:

"It's so happy to see that, but it's also sad, because I miss him."

While his drug use was no secret, Higgins' death and the abrupt end of his promising career continues to shock the music industry, particularly in light of the recent deaths of two contemporaries, XXXTentacion and Lil Peep.

With this in his short career, his legacy and influence in hip-hop will remain indelible. He was a vital part of a generation of artists who stamped rap as a legitimate sub-genre of hip-hop, and he also demonstrated to rap fans how acceptable it is to express their vulnerability.

Gus has touched the hearts of millions of fans around the world with his rap that centres on heartbreak and the dangers of mental health to drug abuse and addiction.

His music helped teens understand their own problems and arguably made people realise they weren't alone in their battles, and since he was as young as them, he knew what his fans were feeling, and his music was an escape from their harsh, painful reality.

Macy Brooklyn is not accepting comments at the moment

More stories from Macy Brooklyn and writers in Psyche and other communities.