Toxic Optimism and its Repercussions 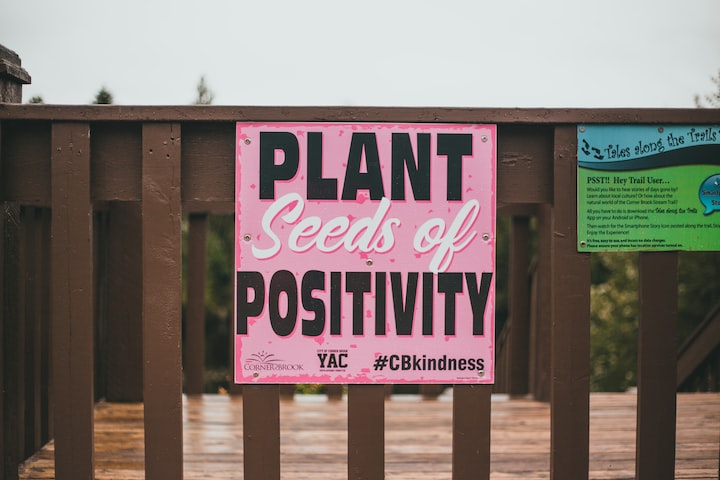 This article will examine why baseless optimism harms our mental peace. Why doesn’t it yield any positive results for our well-being?

When we say that a particular person has positive thinking or is an optimist. We are complimenting him for his traits and way of living. Sometimes, this optimism deviates far from reality and becomes wishful, leaving us in our world of imagination, far from truth and reality. Wider separation from reality brings suffering, disappointment, and frustration in the longer run.

Baseless optimism can be defined as a thinking style where we tend to think according to our desires, not with reason or reality. It is like wishing for desirable outcomes for our actions or a convenient process or life. Thinking that whatever we desire will help us achieve the outcomes: just by desiring something to happen.

We humans appreciate positive emotions like happiness, joy, and achievements while aversive to negative emotions like anger, grief, and failures. Societal narratives force us to look happy and radiant all the time, denying the fact that no one can remain happy and full of life all the time. Many people even have the philosophy of a “good vibes only attitude”, where they avoid or mistreat the person who is grieved, sad, or in pain. Their argument for such an attitude is that everyone should avoid negative people and their negativity to avoid contagious negative feelings. Although it is advisable to avoid people with a cynical attitude and destructive mindset, it is wrong to mistreat people who are grieved due to loss or mis happenings.

The irony is that such “good vibes only” people themselves want to be treated with care and respect when they are at their bottom. It is easier to judge people without knowing their circumstances than to place ourselves in their shoes. But why we have become like this?

One answer can be the emergence of consumerist societies where happiness is for sale. Commercialization of goods and services has gone to such an extent that it disregards basic human emotions like sadness, grief, misery, etc. Anything that shows these emotions is considered weak and is looked down upon, termed as inferior traits.

When these emotions are publicly shamed, everyone tends to hide them in their subconscious mind and pretend to be happy. When the outer and inner worlds are this contradictory, a person suffers from identity conflict. The hidden or suppressed part of our identity becomes stronger and darker when it cannot find a way to express itself. Carl Jung illustrates this beautifully in his work “Inner Civil War”, where he writes, and I quote -

What drives people to war with themselves is the suspicion or the knowledge that they consist of two people in opposition to one another. The conflict may be between the sensual and the spiritual man, or between the ego and the shadow.

Good vibes attitude only people who mistreat or disrespect others just because others show negative emotions hardly help them to recover from their pain. Calling the grieved person negative or advising him to be positive, only hurt the person. Condemning the negative side of people never helps them overcome their hardships, makes their life more miserable. Carl Jung writes about this, and I quote -

Condemnation does not liberate. It oppresses. I am the oppressor of the person I condemn. Not his friend and fellow sufferer.

The forced positivity overshadows our reason and ability to see the world as the world is rather than how it should be. This realistic attitude toward seeing the world may be called pessimistic, but it is better than a wishful attitude. Accepting the fact this world is full of emotions be they positive, negative, or neutral. Denying all others except the positive ones means denying nature in its entirety. When we repress our grief or suffering, it creates a vicious cycle for our psyche. Denying the existence of the problem eliminates the chances of being solved.

Adopting a realistic attitude makes us aware of the fact that the outcomes of our actions can be desirable or undesirable and mostly not up to us. Chances of facing adversities are always there, no matter how hard we try or how talented we are. Success or failures are part of life, and so are happiness and sadness.

Living with a realistic view of life saves us from disappointments arising from our wishful picture of the world. Consider for an example where we are going to meet a new person, be it a boss, roommate, or romantic interest. If we are habitual of living in a fantasy world then our expectation from the stranger would be of friendly behavior, respect, or other positive reactions of which we can think. While he/she does not need to treat us badly or in an unfriendly way: keeping the fact in mind that he/she may do so can save us from the trouble we feel finding the hostile environment. If the stranger treats us with respect, then it will make us feel satisfied, and even if he does not do so that too cannot make us disappointed, as we were ready for that.

This article does not try to demotivate people who are optimistic and search for solutions to their problems. This article is more directed towards people who force positivity on themselves and others. Living with positivity does not mean that you must think positively all the time, or force others to think similarly. We must accept nature and its functioning; fighting is like fighting a battle, and we can never win.

If you have found this article meaningful. Consider sharing it with your family and friends. Your appreciation will encourage me to write more of such content.

I love to discuss cardinal aspects of our lives which shape our identity, thoughts and behavior

More stories from Adesh Mishra and writers in Psyche and other communities.