by Alyssa Sprague 9 days ago in stigma 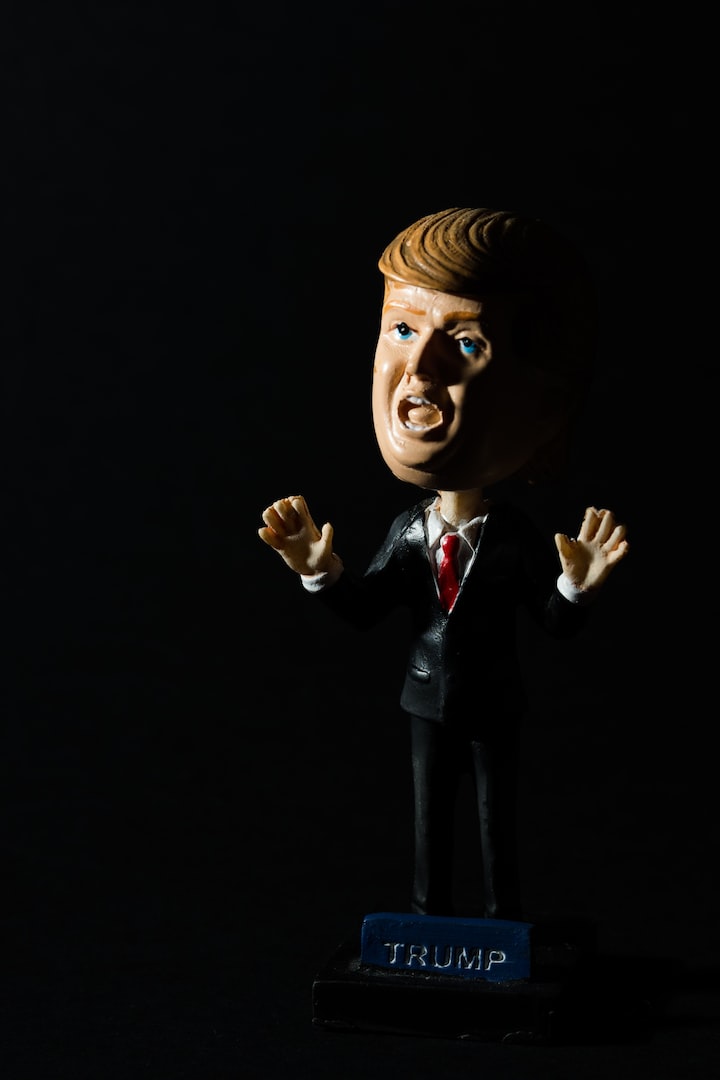 Photo by Sean Ferigan on Unsplash

There were many reasons why watching the first presidential debate was infuriating. Donald Trump’s childish tantrums and displays of disrespect were worse than usual. I’ve seen grade-schoolers with better impulse control and guests on the Jerry Springer show behave better than he did during his first live debate with the former Vice President.

Joe Biden’s performance wasn’t exceptionally remarkable, but at the very least, he gave articulate answers to the questions asked and showed respect to the moderator. I found Biden’s ability to remain as calm as he did quite impressive because I was screaming obscenities at my television throughout the entire debate.

Trump’s one-person show contained all of the greatest hits from his public speaking repertoire: insults, exaggerations, and unfounded conspiracy theories. In particular, one insensitive attack was a perfect example of just how out of touch with current affairs the President is — his comments about the former Vice President’s son and his substance use disorder.

In case you missed the exchange, it began with Biden making an allegation about Trump’s perception of service members. He then mentions his son, whom he describes as a Bronze medal winner and patriot. Biden was referring to his deceased son Beau Biden, who tragically died of brain cancer in 2015.

Trump quickly interrupts, using the opportunity to slander Biden’s other, younger son Hunter, who has been a frequent target of Trump’s conspiracy theories in the past. Hoping this comment will disgrace his opponent and possibly throw him off his game, he says: “Hunter got thrown out of the military. He was thrown out, dishonorably discharged for cocaine use. And he didn’t have a job until you were Vice President.”

Trump choosing to use someone’s struggle with a chronic disease as an insult is exceptionally lacking in judgment and sensitivity. He sees addiction as a character flaw and something that makes a person weak. His comment conveys that families should be ashamed or embarrassed if their loved one has a substance use disorder. These attitudes perpetuate ongoing stigma, and stigma prevents many individuals from reaching out for the assistance they need. (Although this fact is irrelevant, Trump’s allegation isn’t even accurate. Hunter Biden was discharged administratively from the Navy for failing a drug test for cocaine — not dishonorably.)

Trump’s attempt to throw Joe Biden off his game faltered, however. Unlike his opponent, Biden is no stranger to personal struggle, nor what it means to be a loving father. He made it clear that he sees addiction for precisely what it is — a mental illness that requires understanding and compassion, not stigma and pointed fingers.

Biden didn’t dodge the accusation, lie, or make excuses about the consequences of his son’s drug use. Looking right at the camera, Biden responded with genuine love and pride for his son. “My son, like a lot of people, like a lot of people you know at home, had a drug problem.” He continues, saying, “He’s overtaken it. He’s fixed it. He’s worked on it. And I’m proud of him.”

Biden’s public display of support for his youngest son’s progress in managing this chronic condition is more than just a commendable show of fatherly love. Biden’s response is precisely what this country needs more of right now in terms of leadership, at a time when substance abuse disorders and accidental drug overdoses are more rampant than ever.

The National Center for Drug Abuse Statistics estimates that over 20 million Americans currently have a substance use disorder. Over 700,000 people have died from drug overdoses since the year 2000. The current Covid-19 pandemic has caused a significant increase in these numbers. Over 30 states have reported a rise in opioid-related overdose deaths since the pandemic’s start.

The Damaging Effects of Stigma

In a time when our country needs a strong leader who understands the science behind substance use disorders and what the future holds for potential treatments, Trump’s comments reinforce an old and inaccurate misconception that drug addiction is nothing more than moral weakness. We now understand that genetics and mental illness contribute as risk factors to a person’s likelihood of developing a substance use disorder. It’s also believed that 50% of individuals who experience a mental illness will also experience a substance use disorder at some point in their lives. We need a leader whose policies will improve access to mental health services (and healthcare in general) for everyone in this country, regardless of ability to pay.

The Road to Recovery

Studies show that substance use disorder is the #1 most socially-disapproved-of medical condition in America. When addicts experience stigma, they are much more likely to withdraw and isolate themselves and are far less likely to seek treatment. Jerome Adams, the current surgeon general, summarizes this issue, saying, “The biggest killer out there is stigma. Stigma keeps people in the shadows. Stigma keeps people from coming forward and asking for help. Stigma keeps families from admitting that there is a problem.”

The only way to move towards any real progress, such as a decrease in the number of opioid-related overdoses in the United States, is to improve access to different treatment types and focus on rehabilitating users instead of incarcerating them. Trump’s comments about Hunter Biden indicate that he is not the leader who will move our country in this direction. If you or someone you know is battling a substance use disorder, don’t forget to get out and vote in this election for the candidate who understands addiction instead of the one re-inforcing stigma and other hurdles to recovery.

Check out my blog at modernjunkieprincess.com.

When I'm not working, I enjoy collecting pens and stationery and hanging out with my cat Miss Gypsy.

See all posts by Alyssa Sprague →