The Worst Part of My Second DUI

by Michael Francis 2 months ago in selfcare
Report Story

A lesson unlearned is a lesson learned twice 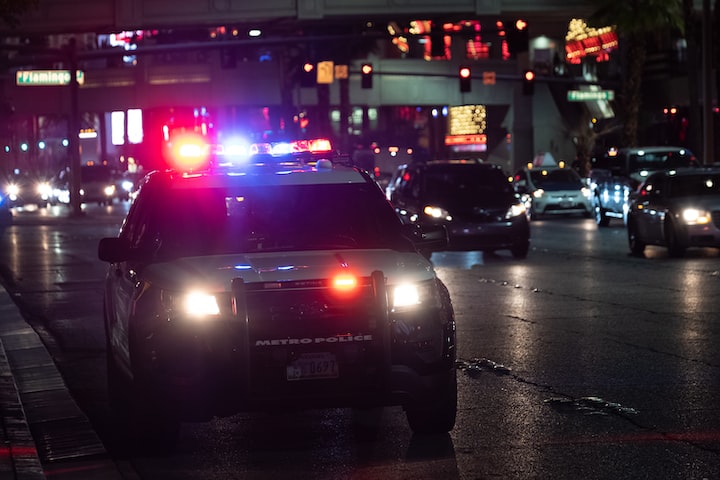 Unless alcohol is not at all your scene, chances are you know at least one or two people with a DUI. They’re pretty easy to come by.

The second one is a little harder to come by, but with the wrong attitude, minimal effort, and some poor choices, even that can come a little more freely than you might imagine.

I needed the first DUI. Had to happen. I was a danger to myself and my community, a near nightly ritual of drinking ending in a drive home. Getting pulled over was the best case scenario.

And if you really drill down, as dumb and frustrating as the second one a year later was… maybe it had to happen to. I love my life today, and I wouldn’t be here without all the things leading up to it, good and bad. While I imagine I could have landed here, or close, without the abysmal experience of DUI II, I can’t be sure, and I’ve come to accept that it was just part of my journey. And if that’s the way it had to be, well… I really do love my life today. C’est la vie.

That’s not to say the second one was easy. Or even tolerable. It wasn’t. And I knew that the instant it happened; despite having never thrown up while drinking, being placed in the back of a cop car staring down a second DUI was enough to empty the contents of my stomach. Twice.

Which made my lawyers job impossible, pretty understandably.

When the conviction fell, there were a lot of things that could be estimated to the the worst part of the experience. The nine day stay in the county’s finest accommodations, complete with not-quite-Zagat rated menu choices were pretty awful. The 5 year license revocation really hurt. And the money. Oh, the money. Between fines, insurance, lost income, Ubers, Greyhounds… I don’t bother trying to come up with a number, or where else I may have spent that tidy sum.

But none of that, as surprising as it may be, was the worst part of it.

The worst part of DUI II? That I had willingly subjected myself to a system that I knew was deeply flawed.

I have been critical of our justice system long before I allowed myself a first hand look at it. Getting through the first DUI was an experience, and I often found myself simply laughing at the inefficiencies of it all. From the court proceedings (don’t you dare be late, but should the docket get delayed for hours, well…). To the arbitrary set of conditions to drive again, like paying for wildly inflated insurance while simultaneously having a car with an interlock device that won’t allow you to drive drunk even if you wanted to.

It sucks. In part, it’s designed to suck. But mostly it sucks because it represents the worst of state power. Even if you may not be locked up, you are a forced consumer of the product. Your satisfaction is of no concern. And it seems that every person you encounter finds a way to remind you of that.

So the relief one feels when completing the last condition, paying the last fine, and returning to a normal citizen is actually pretty profound.

The inverse of that, of course, is sitting in the back of cop car knowing that you’ve just signed up do it all over again. But this time, worse. Much, much worse.

My life is great. But I’ve started to navigate the process of getting my license back, and thus been reminded of just how truly awful these systems are.

And I know this. I knew this. And still, I flirted with a line I, with every part of me, did not want to cross again.

So when you hear all the warnings of what a DUI brings, the jail, the fines, the insurance, the costs, the loss of your vehicle… all of that stuff is bad.

But remember you are also putting yourself at the whim of a system that is designed, on purpose, to be cumbersome, inefficient, and time consuming.

I won’t try to put a dollar figure on what I’d spend to avoid that, but I can promise you one thing: it’s less than the cost of tonight’s Uber.

It took me two laps to learn my lesson; I highly suggest this is one lesson you take from me. This is one of the few examples that I don’t want or need to be recognized as being right.

More stories from Michael Francis and writers in Psyche and other communities.