The Sunk Cost Fallacy Made Me Waste $1,000 and Two Years on a Failed Blog

by Kirsty Kendall 6 months ago in work
Report Story

You won’t get your money back, but you can still get your life back 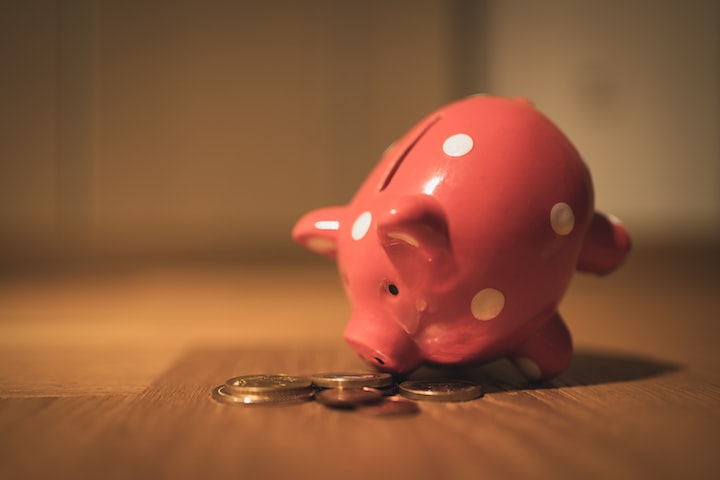 The sunk cost fallacy is a cognitive bias that can hold you back in life. It makes you continue an effort you have already invested money, time, or energy in. Even though you know the effort is not successful, you keep throwing good money after bad.

This is how the sunk cost fallacy caused me to waste around $1,000 and two years on a failed blog.

In 2019, I started a WordPress blog about unicorns (Yes, the magical creatures). Everybody loves unicorns, right?

So, I started writing blog posts such as “What Do Unicorns Eat? — An Essential Guide to Unicorns’ Diet” and “Church Of the Invisible Pink Unicorn — Unicorn Worship or a Parody?”. Anything to do with unicorns. I started to get some organic traffic from search engines. I wasn’t getting any sales from my affiliate links, though. I thought it might be because I needed a better WordPress theme. So, I bought my first premium theme. I also joined Google AdSense.

When my website was one year old, I had still made very little money with it. Instead of quitting, I decided I should start a dropshipping store on my site. I paid $89 for the Alidropship Woo plugin. I spent countless hours writing “high-converting” product descriptions. But I didn’t make any sales with my dropshipping store.

Instead of cutting my losses, I decided my website was too slow, and that was the reason I wasn’t making conversions. I figured out I needed a faster hosting plan. I purchased an expensive WordPress hosting I couldn’t afford.

I still wasn’t making much money with my site, even though I was getting better results in site speed tests. It wasn’t until Spring 2021 that I considered quitting.

But I still didn’t quit. I had spent approximately $1,000 on the unicorn website. It had earned me less than $100 in almost two years. I quit my dropshipping store, but I still didn’t quit my website and blog. At least I got to my senses about the expensive hosting plan and replaced it with a cheap one.

I didn’t spend any more money on my website, but I was still wasting my time. Besides, I purchased a 4-year hosting plan because it was cheaper. So, I was committing to a 4-year marriage with my failed blog. I haven’t written many posts on my blog for a while; I don’t have the motivation anymore. Yet I still haven’t deleted my website, even though I’m not making any progress.

It’s obvious that I had fallen for the sunk cost fallacy.

The sunk cost fallacy makes you waste time and money. However, the psychological justification for this behavior is the desire to not appear wasteful. This is irrational, because isn’t it more wasteful to continue a failed project or eat an ice cream you don’t even like? Yet the sunk cost fallacy makes people think it would be wasteful to not eat a bad dessert they already paid for. Or to not keep paying for the hosting of a failed website.

Isn’t it time I let go of my failed website already? Even though I’m not throwing more money on it, the blog is still eating up my mental energy. I love unicorns, but the blog is not helping me reach my future goals.

But there’s a part of me that keeps saying “That blog could still be useful in a way you don’t know about yet!”. At the same time, I know it’s the same voice that makes you hold on to your clutter instead of letting it go. That is the voice of fear. The fear makes you think you might miss out on a future opportunity if you let that thing go.

You may not even remember all the reasons why you started your old project in the first place. Are those reasons still valid to you? Or is the sunk cost fallacy the only real reason you’re still continuing that project?

Fighting the Sunk Cost Fallacy — How to Get Your Life Back?

You won’t get your money back, but you can still get your life back. In a study published in the Journal of Behavioral Decision Making, it was discovered that restricting life-span temporal horizons decreased the sunk cost fallacy. The researchers asked young college students to imagine they didn’t have much life left. This decreased the sunk cost fallacy.

If you found out you have only a few weeks of your life left, would you waste your time and money on a failed blog? Would you still eat a dessert you don’t like only because you already paid for it?

Nobody knows how much of life they have left. Life is short and you should invest your time and money in things that are meaningful to you now.

Mnemonomics: The Sunk Cost Fallacy as a Memory Kludge

The Psychology of Sunk Cost

More stories from Kirsty Kendall and writers in Psyche and other communities.