The Ship That Saved Me

The Sharks of Life 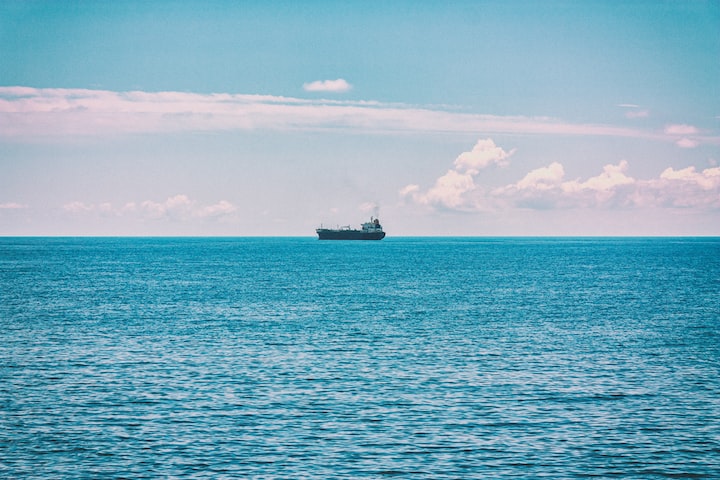 Photo by Алексей Паршуков on Unsplash

It’s been a month since I lost my job. I’ve had more stress than sleep. A friend of mine suggested I take melatonin before bed and here I am, 30 days later, desperately searching the bottom of the bottle for my last pill. I want to believe it’s working, so I’ll stick with that. I figured melatonin would be safer than emptying a bottle of red wine every night, although I have thought about it.

I laid flat on my back and stared into the pitch black, lost in a whirlwind of negative thoughts. I felt a wet trickle roll down my cheek. I didn’t bother to wipe it away. I let it stay there as I rolled over facing the bright numbers that read 2:15 a.m. “Melatonin, please kick in. I need to sleep.” I thought as I sighed. Finally, my eyelids began to grow heavy, my body became still, and my mind began to drift somewhere deep.

I walked along the beach just as the sun began to rise. The cool ocean breeze swept through my hair as I took in the beautiful sight and thunderous sound of the waves. Life felt perfect! But within moments the sky became dark as if the morning decided to become night. The wind was so strong it knocked me down into the sand. I attempted to stand up when a huge tide came along and swept me into the ocean. The water was bitter cold and I couldn’t see a thing. I tried my best to swim away from the tide, but it kept carrying me further away from the shoreline.

“This is it,” I thought. “I’m going to die.” I had no control over my body as the wind and waves tossed me back and forth. Then suddenly, everything became silent and the waves calmed down but darkness still surrounded me. I found myself floating in the middle of the ocean. There wasn’t a soul in sight and swimming to shore didn’t seem like a possibility. Panic set in. “What do I do?” I did the only logical thing I could do—swim! I swam as far as my body would take me before I grew tired. I stopped to take a break when I felt something beneath my feet. “What was that?” I asked myself as my heart began to pound. I put my head under the water and what I saw was enough to give anyone a heart attack. There was not one but two sharks surrounding me. Terrified, I began to swim for my life. “I’m surely going to die.” I thought.

It grew darker, thunder crashed down from the sky, and the clouds gave way to torrential rain. I swam as fast as I could barely able to see in front of me. I wondered if the sharks were still surrounding me but there was no time to check. My fear was confirmed when I felt something touch my feet again—the sharks were still there. In desperation, I screamed for help although I knew no one was around to hear me. And then it happened. “Ahhhhhhh! “Help! Somebody Help!” My foot was inside the mouth a shark! I tried hard but couldn’t escape its strong and vicious grip.

Unable to swim away, I fought for my life. I never imagined I would die like this. Suddenly I remembered I kept a small pocketknife attached to my key ring. I prayed that my keys had not fallen out. I dug my hand into my pocket and was somewhat relieved when I felt they were still there. I frantically opened the pocketknife, dove under the water, and vigorously stabbed the shark in its nose. The shark’s grip on my foot began to loosen until finally I was free. I swam away the best I could with my injured foot trailing behind. Eventually I submerged myself back under the water, checking my surroundings. The sharks were gone, the rain stopped, and the sun began to shine. I felt hopeless. I knew I would not be able to swim back to the shore with a broken foot. I had given up physically, mentally, and emotionally. Then I saw something in the distance. It was a massive ship cruising along the horizon. That ship was my only hope.

I swam toward the horizon. With every stroke, I gained a little more hope that I would survive. Out of nowhere I heard a loud ringing noise. It seemed so close, but I couldn’t figure out where it was coming from. Suddenly I was no longer in the middle of the ocean. My eyes opened and there I was lying in the middle of my bed. The loud ringing noise was my phone. My friend Lisa was calling.

“Hey Emily. Sorry if I woke you. But I was just standing here admiring a painting titled “The Ship on the Horizon” and for some reason I thought of you. My gallery manager quit without warning this morning. Can you believe her? But anyway, I know you’re looking for a job. Do you think you would be interested in the position?”

“Wow, Lisa! I’m more than interested. The ship on the horizon was indeed my only hope. It saved me from all the darkness and the “sharks” of life that have been eating at me these past few weeks. It was all a metaphor.”

“Wait. Huh? What are you talking about?

“Haha. Never mind, you wouldn’t understand. We’ll talk about it another day. But, yes, I would love to be the manager at your gallery. When do I start?

More stories from Rachel Elizabeth and writers in Psyche and other communities.