The Phenomenon of Pareidolia

by Judith Isidore about a month ago in disorder
Report Story

What is pareidolia, its causes and treatment methods? 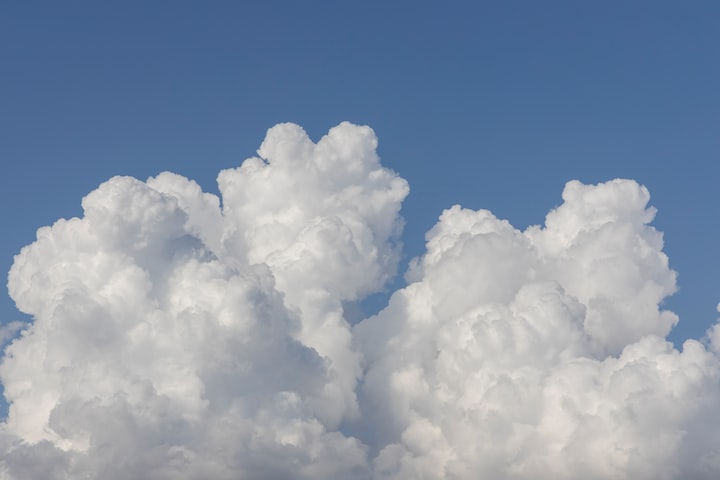 Is that a cloud in the shape of a rabbit? A series of stars in the shape of a human eye! Is it possible that I saw the pants thrown on the chair as a sitting man?!! Surely one of these situations or something similar has happened to you in your life. What is this condition, and is this transient condition classified as a disease or a scientific phenomenon? Let's get acquainted closely with the phenomenon of pareidolia.

The human brain is used to interpreting faces in the blink of an eye, but sometimes things can deceive us and assume that they are faces. But could this abnormal discrimination be the result of a fast process that relies on rapid vision (glimpsing things quickly), or could it be from a slower cognitive reinterpretation? This illogical interpretation of faces is called the phenomenon of Pareidolia.

The term pareidolia refers to two Greek words - PARA and IDOL - meaning "erratic or random image." Scientists also interpreted this phenomenon as a type of apophenia, which means to drop; Any attempt to link separate things or events together to give them a new meaning is not valid. It was also known as that psychological phenomenon that causes some people to see a picture or hear a mysterious sound; It may be random.

The part of the brain responsible for interpreting faces is called the fusiform gyrus, which has two main sides; Each of them is responsible for a specific function, the right side issues slow commands and needs a specific time to identify faces and interpret them with complete accuracy, while the left side makes a quick judgement on the face that the eyes glimpse, and here the human mind may interpret the quick glimpse of the face to give wrong results and correct them by the right part after that.

The brain scans or imaging inside our brains. It constantly checks for random lines, shapes, surfaces, and colours. And that is after he matches it from a certain image, and then an image comes out on a merging of these two images, for example, you may glimpse the full moon and someone comes in your mind to see the face of that person on the moon. But this case is not limited to images only; Rather, mixing may occur in the hearing (such as speech and songs), as the mind may match two sounds at the same time.

What is known about the human brain is that it is as complex as a computer, as the huge amount of information in the brain may be intertwined with each other to give irrational connections.

From a philosophical point of view, there are many theories about this phenomenon. Experts have said that the cause of pareidolia is the human senses. They may think that the eye looks at things wrongly, or even the ear; Try to listen to an audio recording, but play it backwards. You will feel that this sound is a bit provocative and scratchy to the ear, even though it is the same recording that you have heard before and you will not be affected.

The phenomenon of pareidolia often has religious overtones for some. Some studies in Finland have revealed that people who are religious or who have a strong belief in the supernatural are more likely to see faces in lifeless objects and landscapes.

As stated by the American cosmologist and author "Carl Sagan" in his book (The Demon-Haunted World - Science is a Candle in the Dark); The ability of people to recognise faces from a distance, or in the case of poor vision, is an important survival technique. He also suggested that the phenomenon of pareidolia enables humans to judge at once whether the next person is friend or foe.

As Leonardo Da Vinci wrote of this phenomenon, “If you look at walls stained with different stains, or a mixture of different kinds of stones, if you are about to create a scene, you will be able to see a different similarity between the various different landscapes decorated with mountains, rivers, and pictures trees, plains, wide valleys, and a variety of hills.”

It is also mentioned in one of Da Vinci's notebooks that artists sometimes use this phenomenon to their advantage by including hidden images in their work.

Is pareidolia a disease... and does it have a cure?

Studies indicate that nervous people, and people with negative mood states are more likely to develop pareidolia, as the explanation for this excessive phenomenon is that these people are in a state of high alert for danger almost all the time; So they are likely to develop unfamiliar faces or voices.

As statistics have shown that women are more likely to see faces, this may be related to the fact that women have a better ability than men to detect emotions by deciphering facial expressions.

In psychology, some psychiatrists use the phenomenon of pareidolia to show the hidden feelings of their patients, by doing the ink and paper experiment, in which the doctor sprays ink on the paper and folds the paper from the middle; Then the doctor asks his patient to explain the image that resulted from the splashed ink spots, then the patient begins to bring out his deep thoughts by explaining what he might see. But this method of treatment was not supported by psychologists and described as having no basis in facts.