The Fifth Cup of Coffee

by Whitney Sweet 25 days ago in anxiety 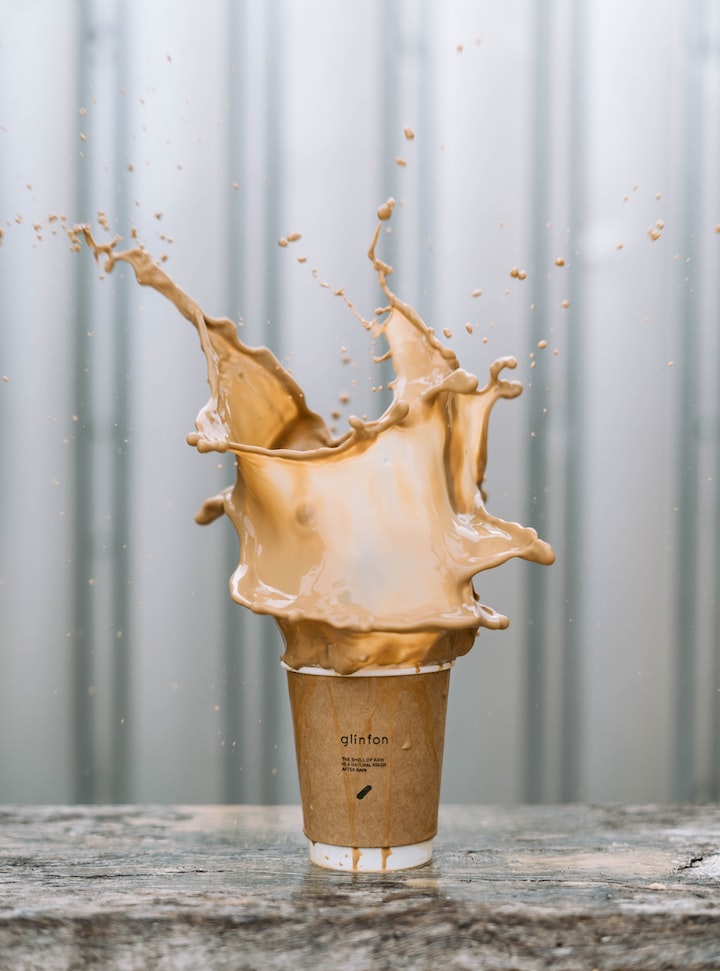 Photo by Ohmky on Unsplash

The Fifth Cup of Coffee

“Sometimes, you can drink four cups of coffee,” my doctor says. “But if you drink the fifth, well, that’s when the trouble starts.” He looks at me while I’m sitting on the examination table. My husband sits in a chair on my right.

“So-o-o, I-I-I-I drrrank the fifth cup of co-o-ffee?” I stumble over my words, my speech feeling like it’s coming out about a hundred times slower than usual. I have to think about pushing the words out. The words hurt my brain. Last week I sat in this same room, the doctor telling me that because my anxiety had been getting worse over the past few months that we just needed to “tweak” the dosage of my antidepressant. Sometime just a little “tweak” is all it takes to make all the difference in the world. That, and more fresh air. Oh, and no more naps. I’m really not happy about the no more naps thing.

But, the little tweak, turned into the fifth cup of coffee. And loss of control of all of my emotions. And the feeling like a man in heavy rubber boots was mashing up my frontal lobe. And a trip to the emergency room. And a now, a return to the doctor’s office.

I’d been taking the new dose for two days. Nothing much changed. A bit of a headache (pretty standard) a slight stomach upset (OK, fine), but then day three happened. A half hour after taking my pills, which I take in the evening with my dinner, because it says on the label I should take with food (I’m very good at following instructions), I became giddy. It was fun at first, I was flying high. It was like I was at a party. I made castanets out of empty pill bottles. I sang, I shouted, I laughed, and laughed, and laughed.

I don’t like the word hysterical because it implies that because women have a uterus (from the Greek Hysterika meaning uterus) that we are unable to function or process emotions, but I was hysterical. I was at a party, and I drank all the margaritas, all by myself. Only, inside, it was not fun. For one thing, I’ve never drunk more than three glasses of wine at any given time. I get tipsy, and it normally wears off fairly quickly. Feeling like this has never happened in my life. I felt like I was on a Ferris wheel, only it’s going too fast, and I can’t stop spinning. I can see the ground, I can see people holding out their hands to help me, but I can’t grab hold. I’m on the verge of tears, while I can barely breathe from how hard I’m laughing. I’ve lost complete control of what I say and do. It’s terrifying.

This feeling lasts for hours. Eventually I go to bed, but I barely sleep because my brain is chattering away. I discuss things with my family, how this reaction was really weird. We decide to give it one more try the next day to see if it was just a fluke. I tend to react strongly to things. My body is sensitive. I trust that everyone around me is guiding me in the right direction, something I’ve had to learn throughout this recovery from anxiety and depression journey.

Anyway, onto the next day’s dose (day 4, if you’re keeping count). This time, half an hour after I take my pills, I can barely speak. I can’t keep my eyes open, I feel like I’m underwater. My brain hurts. I am down. Down deep. Crying, sobbing, I’m never getting up kinda down.

My family is scared. My husband phones Telehealth. Unfortunately, he tells the nurse that I’m slurring my speech. She thinks I’m having a stroke and insists on talking to me. I appreciate the work these nurses do, but she really got fixated on the whole slurring thing. After I answered (with great difficulty) all of her questions, she told me I needed to go to the hospital right away.

Off we went. I didn’t want to go. Luckily, we have a hospital in town only five minutes from home. When I arrived, there were no people waiting to be triaged. I was seen right away, and taken in. My heart rate was very high. My anxiety was even higher.

There is a thing you can get when you take antidepressants. It’s called Serotonin Syndrome, or Serotonin Toxicity. We were afraid that this is what was happening to me. The shift in my behaviour, especially not being able to speak, was terrifying.

I quickly saw a doctor who assured me I was not being poisoned by my medication. That most likely the dosage was just too strong and I should see my family doctor again as soon as possible. He gave me an Ativan to calm me down, and some pain killers for the headache I also had. I was home again in an hour and a half.

When I returned the next day to my doctor, he didn’t necessarily agree with the diagnosis I received. The “fifth cup of coffee”, as he put it, was possibly an indication that I had been poisoned. I had had, at least, a very negative reaction to the increase in dosage. I had been overdosed, I guess.

I was sent home with plans to rest, get fresh air, see my therapist, and take regular doses of Ativan to calm myself down. Also, to go back to my old dosage of my antidepressant.

It has been a week since all of this happened, and I am finally, sort of, starting to come around to feeling like myself. My therapist told me I had experienced a manic/ depressive episode. My brain, which I had become acutely aware of as of late, told me I felt terrible.

Every time my anxiety increased, I began to stutter. It was so difficult to talk, and to form the simplest of sentences. My tremors, that I have on a normal basis, caused by my anxiety, became extreme. I couldn’t even hold a glass to take a drink.

This experience has been terrible, frightening, and one of the worst feelings I have ever been through

Mental health recovery is no joke. Antidepressants are serious. I hope I am able to fully recover soon.

Poetry: The Weight of Nectar

See all posts by Whitney Sweet →