The Beginning or the End?

by Compounding Fractures 2 years ago in bipolar
Report Story 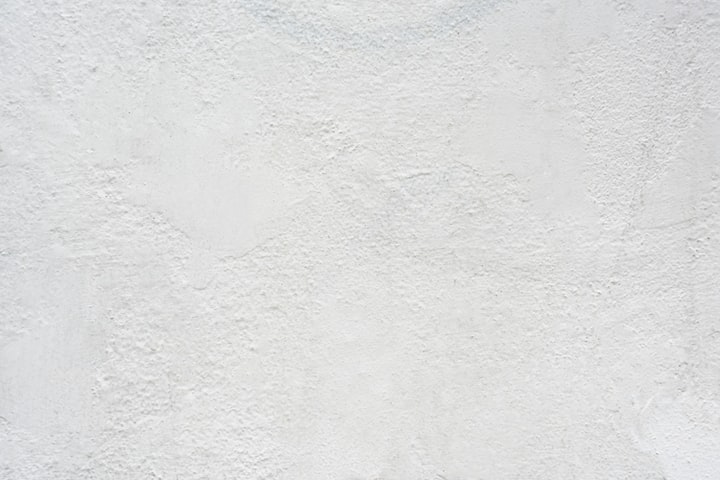 Photo by thomas heintz on Unsplash

I had finished cutting a perfect square. They told me so. A focused and steady hand after an already long day that started with a whole multi-color of uppers, downers, screamers and laughers.

A mix tape on CD... not some bartenders Friday night. But I knew nothing of those days yet.

This was a small town full of it, I was just lucky enough I knew someone who would sell me alcohol underage. Though I rarely abused that then.

This was curiosity in the days of Stumble Upon. Not only was that my way of searching for new things in my world at the time, it's how I came to experience... just about anything.

I've always been happy. Believed happiness was a choice.

You choose to smile at a stranger. Not if they smile back.

But think of their day, can you not? That moment in anothers' shoes.

That's what I lived for. Moments and empathy. No life plan. That's still too far ahead on adulting levels for at this point I'm only 20.

I had responsibility and 'wisdom beyond her years' or so I was told. Felt it at times too. Something spiritual speaking through me.

But now, there is one is speaking too loudly.

My hands are over my ears.

They had arrived late.

I'm on the ground in the fetal position.

An exaggeration for sure. But this is my story.

I float around my moved apartment. Couches have changed to accommodate more hangouts. They feel unfamiliar.

I look towards a white wall.

There's a black tiny dot. It doesn't grow but my mind fits through it.

My name is Catherine... something.

I see my new mother.

She strokes my head.

Pulled back by a grip on my shoulder and I'm told;

"You're not really supposed to do that."

We're in this couch pit that's been created. The 5 of us.

I remember little but music I wasn't really into in that moment. Any other time. A show. In the kitchen. Just. Not. Then.

I want to get in a warm shower.

Be in my favorite brown blanket. It's heavy. I need to be weighted down in comfort.

I feel I can ask for nothing.

Handed the charger and balloon that's cut I inhale.

As I breathe out I fall back.

I am in a room full of white.

One is crouched down laughing.

One has his head against the wall walking into it.

One reaches out to me.

I am crying in the corner. My hands around my knees.

The last locks eyes with me, his hand on my head.

I come to but I am still gone.

I feel like I'm pulled up from mud as in some concert field.

The grip of the hand is real. The grip on reality is not.

Thoughts are loud or absent.

At some point I was on the back of a moped.

That was a poor choice.

Hours I suppose are what passed.

My soul feels it passed.

I refuse the Xanax that probably would've been a saving grace.

There is no grace here.

I refuse cigarettes. Then nicotine withdrawal ensues. I over smoke. Nothing works to compensate for the energy I have.

Somehow I am still working.

I refuse food and to this day am surprised the next two weeks are okay. As in I didn't die. Just thought I did.

I remember throwing away half an apple at the corner on the street.

'I feed from the universe and it's energy now.' I think, but my body disagrees.

There is no sleep.

"Did you want us to leave you alone?" They had said. And I did. And I wrote.

To this day I wish I had that red notebook. The one with my notes from my Thomas Keller essay I presented in culinary school and my perception of how human souls evolve into god.

Who knows where it is now. I vaguely recall ripping out the pages whether to hide it from myself having regained consciousness... or someone else. Any eyes. There are too many eyes on this.

I am a shell of the former happy me.

Hours on end spent in the same place.

My mind slipping between imaginary and moments of engagement.

My family wonders if I'll ever come back.

I have at times and at others I slip back.

My mind has hidden parts of my own reality... yet unlocked others. But you'll learn some of those later.

No, I get to remain with this life, this consciousness and dabble in parallel realities in this realm. Maybe there are others. Perhaps the lines have blurred or this version of me has split.

Diagnosed with bipolar, but not everyone believes it. Others say PTSD and I'm about to be screened for it. Many think I have ADHD or am on Adderall 24/7.

"Don't label yourself." They say. "Don't define yourself by that." Well, no... but not doing so isn't working really, is it?

"But who am I going to be?" I cried to my sister spun out.

At least one thing's for sure.

The mind is a playground.

Thoughts, some given, others forced upon.

Both real and imagined fears.

Following only thought and feeling from experience of parallel perceptions.

The cards were dealt.